Deer mating season leads to an uptick in collisions

You may have noticed a lot more deer near the roads and it's not your imagination.

Southeast Wisconsin is in the thick of deer mating season and with that comes more deer and car collisions.

Sgt. John Wolfe with Wisconsin State Patrol said there is more than one reason crashes go up this time of year.

"It's a combination that there are more deer and there are also more drivers," said Wolfe.

Just last week TODAY'S TMJ4's Lance Allan had a run in with a deer damaging his car. 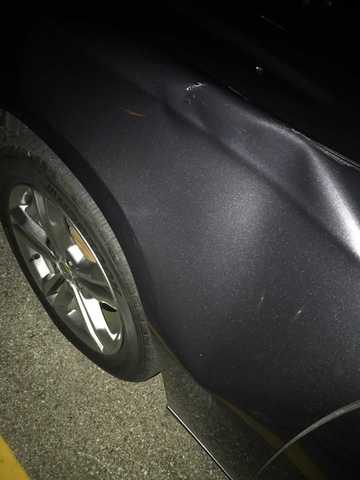 "I think the thing that they probably do wrong is not slow down for them," said Wolfe.

The air goes through the tube, which makes a whistling noise.

"There's a self-adhesive peel that you pull off and then you'll mount it right to the front here or you can mount it underneath," said Korevek.

The Department of Natural Resources said shorter days trigger rut and 90 percent of breeding happens in this two week period.

AAA said be extra alert during dawn and dusk since more deer are on the road during these times. Parents should talk with teen drivers about the potential of deer running into the roads.  If drivers see deer you're advised to hit the deer rather than swerve so you don't injure other drivers or those in your vehicle.