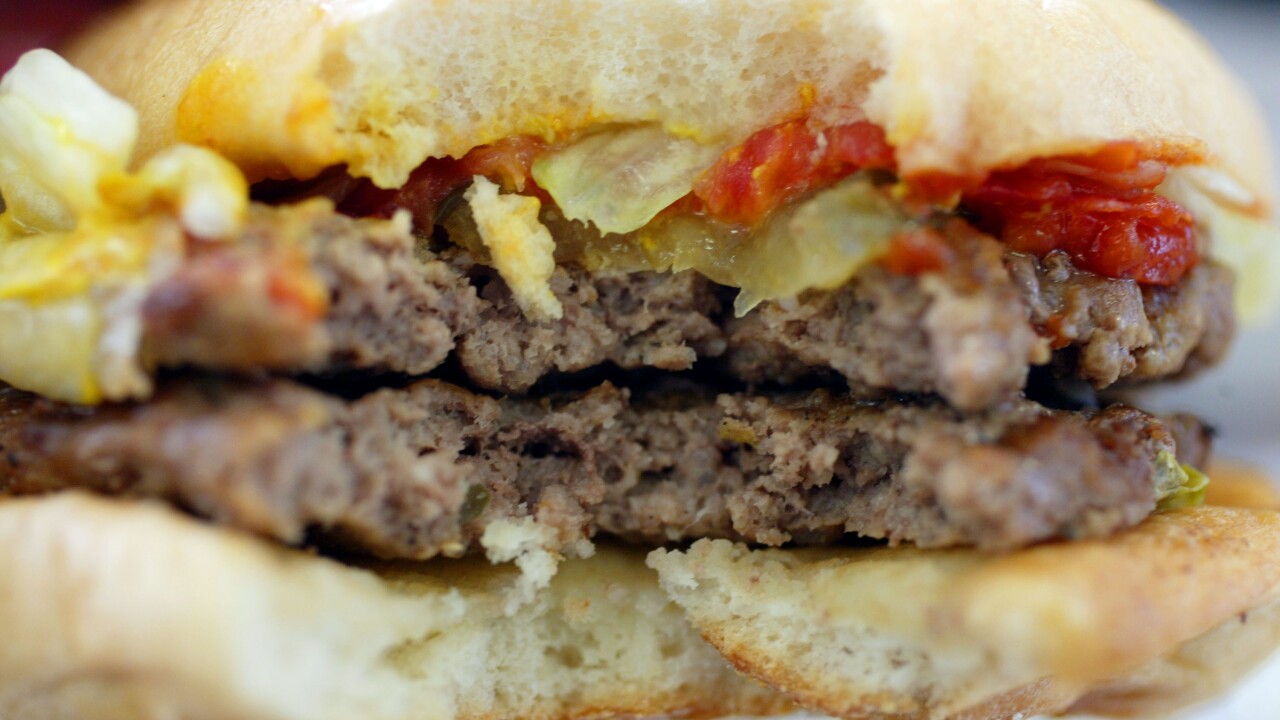 Joe Raedle/Getty Images
MIAMIL - JULY 18: A double hamburger is seen on July 18, 2002 at a Burger King in Miami, Florida. The health effects of an American diet of super-sized fast foods are becoming apparent as increasing numbers of children and adults are being treated for obesity. Studies seem to point to the fact that many overweight children and adults get a large portion of their calories by consuming too many sodas and sweetened juices and beverages. Sweetened drinks + "super-sized" meals + the convenience of fast food + a decrease in physical activity = a recipe for obesity. (Photo by Joe Raedle/Getty Images)

Kopp's Frozen Custard is best known for, well, its custard, but lately fans of the restaurant are concerned about something else, the bun.

Recently, Kopp's has made the decision to switch out the buns on their burgers, and some people are really not OK with it.

Reddit users expressed their feelings about the bun switch on a thread entitled, "We need to talk about Kopp's new buns for their burgers."

User 'steppedinhairball' said the new bun reduces the overall taste experience by about 5%, while other users were more hopeful. 'Opinionavigator' said, "Maybe we'll get used to it?"

Clearly this situation has hit Milwaukee hard, so hard that there's now a petition in place to bring back the previous bun.

"We the people, would like Kopp's to bring the old bun back, and put them back on top for Wisconsin's best burger," reads the petition homepage.

So far, just over 40 people have signed to bring back the old bun. The goal of the petition is to reach 100 signatures.