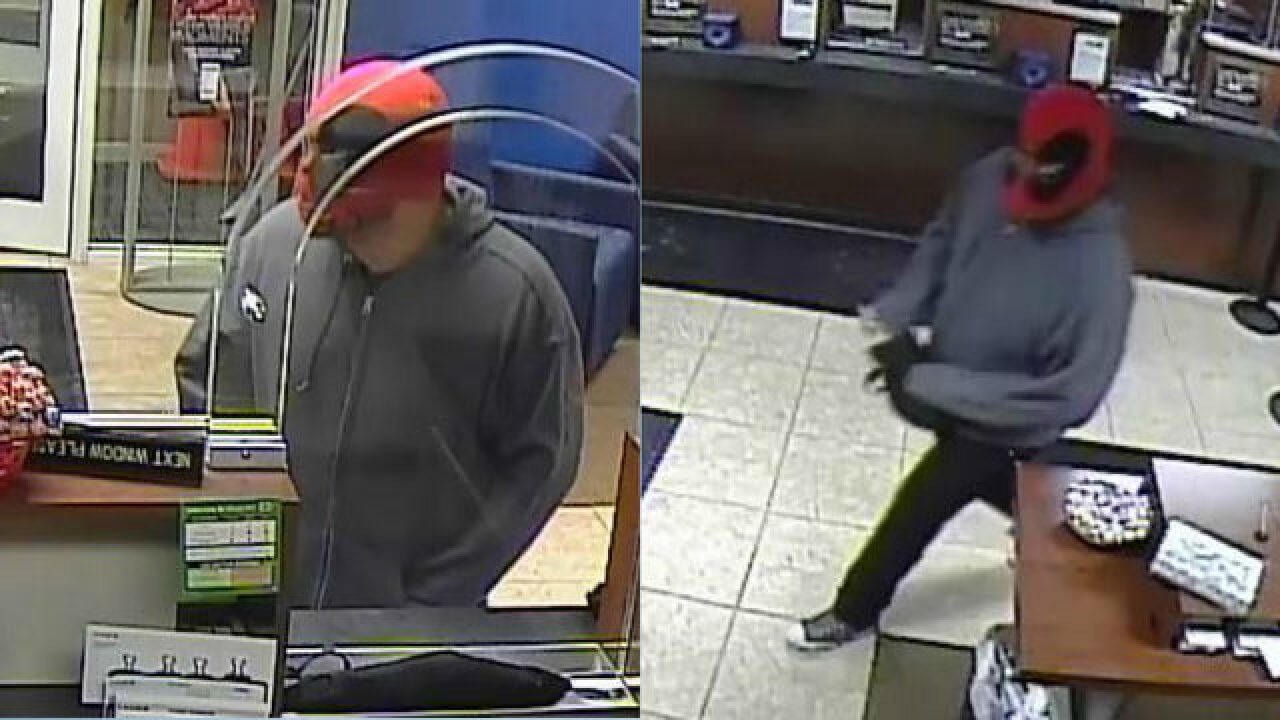 Copyright 2017 Scripps Media, Inc. All rights reserved. This material may not be published, broadcast, rewritten, or redistributed.
<p>Photo from WISC-TV</p>

For the second time in three weeks, a man robbed a Madison area bank wearing a ‘Deadpool’ mask.

According to our sister station WISC-TV, a man wearing the superhero comic mask entered a Chase Bank Monday night on the city’s east side with his hand in his pocket making it appear he had a gun.

Witnesses said the man was loud and intense as he demanded cash from a bank employee.

In late November, a robber wearing the same mask and grey hoodie entered an Associated Bank in Middleton, just outside Madison, implying he had a gun. It was not immediately clear if the Middleton robber was the same suspect in the Madison case.

Police said the suspect in the Madison robbery is about 5’9” with facial stubble. He’s about 200 to 250 pounds with a big belly and backside.

If you know the man behind the mask, or have information about the robberies you are urged to call police.