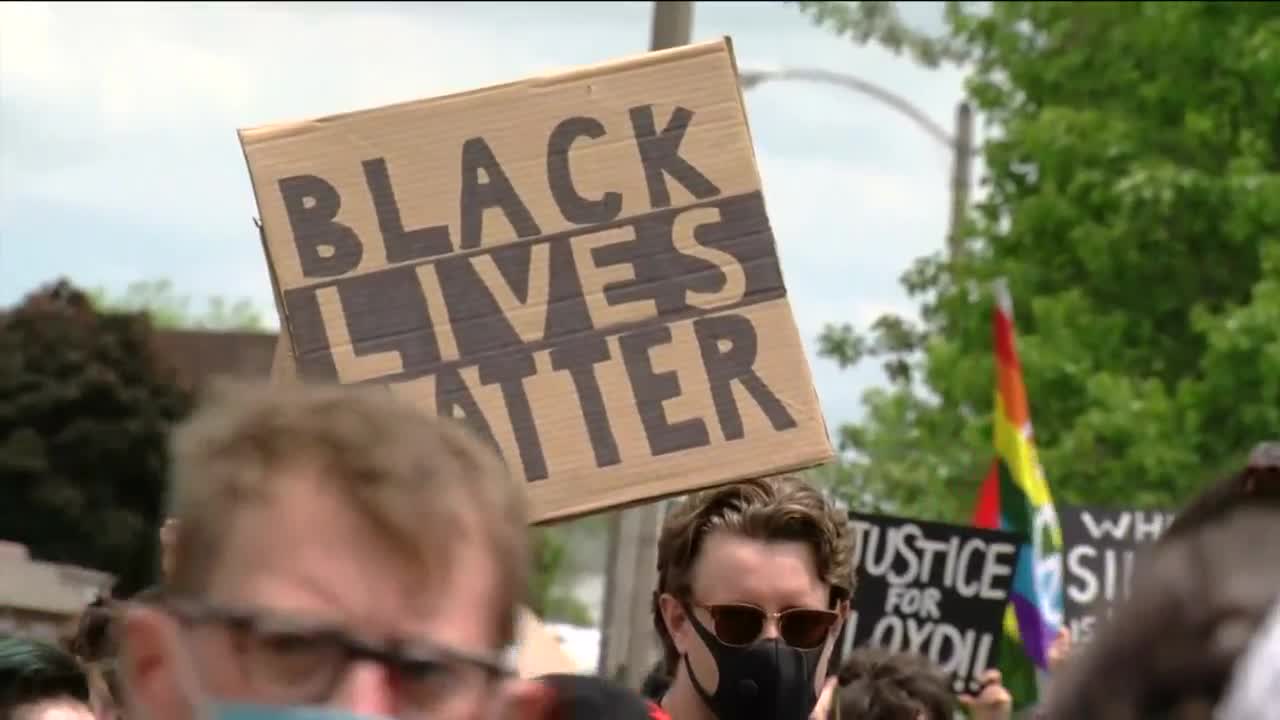 A day of action bringing awareness to the issues of racism and police brutality took place today.

MILWAUKEE — This weekend marks more than 50 days of protesting here in Milwaukee after the death of George Floyd in Minneapolis, and those taking part don’t plan to stop anytime soon.

People across Milwaukee are continuing to call for change; change, when it comes to the issues of racism and police brutality in the city.

While some are making their voices heard on the streets, chanting, others are taking part in activities where they can send a message visually.

On Saturday, both young and old joined together for a ‘Day of Action’ in support of the black lives matter movement, and the lives lost by police in our area.

Chair of the Black Educators Caucus, Angela Harris helped organize the event with other local groups.

“We wanted to create a space where we weren’t just protesting but also doing things that were active including the community, including folks that may not be able to get out and march,” Harris said.

Over on the city’s south side, the Bay View Community Center revealed its new justice garden, and allowed others to take part in decorating the space with art.

Joanna Geisler is a volunteer for the center.

“It’s really a community space for teaching, learning and reflecting about racial justice and police violence in our community,” Geisler said.

Naomi Elim and other high schoolers have marched in a number of protests, but on this day they created a mural.

“We’re standing up for our color and if nobody else sees our color, just know we do, and we’re not going to stop until we get justice,” Elim said.

Kids and their parents were doing the same in Cathedral Square, sharing their thoughts in chalk and paint on the sidewalk. This included Amanda Richard, and her five-year-old son, Carter.

“I want him to be prepared and understand that everybody thinks he’s so sweet now but it could change,” she said.

Until they see change, they plan to keep fighting, especially now, one day after the death of civil rights icon, John Lewis, with the hope of preserving his legacy as the movement goes on.

“You can’t just do one thing, participate in one march, and check a box and say you’ve helped dismantle racism. It needs to be a daily commitment,” Geisler said. “We need to be out here as long as police crimes, police violence, systemic racism are continuing to happen in our community.”

“He said when you know, when you see wrong, when you see things that aren’t right, you have to stand up for what you believe in, and I think ultimately that’s what we’re seeing right now,” Harris said. “We really are now standing on his shoulders and hopefully making him proud and in leading his charge.”

The day ended with a march on the streets downtown.