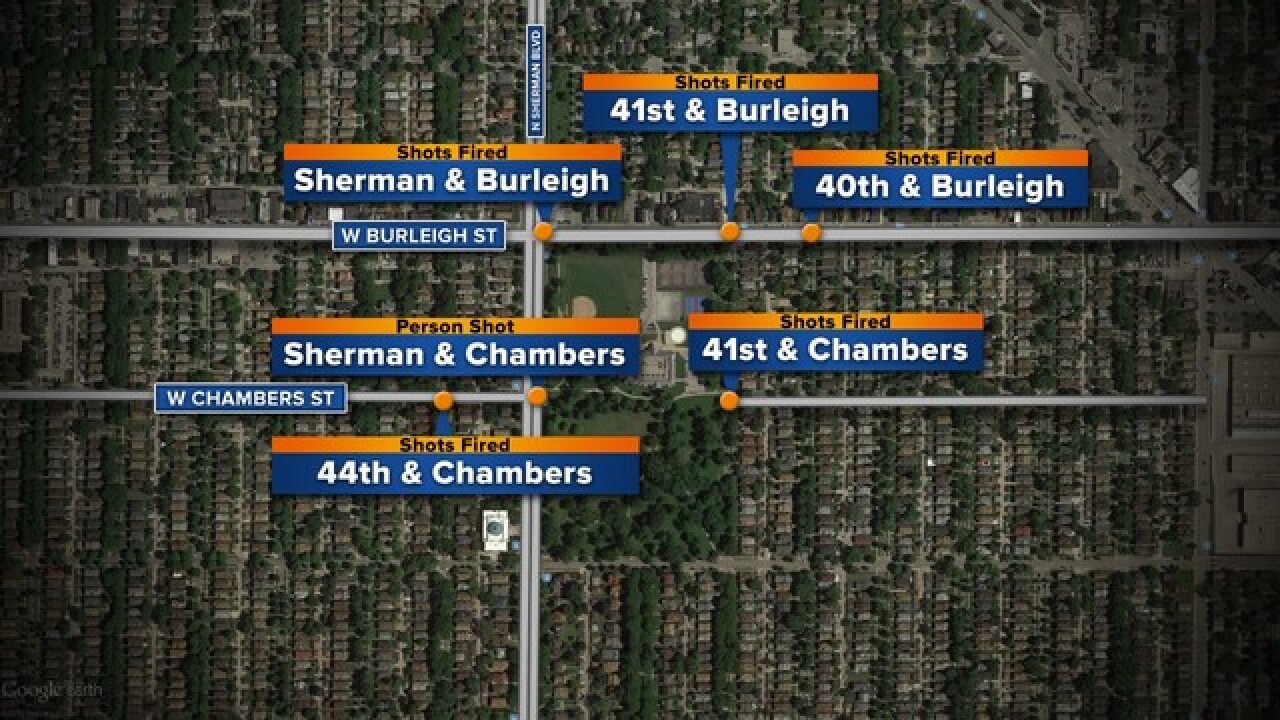 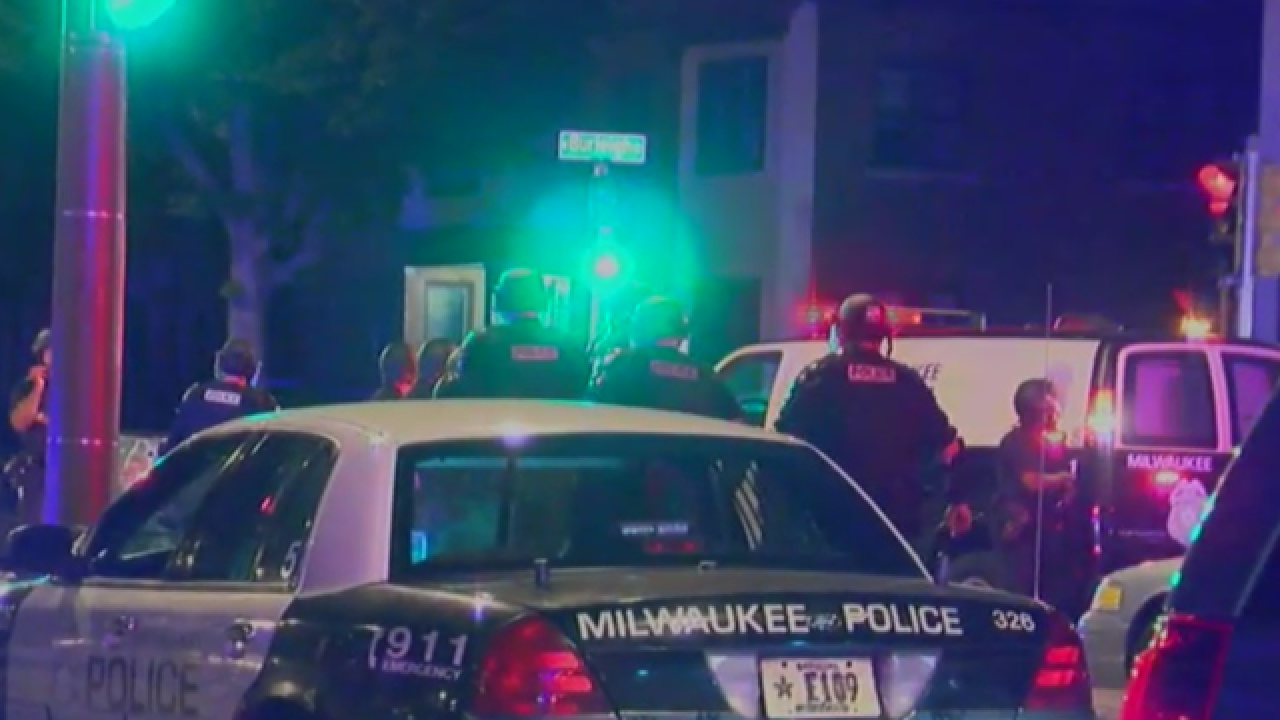 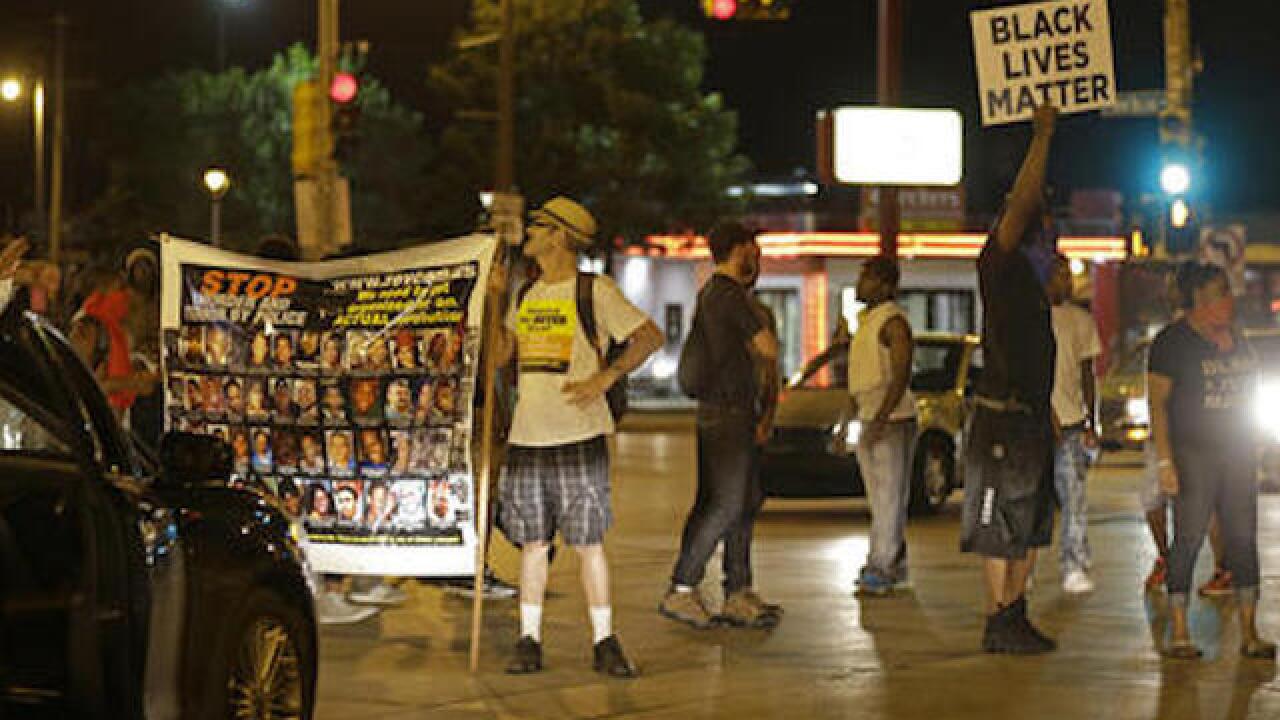 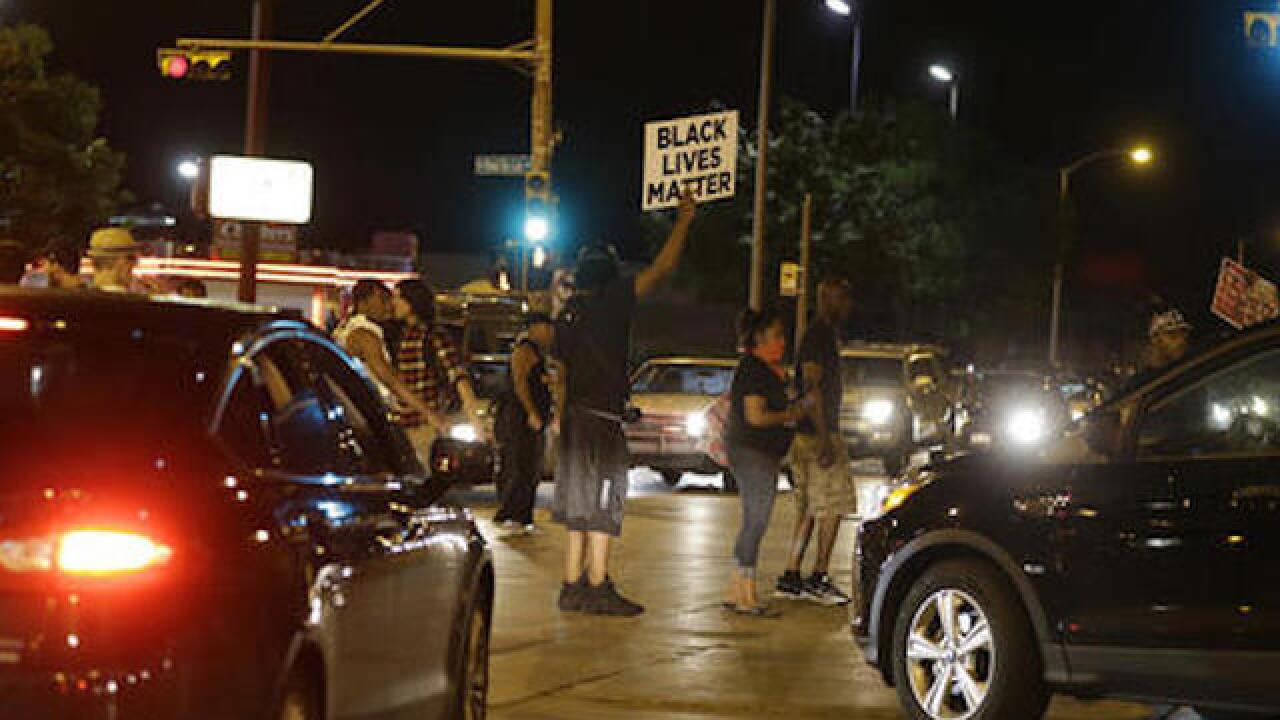 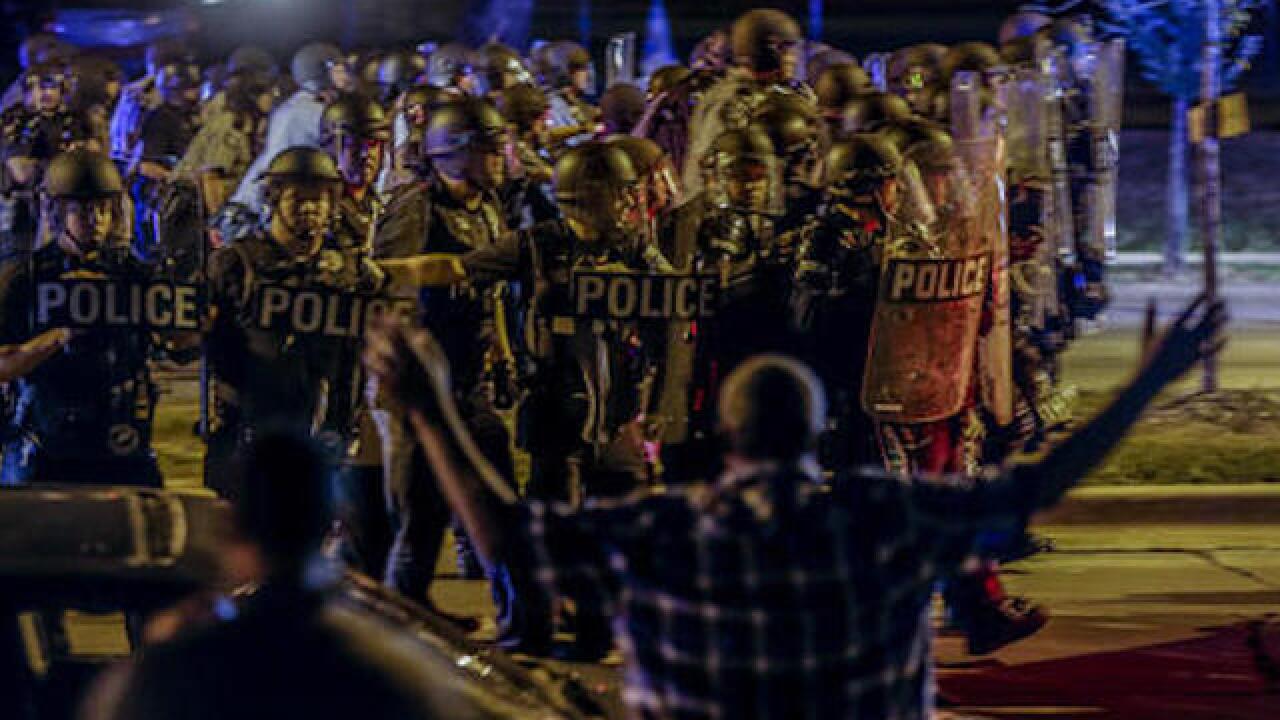 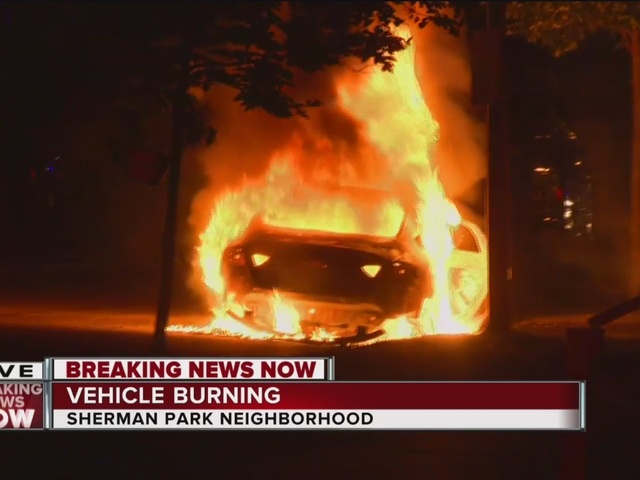 MILWAUKEE -- An 18-year-old man was shot and wounded and an officer was hospitalized Sunday night as violence erupted again Sunday night in Milwaukee's Sherman Park neighborhood.

Shots were fired in multiple locations, and an angry crowd threw objects at officers near where Sylville K. Smith was fatally shot by a police officer a day earlier.

TODAY'S TMJ4's Eric Ross tweeted the news that the crowd was throwing objects at officers just before 11 p.m. Sunday night:

People are throwing bottles at police next to the BP station that got burned down yesterday.

The renewed violence comes less than 24 hours after widespread looting and arson in the Sherman Park neighborhood after a Milwaukee police officer shot and killed an armed black man.

The Milwaukee Police Department also confirmed the news via Twitter:

Police also reported Sunday night that there were shots fired near Sherman and Burleigh, and they were able to rescue a shooting victim in the 3000 block of N. Sherman using an armored vehicle. The 18-year-old man was rushed to the hospital and is being treated for serious injuries.

The destruction was taken a step further just before 1:00 a.m. Monday when a car was set on fire near 45th and Hadley.

The city's police chief said Smith, 23, was shot and killed by a black police officer Saturday afternoon after he turned toward the officer with a gun in his hand. The officer's identity has not been released. The killing touched off violence that led to the destruction of six businesses on the city's mostly black north side Saturday night.

Gov. Scott Walker put the National Guard on standby to protect against further violence but they were not deplyed Sunday.

A small group of protesters ran through the streets Sunday night, picking up orange construction barriers and hurling them out of the way. Police posted on Twitter three locations where they said shots were fired. Police said an injured officer was taken to a hospital after a rock broke the windshield of a squad car.

Milwaukee Police Chief Ed Flynn said at a press conference earlier Sunday that Smith turned toward an officer with a gun in his hand. Flynn cautioned that the shooting was still under investigation and that authorities were awaiting autopsy results, but that the officer "certainly appeared to be within lawful bounds," based on video from his body camera.

He said the officer told Smith to drop the gun and he did not do so. It was unclear how many rounds the officer fired. Smith was hit in the chest and arm, Flynn said.

At the same news conference, Mayor Tom Barrett said a still image pulled from the footage clearly showed a gun in Smith's hand as he fled a traffic stop Saturday.

"I want our community to know that," Barrett said. But he also called for understanding for Smith's family.

"A young man lost his life yesterday afternoon," the mayor said. "And no matter what the circumstances are, his family has to be hurting."

Flynn declined to identify the officer who shot Smith but said he is black. The police chief said he wasn't sure what prompted the stop but described Smith's car as "behaving suspiciously."

Milwaukee County Sheriff David Clarke said Smith had been arrested 13 times. Online court records showed a range of charges against Smith, many of them misdemeanors.

The Milwaukee Journal Sentinel reported that Smith was also charged in a shooting and was later charged with pressuring the victim to withdraw testimony that identified Smith as the gunman. The charges were dropped because the victim recanted the identification and failed to appear in court, Chief Deputy District Attorney Kent Lovern told the newspaper.

Things came to a close around 1:30 a.m. Monday when police made several arrests and began to disperse.