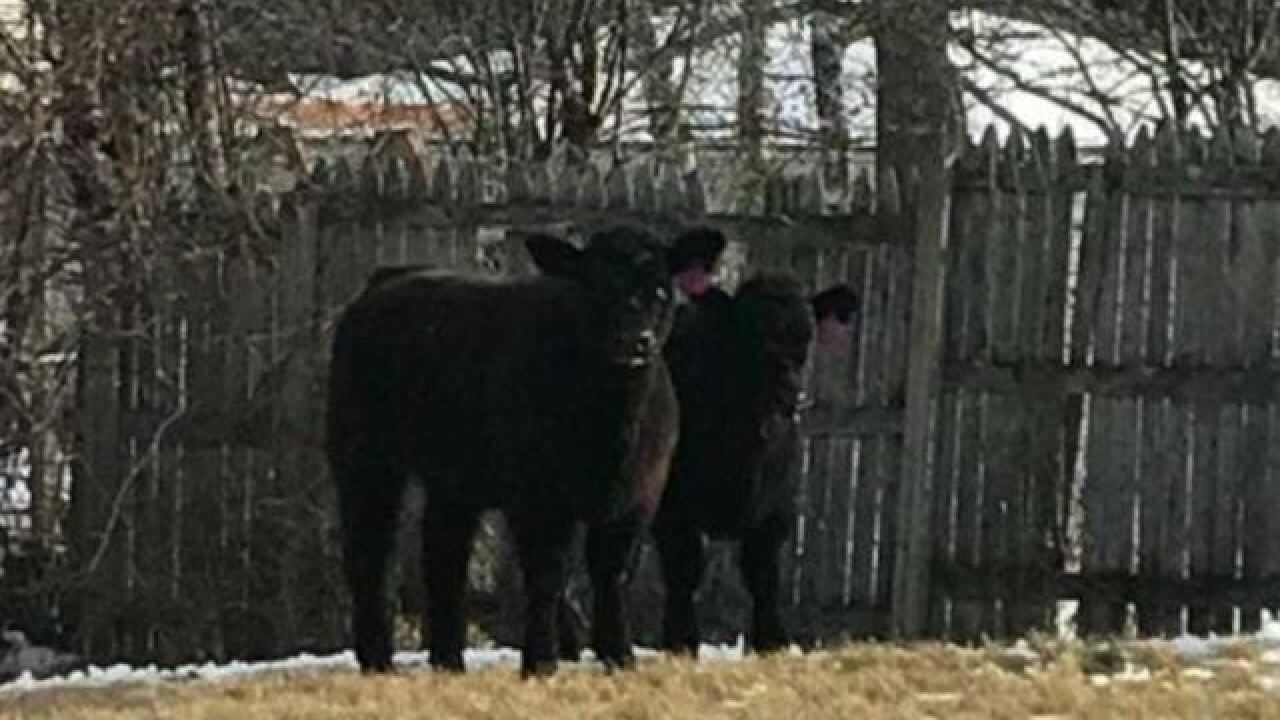 Two cows escaped their home and wandered the streets of Milwaukee Friday. The newest additions to Vincent High School decided to ditch out on their animal science class.

"They were starting to come in then they panicked and one of them headbutted a fence and it broke open," said Cliffron Cunningham, a junior at Vincent High School.

Violet and Daisy ran through the school's field into the street. They made it all the way from Vincent to 85th and Helena. It was nearly two miles. All the while Cunningham along with his teacher and other students were chasing after the cows. They even crossed Good Hope Road.

"Just heard a bunch of honking from the cars," said Cunningham.

"They took off. :The kids came running in and said, 'Ms. Gahan the heifers are out,'" said teacher Monica Gahan.

A Milwaukee Police Officer spotted the cows in a backyard, cornered by a fence. That's when they surprised the homeowner.

"They said, 'You have cows in your yard.' 'I'm like cows in my yard?' So I didn't believe the police so I go back there and look, cows in the yard," said Shanah Bohanon.

The police, students, teacher and some good Samartians including a few farmers all pitched in to get the cows loaded onto a trailer and returned to the high school.

As for the escapees, they weren't in the moo-d to explain their afternoon adventure.

"It was just hilarious," said Bohanon.

The school district says the beef is now grounded.