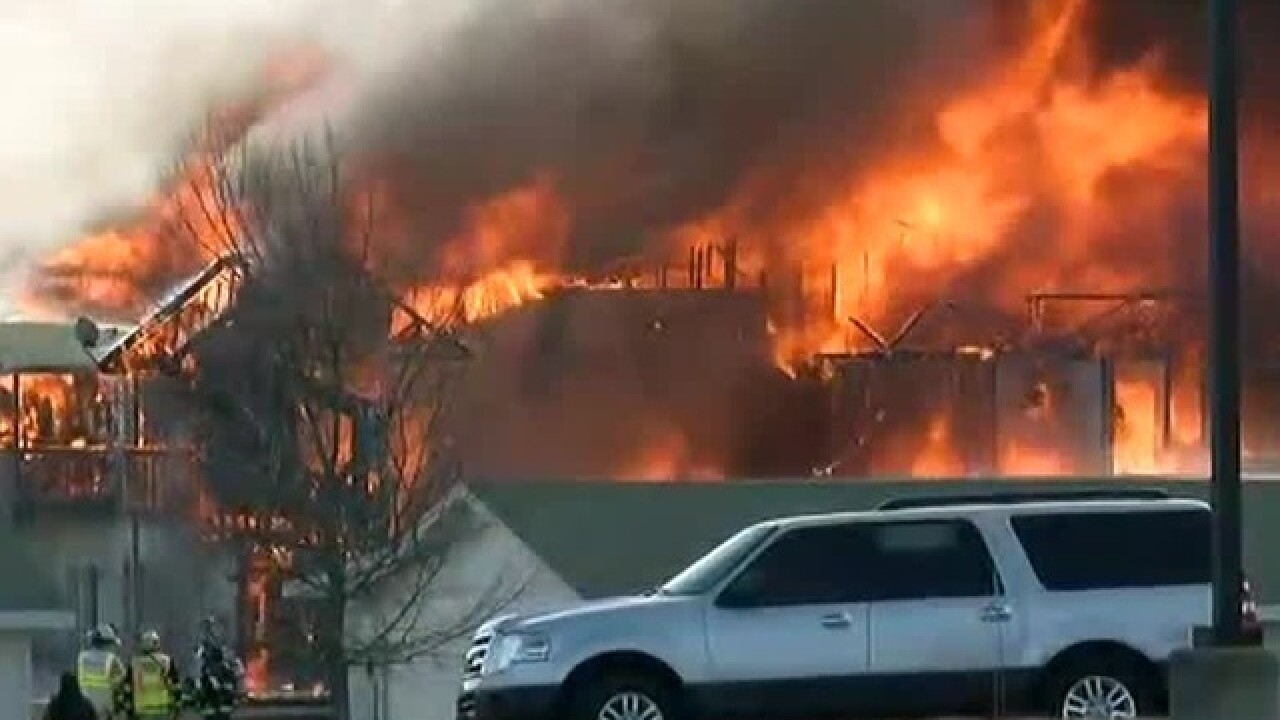 According to newly unsealed court documents, investigators found white supremacist material inside of the Beaver Dam apartment where an explosion killed the lone tenant last month.

On Thursday, Beaver Dam Police Lt. of Detectives Terrence Gebhardt said the white supremacist material recovered remains in the possession of the FBI.

"It is important we examine that material fully," he said.

A March 9 court document also indicates several firearms, more than 1,000 rounds of ammunition, exploding targets, and a ballistic helmet and vest were among the items recovered from the unit of 28-year-old Benjamin Morrow.

According to March 5 testimony from Wisconsin Department of Justice investigator Kevin Heimerl, authorities believe Morrow, "may have been at the stove potentially manufacturing or working with some type of explosive materials when the explosion occurred."

Heimerl's March 5 testimony described the damage caused by the blast as severe.

"Nearly all of the drywall ceiling has failed," Heimerl said, according to court documents. "A wooden attic truss directly above the kitchen stove which is supporting the roof of the building is fractured."

First responders later carried out a controlled detonation at the apartment building, at 109 Knaup Dr., in an effort eliminate remaining explosives.

They eventually burned the entire structure down as a precaution. Morrow's neighbors were left displaced.

The documents unsealed this week indicate investigators found at least some of the ingredients needed to manufacture TATP - Triacetone Triperoxide - in Morrow's apartment unit and garage.

Heimerl testified on March 6 that investigators searching Morrow's garage discovered a "liter size bottle or container with a tube inserted into the cap of it and the container appeared to be full of a white powder or white crystalline substance."

Heimerl also said 13 medium-sized jars found in a miniature fridge inside of Morrow's apartment "could be finished TATP explosive material or it could be in the process."

The court documents also indicate investigators looked into whether a man living in the Fremont, Wisconsin, area that was previously connected to Morrow's phone number was assisting him with the building of explosives.

However, Gebhardt said - for now - police continue to believe Morrow was acting alone.

"That's our belief at this time, but we continue to work through that information," he said.

Gebhardt said that anyone with information that could be relevant to this case should come forward. He said the easiest way to do so is by calling 1-800-CALL-FBI.