Comet named after Wisconsin astronomer to pass by Earth this week 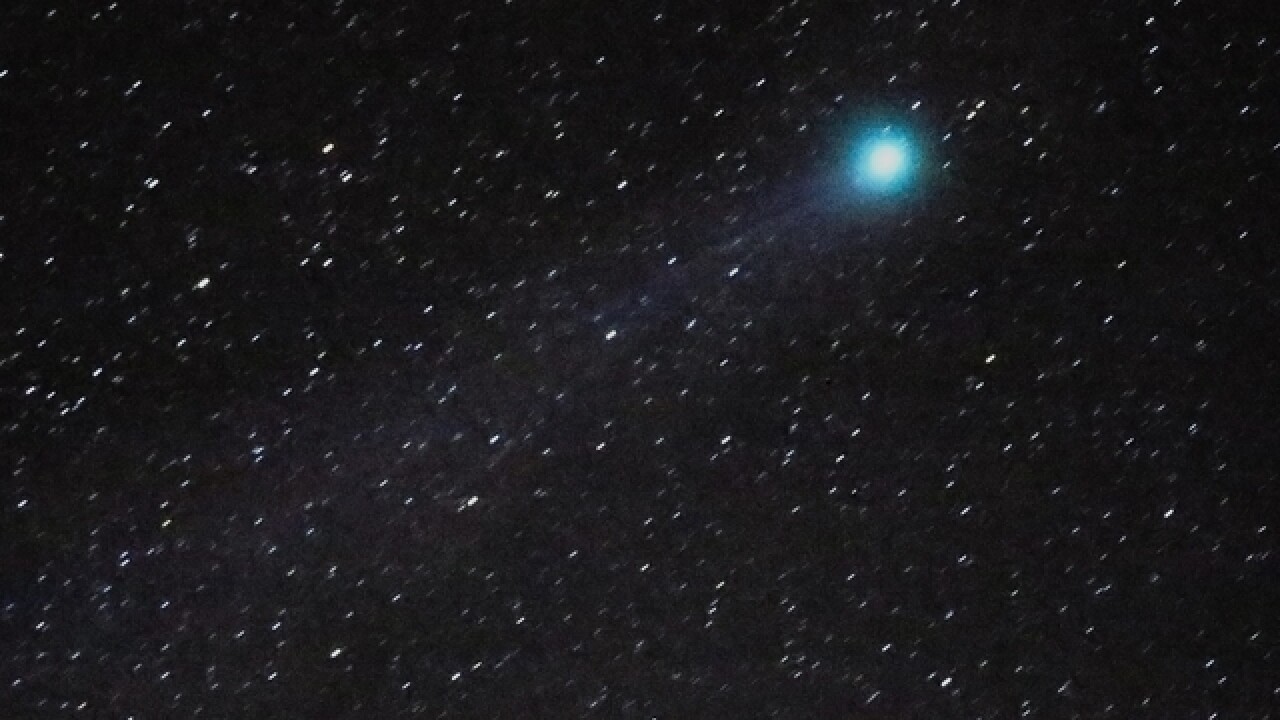 MILWAUKEE (AP) -- A comet named after a Wisconsin astronomer will soon streak past Earth and be the brightest comet of the year.

The Milwaukee Journal Sentinel reports that Comet 46P/Wirtanen will fly by Earth this week. It will be one of the closest comet flybys since the 1950s, but will appear like a diffused blob of glowing gray light.

The comet is named after Carl Wirtanen, who first spotted the comet in 1948 while surveying the movement of faint, distant stars.

Comet Wirtanen orbits the sun every 5.5 years. The comet will be closest to the Earth on Monday, when it'll be about 7 million miles away.

The comet can be spotted by looking toward the Taurus constellation. It will sit between two bright star clusters, the Pleiades and the Hyades.