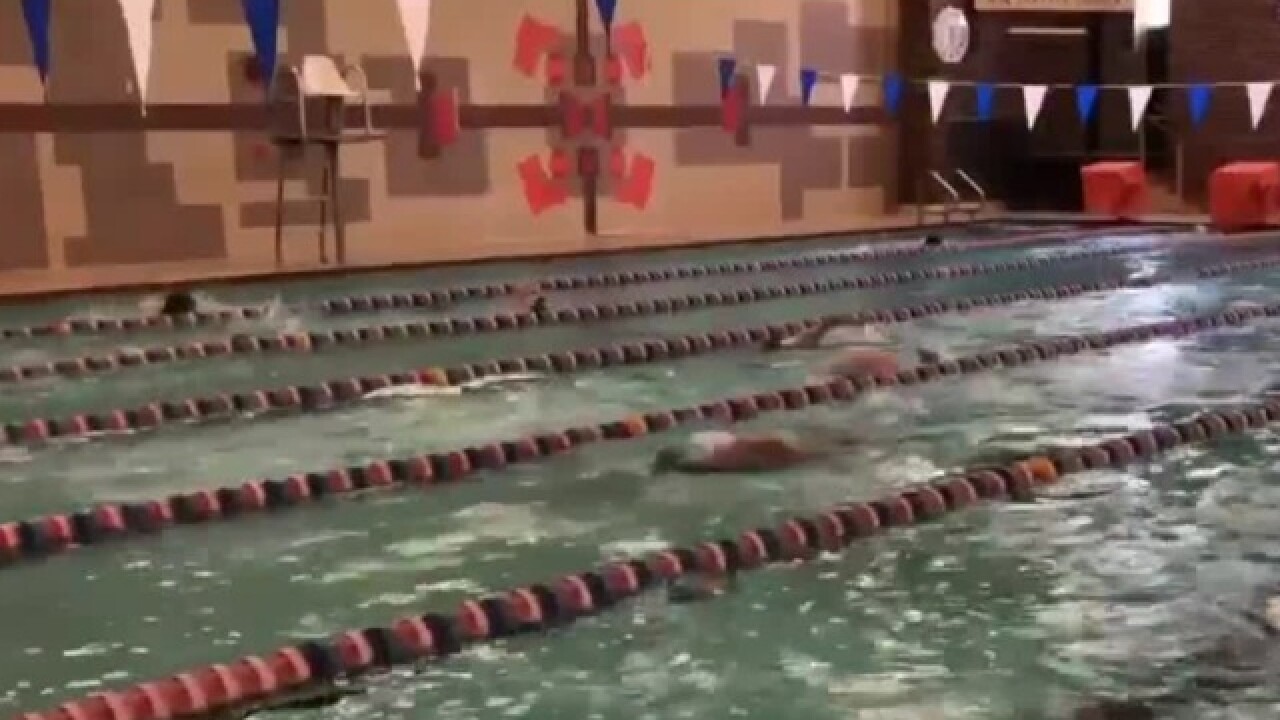 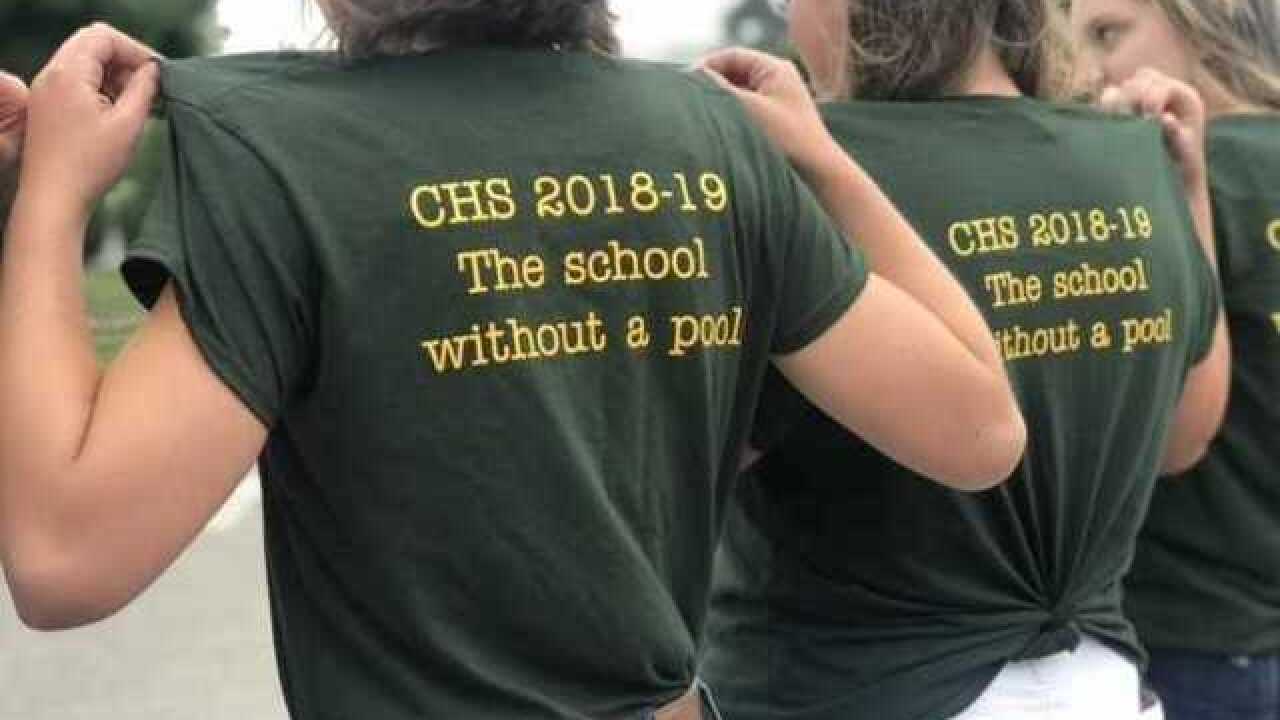 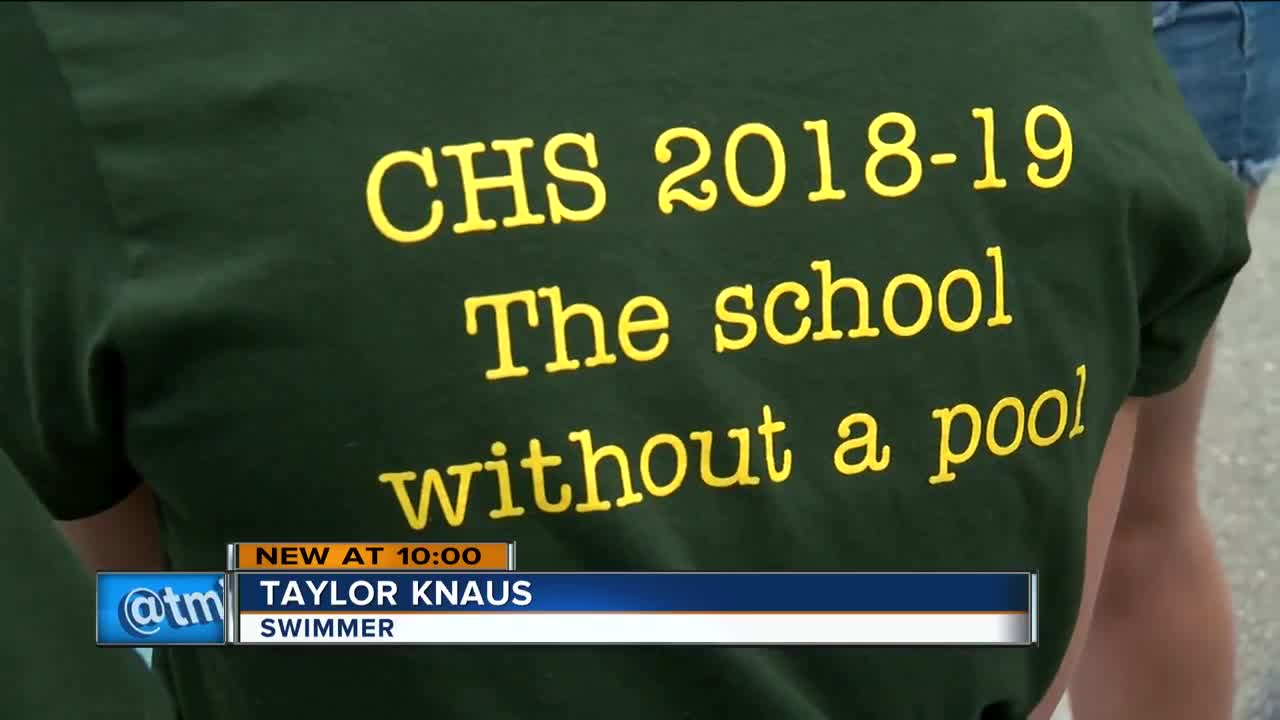 High school swimmers packed Racine school district's headquarters to demand answers after their pool was shut down ahead of the start of their season.

"Despite the taxpayers' support we stand before you with an empty pool and empty promises," said Taylor Knaus, a junior at Case High School.

The pool at Case is closed. Inspectors said it's not structurally sound.

Four years ago, the Racine Unified School District (RUSD) set aside money to fix it, but that never happened.

"It's frustrating when they ask for money for certain things and they don't. I have a problem with that," said parent Lisa Hart.

In 2014, the district used the promise of an upgraded pool as a selling point for a referendum. They included it in their material to taxpayers.

"I can't speak for that. I was not on the board at that time. So promises made for that referendum money, so right now we are doing the best that we can," said RUSD president Robert Wittke.

Would you a news referendum for Racine Unified School District if part of the money went to a new pool for Case High School?

The district's chief of communication and community engagement Stacy Tapp said it had to prioritize the money, opting to fix what she said were more pressing items.

The board was prepared Monday night to put a new referendum on November's ballot. Members decided to hold off to study the idea further.

"We should have money coming from the referendums from 2029. Before the ask taxpayers for any more money they need to fix what they were supposed to in the previous two referendums," said parent Tammy Knaus.

The school district said they will come up with a plan to fix Case High School's pool. But they gave no timeline on when that would be.

The students are currently using other Racine high schools to practice.