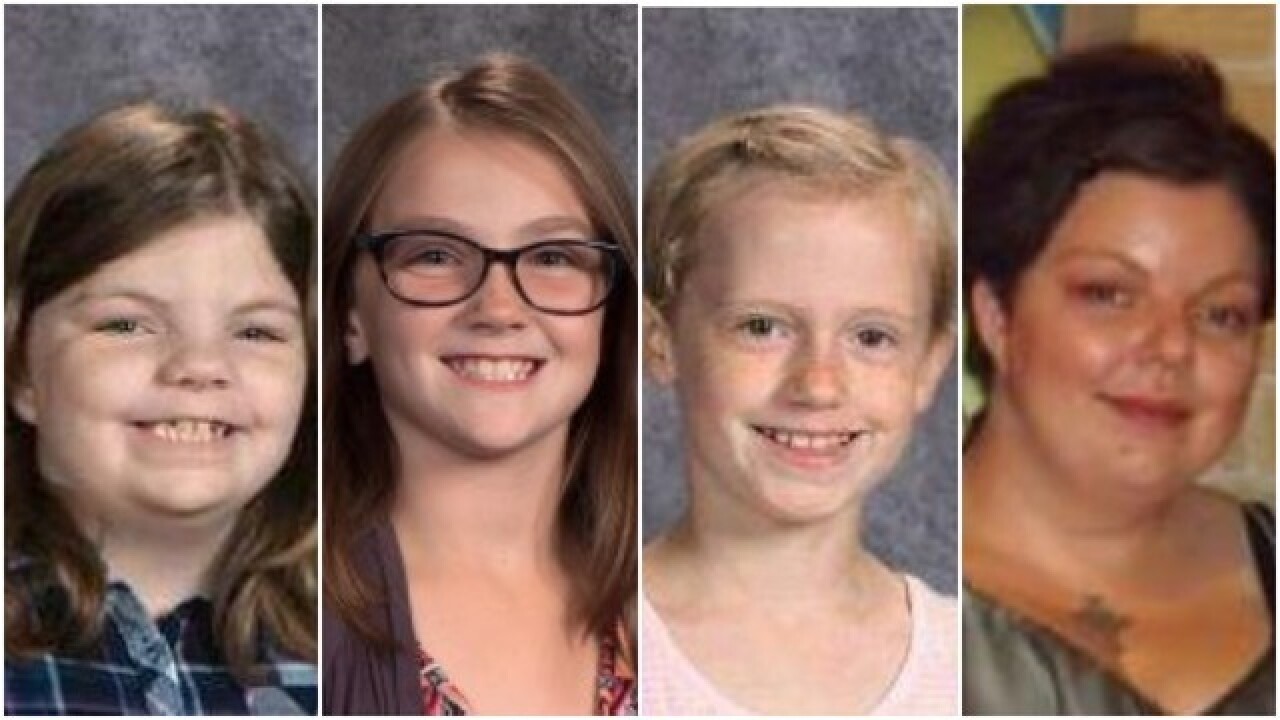 LAKE HALLIE, Wis. (AP) -- Wisconsin prosecutors have filed vehicular homicide charges against a 21-year-old man who police say was inhaling chemical vapors before he crashed his truck into a group of Girl Scouts, killing three children and one adult.

The 11 charges filed against Colten Treu on Tuesday include four counts of vehicular homicide and four counts of a hit-and-run resulting in death. The punishment for those charges is up to 160 years in prison.

The Saturday crash killed 9-year-old Jayna Kelley and 10-year-old Autum Helgeson, both of Lake Hallie, and 10-year-old Haylee Hickle and her mother, 32-year-old mother, Sara Jo Schneider, from the Town of Lafayette.

Treu is being held on $250,000 bond. A passenger in Treu's truck told police he grabbed the steering wheel when he saw that Treu "looked out of it."