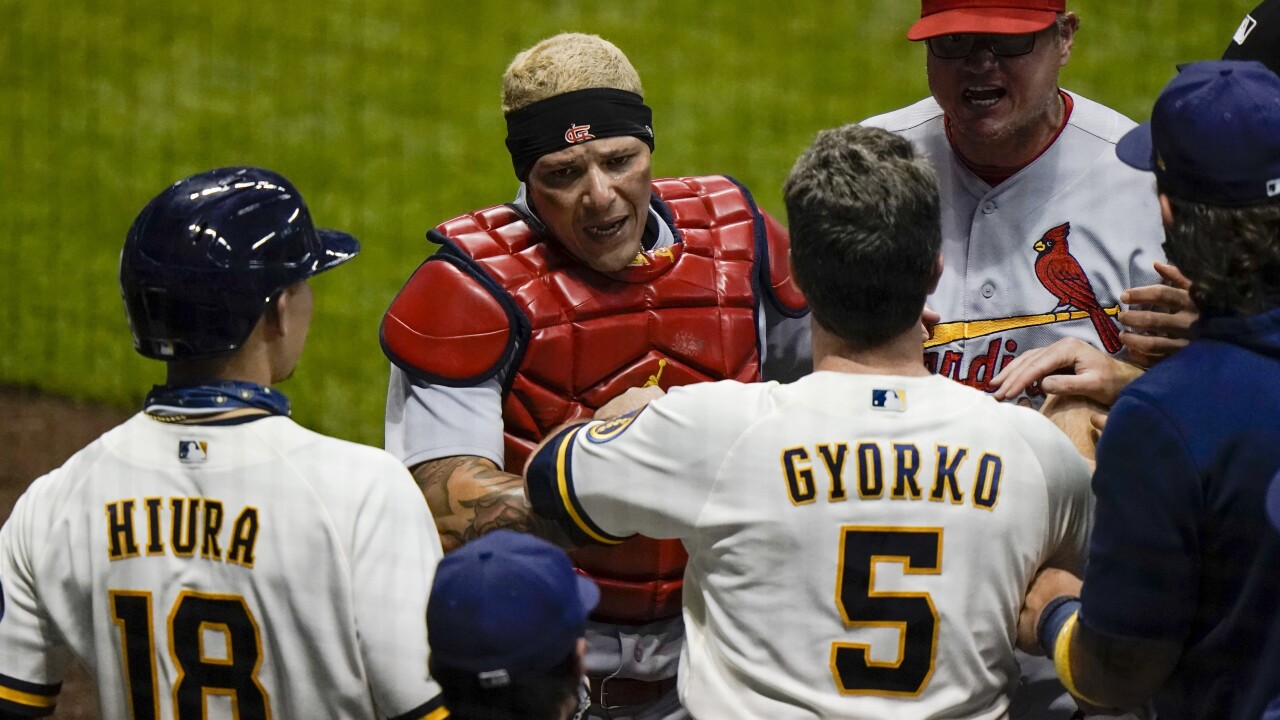 MILWAUKEE (AP) — St. Louis Cardinals manager Mike Shildt has been suspended one game for his role in a bench-clearing fracas in Milwaukee, and was set to miss the nightcap of Wednesday’s doubleheader against the Brewers.

Major League Baseball announced the penalty about 35 minutes before the Cardinals and Brewers met in the opener at Miller Park.

Shildt was suspended and fined an undisclosed amount for actions that contributed to inciting the benches- clearing incident in the fifth inning of an 18-3 loss to Milwaukee on Tuesday night.

The Cardinals and Brewers are both under .500 but are competing for spots in the expanded playoff field.