Police are assessing the damage of an early Wednesday morning crash into a cake shop on Milwaukee's south side.

The vehicle appears to have been going too fast for icy road conditions, police say.

The crash took out much of the shop's front windows as well as damaged the front of the building next to it. Fire officials have deemed the building structurally unsafe and will board it until further notice. 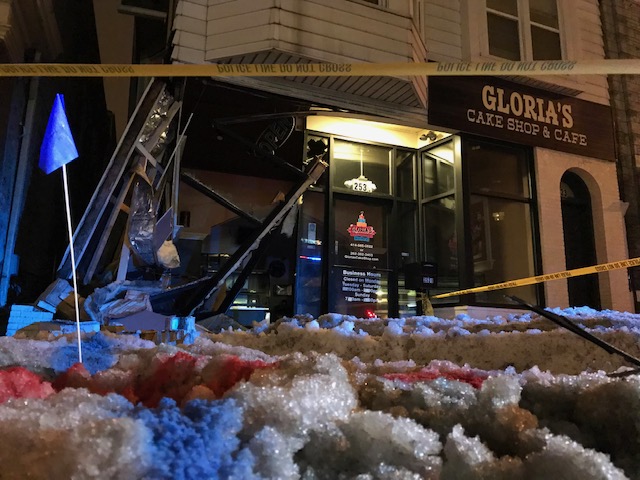 The crash created explosive levels of leaked gas causing residents to be evacuated.
The driver was conscious and breathing when transported to the hospital, according to first responders.

Milwaukee Police say the driver has since been given three citations and is in the hospital for non-life threatening injuries.