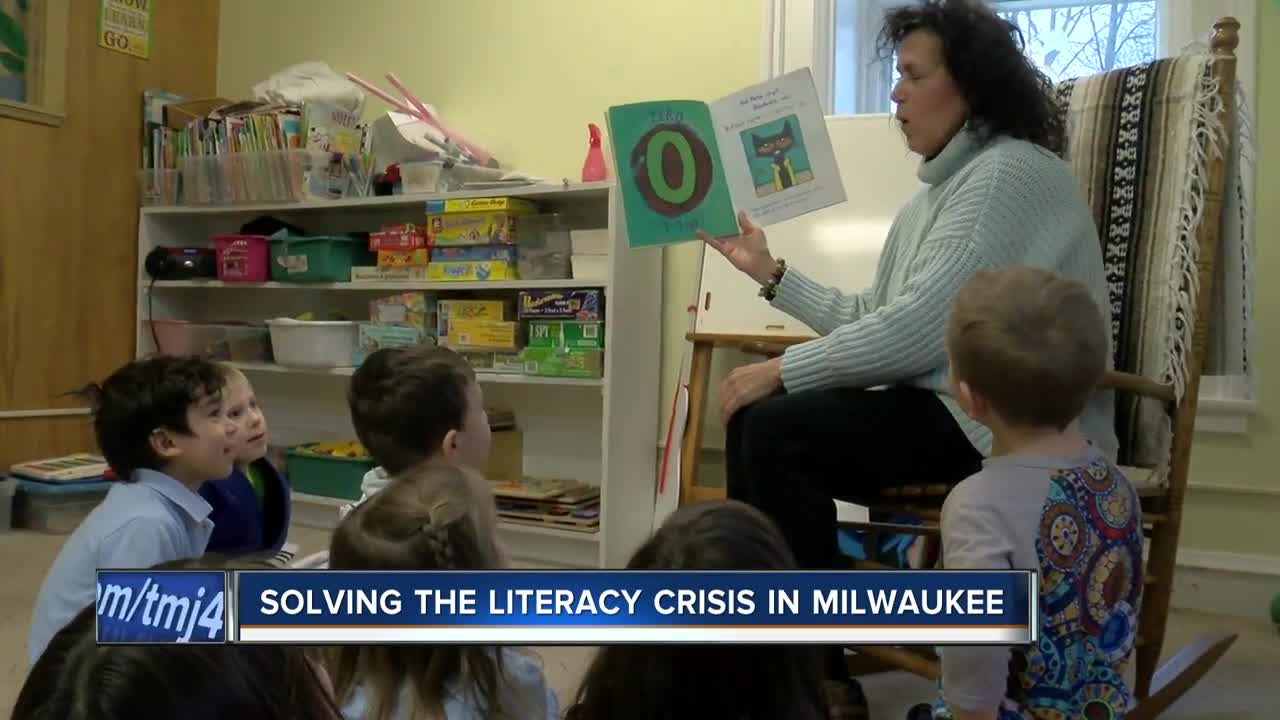 Milwaukee students are facing some of the worst reading scores in the country, only trailing Detroit for the worst score. The Arts and Science Literacy camp was created to encourage reading among young children.

Milwaukee Public Schools are battling some of the worst literacy scores in the country.

A retired teacher has created a creative camp to help kids learn more.

Reading along is an easy skill for some kids, but impossible for one southside mom’s son.

“It kills you as a parent, you know,” said Erin Campbell.

“He couldn't write, he couldn't read. He was basically illiterate,” Borden said.

Treyvon was later diagnosed as dyslexic. But he was not alone when it comes to falling behind in reading.

Milwaukee Public Schools are the second worst urban school district, only behind Detroit, for fourth graders who can read at grade level.

Only 15 percent, or about one in seven kids, can actually read at the level they are supposed to in fourth grade.

"Were in a crisis situation,” Borden said.

That’s why even though Borden retired from MPS, she has not stopped trying to teach kids to read.

She started the Arts and Literacy Camp, which sneaks in reading through other activity.

“You can sit down and read a book, but if you have to act it out, sing it, compose a piece, write a poem about it. Color something or create a three-dimensional project out of it, you are going to be able to learn a lot more,” Borden said.

It started out as a summer camp 16 years ago. Today, Borden does after-school and Saturday programs out of Tippecanoe Presbyterian Church. Five churches around the city help bus in children and give scholarships to the program.

Borden said it’s a way to keep kids learning once they leave the classroom.

"It started out as summer camp because I just think everybody has a pretty positive experience in a summer camp.And it leaves you open to exploring. In a camp we discover, we explore.

It's a very holistic way of teaching a child,” she said.

The camp is helping Treyvon turn around.

“He can actually read a book. And he can understand a book,” his mom Erin said.