By the numbers: 10 facts about Foxconn's $10B Wisconsin investment 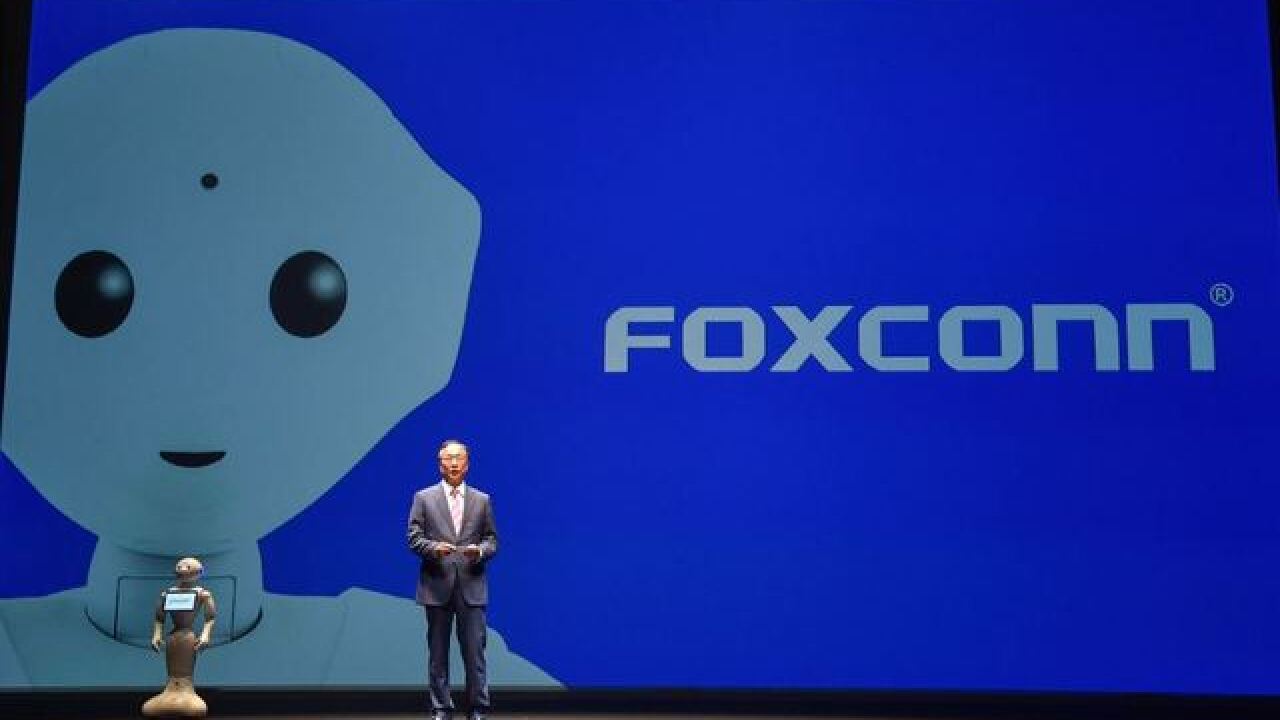 Foxconn Technology Group, the electronic manufacturer known for assembling iPhones, is coming to the state of Wisconsin as the company takes its first step into the United States.

Here are 10 facts about Foxconn's investment in Wisconsin, as provided at the announcement by Ernst & Young estimates:

4. Foxconn's "Wisconn Valley" campus is expected to be 20 million sq. ft., which is large enough to hold 11 Lambeau Fields.

5. The project will support over 10,000 construction jobs during the next four years, plus an additional 6,000 jobs created indirectly from the construction.

6. Foxconn will generate about $181 million in state and local tax revenues each year.

7. The company plans to be operational in Wisconsin by 2020.

8. Over 10 million people reside in the surrounding Milwaukee and Chicago areas.

9. The project is estimated to have at least a $7 billion annual impact on the state.

10. Once Foxconn is fully staffed, payroll will hit about $700 million per year.

After the news was announced, President Trump spoke about the deal with Foxconn.

"This is a great day for American workers and manufacturers and for everyone who believes in the concept and the label, 'Made in the USA.'"

TODAY'S TMJ4 will have continuing coverage of the "Foxconn to Wisconsin" announcement.