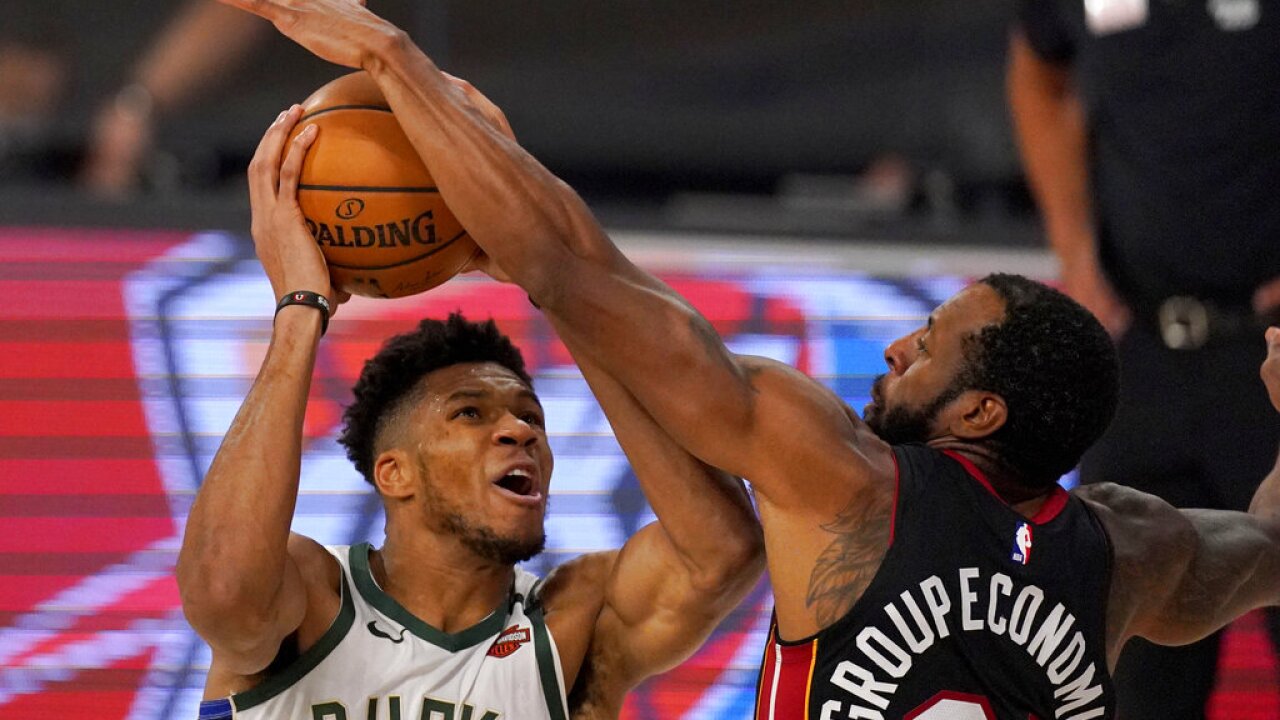 Bam Adebayo had 12 points, 17 rebounds and six assists for the fifth-seeded Heat, who are 3-1 overall against the top-seeded Bucks this season.

Khris Middleton scored 28 points for Milwaukee, which also dropped Game 1 of its first-round series against Orlando.

Brook Lopez had 24 points on 8 for 10 shooting, and Giannis Antetokounmpo had 18 points, 10 rebounds and nine assists for the Bucks.