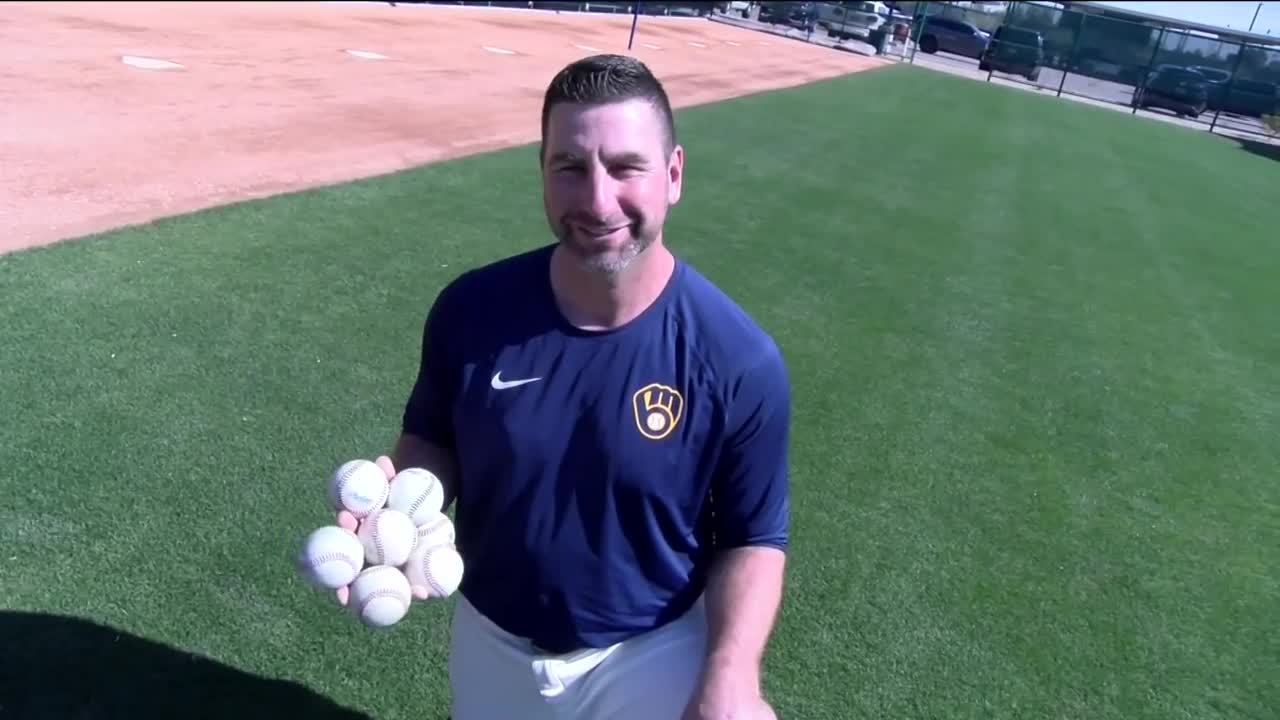 "I don't know, I guess the Lord's blessed me with some bigger than normal hands," Hanel says. "Nicknamed Bear. How many baseballs can you fit in your hands?"

Like the stupid human tricks back in the day with David Letterman? Hanel always has to show off his hands, to the new Brewers.

"We'll see how many we can get... I think I can get all seven. But just kind of, place them in these bear paws." Hanel says.

"I mean that's mine, that's mine, but I don't know if that's it, so we got six right there and we pop in the 7th!" Hanel says

Since he works in the bullpen with some unusual characters, his unique hands fit right in.

TMJ4 Main Sports Anchor Lance Allan asks, "do the vets try to get you to show the rookies because they've never seen it before or is every year this kind of like your traveling carnival show?"

"I'm more of a carnival show. I think what they do, they see my hands and they ask if I can give them a little massage," Hanel says. "Maybe that's part of the bullpen success we've had in Milwaukee, my large hands taking care of guys' shoulders. I don't know, so there we go."

As a Racine native, he entertains requests. Sometimes.

TMJ4 Main Sports Anchor Lance Allan asks, "are you available for kids' birthday parties or anything?"

"Yeah, I don't juggle though. That's the only thing so, maybe if it's one of those big ball pits or something like that. Or we can do a dunk tank? You know, I'll gladly participate in that in the middle of summer. That would be pretty cool," Hanel says.

All to keep things light and enjoyable, over a long season.