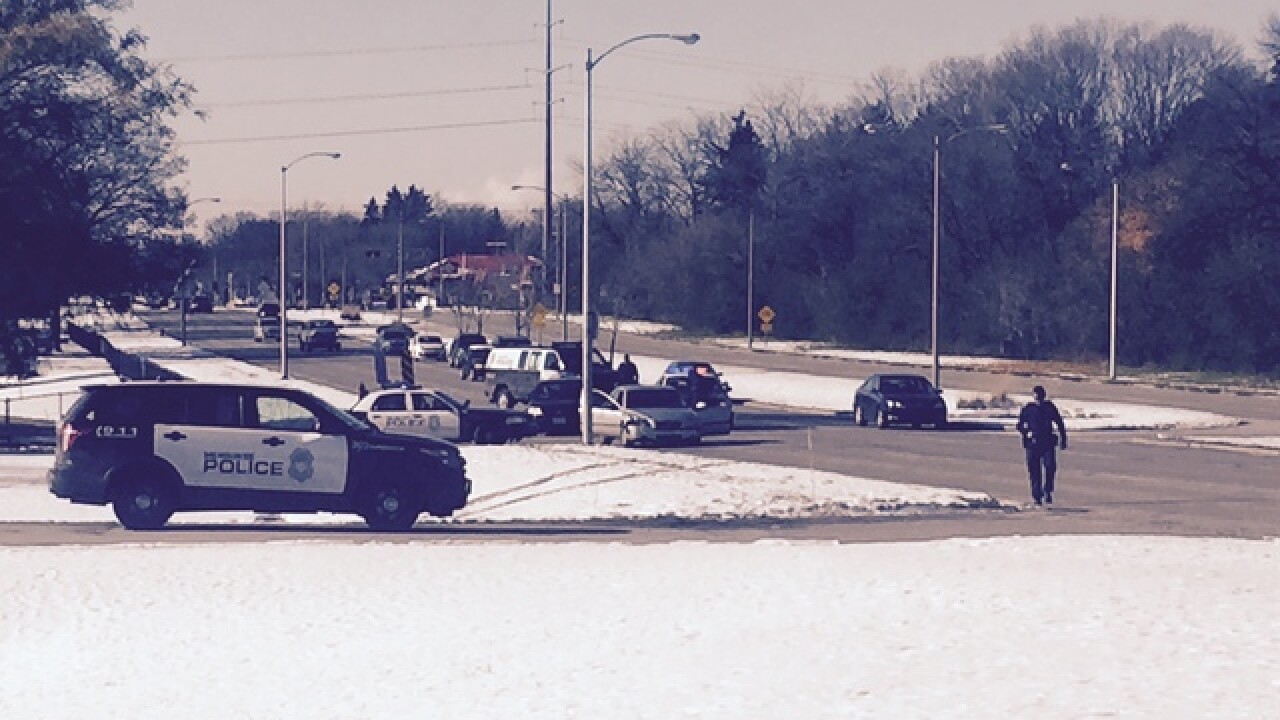 MILWAUKEE -- Two suspects have been caught after a bank robbery and police chase Monday morning.

Milwaukee police said the suspects took off in a car with an undisclosed amount of money.

When it was spotted a short time later, an officer attempted a traffic stop, but the suspects did not stop.

After pursuing the car, the suspects eventually got out at Teutonia Avenue and Good Hope Road, and ran.

They were both caught after a short foot chase.

During the incident, two Milwaukee police officers were involved in a minor accident. They were taken to the hospital and will be OK.