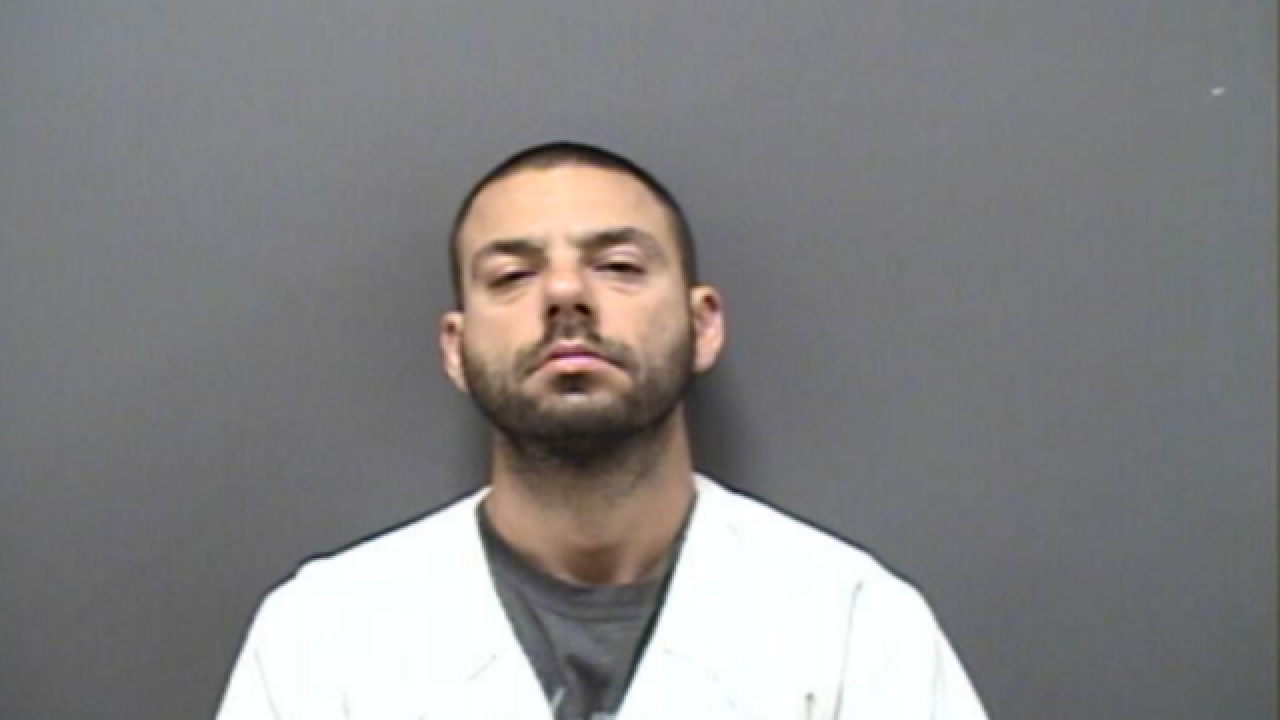 Officers from the Mt. Pleasant Police Department arrested a suspect who attempted to rob an America's Best Value Inn hotel on Friday.

The suspect, Aaron McGraw, entered the hotel with a plastic bag over his head and immediately jumped the counter, demanding money. McGraw told the front desk employee to give him all the money in the register and that he had a gun.

The employee refused to give up the register and began yelling for help. She attempted to call 911, but McGraw ripped the phone from her hand and began trying to hit her with a white container he picked up off the ground.

When officers arrived they placed McGraw in handcuffs and collected the plastic bag and a pair of gloves from him. Upon further searching, they recovered a four inch glass pipe used for crack cocaine. McGraw later submitted a Preliminary Breath Test and had a result of 0.13 BrAC.

While police were transporting McGraw to the police station he stated that he did not have a gun and that his kids were hungry.

McGraw faces charges of Attempt Armed Robbery, Repeater with fines no more than $50,000 and/or 20 years in prison. He also faces a charge of Possession of Drug Paraphernalia, Repeater with charges up to $500 and/or 30 days in prison.