Another Milwaukee playground burnt to a crisp 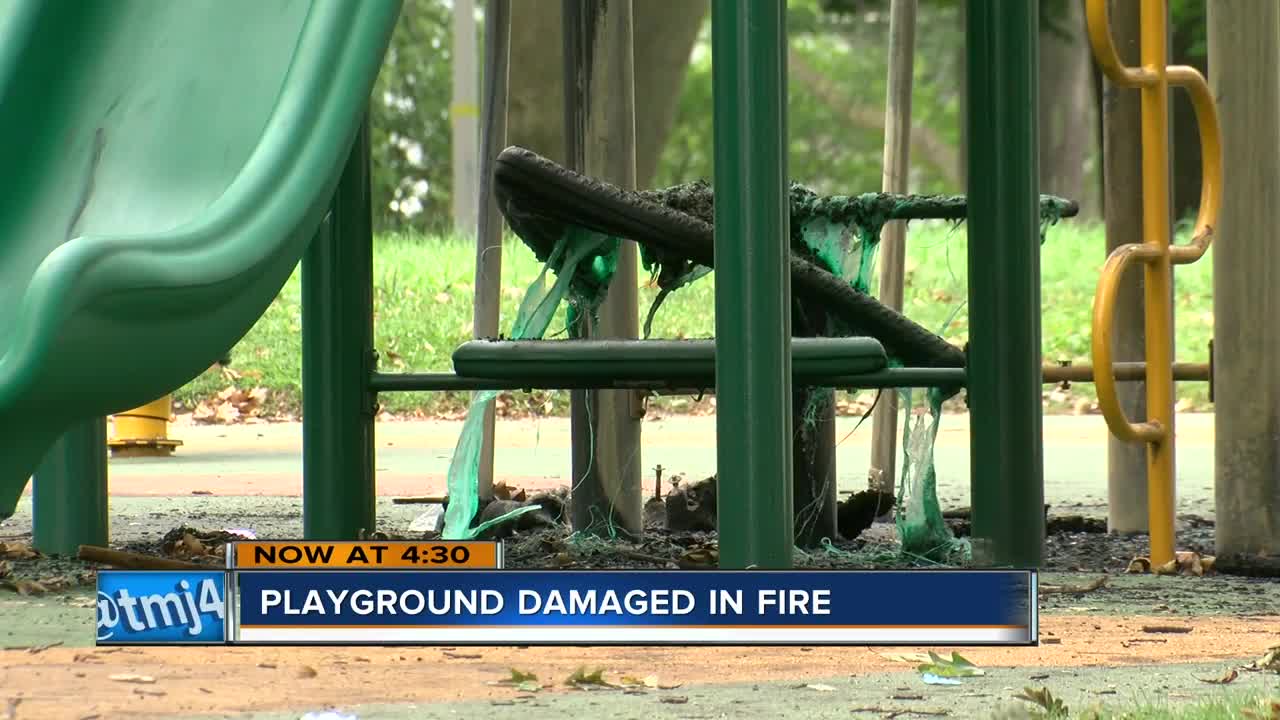 Another playground is the victim of arson in Milwaukee. This one took place at Smith Park near 35th and Sheridan.

Another children's playground was set on fire in the City of Milwaukee over the weekend. This time it was at Smith Park, near 34th and Sheridan Saturday night.

The Milwaukee County Sheriff's Office said deputies responded to the scene at 9:29 p.m. for a fire at the playground. Upon arrival, police and fire departments were already there, and the fire was out. No one was injured.

At this time, no one is in custody.

However, this wasn't the first time the park was hit. The sheriff's office said there have been five arson incidents there this year. The playground was set on fire three times. Two porta-potties were also set on fire.

The Milwaukee County Park Director of Operations Eduardo Santiago told TODAY'S TMJ4 there were about three other fires at the playground in fall 2018, and each time it cost the agency $10,000 to replace the playground equipment.

Originally, it was funded by the Green Bay Packers in 2012.

Santiago said they have filed reports with with the sheriff's office and are asking for increased patrols of the area. The agency is also looking into getting more durable equipment like metal slides.

"When you come to a park and you just say, 'hey, I'm going to just set some stuff on fire,' you're not thinking of who is suffering behind that, and the people that's suffering behind it is the kids," Briggs said.

She's disappointed to see her childhood park in this shape with parts of the playground burned to a crisp and the sliders completely destroyed.

"I just feel that it's sad you know just being able to come and tell my niece she can't play on certain things," Briggs said.

Tanqueria Jones said she was at the park with her daughter earlier Saturday, only to come back Monday morning to find the playground in ruins.

"It's gone," Jones said. "It was all here. All the kids was here playing."

It comes just a couple of weeks after police arrested two teens for starting a fire at the playground at Butterfly Park near 37th and Meinecke.

On Saturday, Yvette Rivera saw what looked like older kids causing trouble in the area, and called 911.

"They were burning paper and then just shooting for the slide," Rivera said.

Now, like her neighbors, she's looking for answers and is hoping for change.

"If it was somebody who's old enough to know better, they need to get their stuff together and come to their senses," Briggs said.

The sheriff's office is asking the public for help. If you know anything about the past fires at Smith Park, call 414-278-4788, or download the agency's public safety mobile app and make an anonymous report.