A Milwaukee scrap metal company will have to pay $6 million in restitution for racketeering.

FOND DU LAC — A scrap metal company will have to pay $6 million in restitution for racketeering. Every dollar must be prepaid prior to sentencing and the victim may continue to pursue additional damages in their civil case. 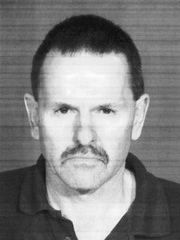 Prosecutors say a Fond du Lac company was cheated out millions for years.

Investigators say they unraveled a years-long web of deception, which included paying off a worker at the victim’s company to get the deceptive weights to pass.

Court records say up to 2,000 pounds of dirt were packed into scrap cars each time and then the crane operator at the victim’s company, “Would flip the scrap autos over to get excess dirt out that had been in the vehicles."

An owner in the family company noticed that they overpaid Fox Valley Iron & Metal Company by $100,000 in the beginning of 2015.

The criminal complaint shows a forensic audit from 2009 to 2015 would reveal the total amount taken through this scheme amounted to $14.3 million. The highest amount in damages was in 2011, when investigators discovered Fox Valley Iron & Metal was overpaid by $3.2 million. The Fond du Lac county district attorney tells TODAY'S TMJ4 updated forensic accounting numbers show up to a $9.3 million dollar theft.

TODAY'S TMJ4 reached out to the lawyer for Sterling Kienbaum, who is charged in this case, but have not heard back.

Kienbaum will be formally sentenced in August after pleading no contest to racketeering and felony theft, a crime that could put him behind bars for more than a decade.