How the sinking of the Lady Elgin changed history 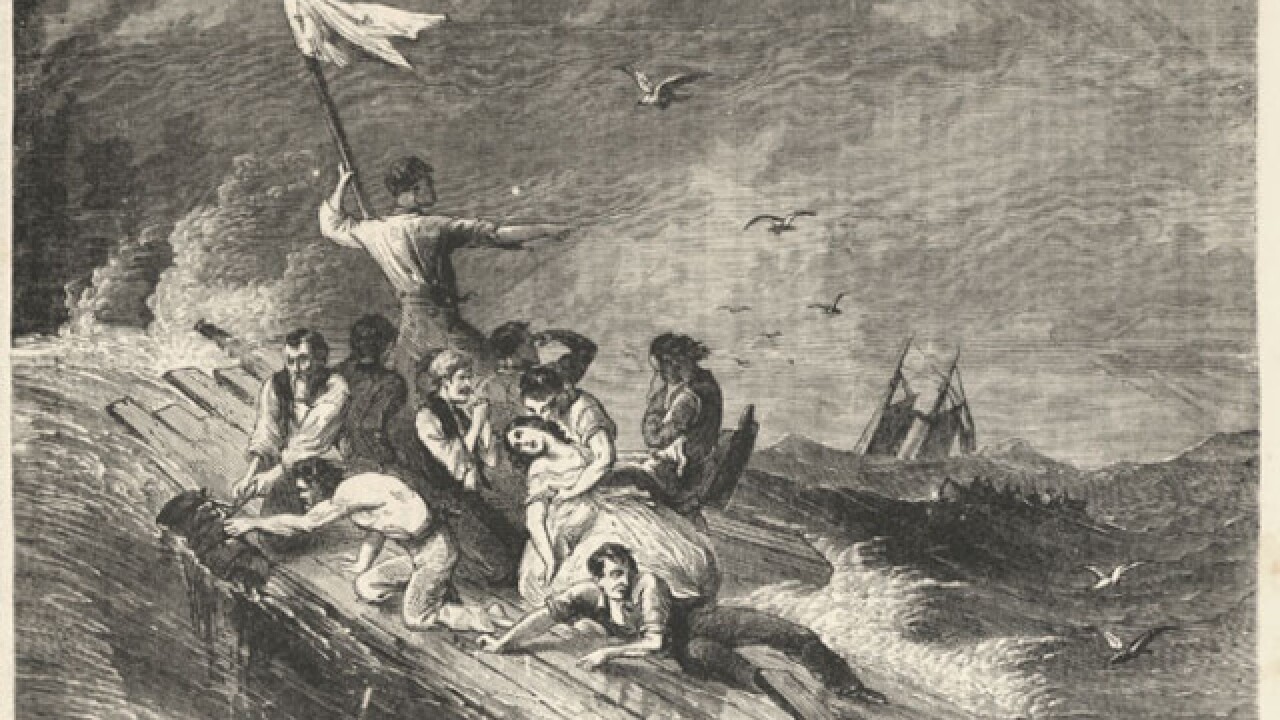 As all perilous stories start, it was a dark and stormy night. The Lady Elgin was carrying hundreds of Milwaukee Irish when she was stabbed through her side by the smaller Canadian Schooner, the Augusta of Oswego. The captain of the Augusta severely underestimated the damage his ship had done to her, quipping they had only damaged the ginger bread.

The Augusta quickly got on its way while Captain Jack Wilson of the Lady Elgin was being awakened by his first mate.

"They went down and surveyed the water coming in and immediately knew that they were going to sink," said Brendan Baillod, Vice President of the Wisconsin Underwater Archeology Association

Baillod is somewhat of an expert when it comes to shipwrecks of the Great Lakes. He's a co-founder of the Great Lakes Shipwreck Research Foundation and the Ghost Ships Festival here in Milwaukee. This all goes along with 30 plus years of research into Great Lake shipwrecks.

Baillod was kind enough to take me through not only the Lady Elgin's final voyage, but also explain why the sinking forever changed the course of U.S. history.

Built in 1852 in Buffalo, NY, The Lady Elgin was big. Coming in at just over 230 feet long, she was considered a palace steamer.

"They were built in a time of economic prosperity, there was a lot of movement of immigrants and tourists, just people generally going westward on the Great Lakes. So they built these rather large and ornate ships that were unprecedented on the lakes," said Baillod.

At the time that she was built, the Great Lakes acted like a modern day freeway system, and they were constantly crowded with hundreds of ships. However, the country suffered an economic crisis in 1857, which cut the traffic on the lakes down significantly. Ships like the Lady Elgin were often either converted into barges or scrapped, making her almost one of a kind.

"She was something of a grand old lady in terms of ships at that point. There was a lot of nostalgia for her because she was this big, old, ornate ship, even though she was less than ten years old," said Baillod.

One year before the Civil War, the United States was in turmoil. Wisconsin had a fervent abolitionist sentiment, and Governor Alexander Randall was checking in with the state militia to see if they would support the state in the event that Wisconsin would secede if presidential hopeful, Abraham Lincoln, did not win the election. Milwaukee's Irish Union Guard stood apart.

"The Irish Union guard in the Third Ward of Milwaukee refused to support the state and said that they considered any stance against the federal government to be treason, and Governor Randall revoked their commission and confiscated their weapons," said Baillod.

On September 6th, 1860, members of Irish Union Guard booked passage down to Chicago to attend an event for Lincoln's opponent, Stephen Douglas. The passengers spent the next day in Chicago then boarded to leave late that evening.

"This is in September and so the weather wasn't too bad, but there was a good thunderstorm brewing when they left--they left pretty late. They left in a big hurry without even announcing at the dock in Chicago," said Baillod.  "Several people didn't know they were leaving and didn't have a chance to get off the ship, they were guests that had come on board to drink at the saloon."

On their way back up to Milwaukee they crossed paths with the Augusta.

"By the time they got close to each other they didn't realize that they were perhaps only 100 yards away when they saw each other in the storm, and the Augusta plowed it's bow right into the Lady Elgin's port side," said Baillod.

After the captain and crew surveyed the damage, and knew there was no hope, they alerted the passengers. Due to the storm they had a hard time getting people into the first life boat, and it floated away with only a few passengers. The Lady Elgin was carrying cattle below decks, which the crew drove overboard in an attempt to lighten her load. While the first lifeboat made it to shore in relatively good time, the ship itself started to break apart.

"People started to spill into the lake, they were clinging to debris wherever they could find them," said Baillod.

At that time the life preservers weren't much more than a wooden board with a rope around it, and most had been separated from the passengers. However, almost all passengers were able to make it to shore.

"Most of the people who were on the Lady Elgin survived the two hour ride to shore on the debris, what they did not survive was the huge surf of the shoreline," said Baillod.

The life boats were washing up on the shore near Northwestern University (then Seminary), and students saved as many as they could.

"There was a couple of notable acts of heroism of students going in and rescuing ten, twenty people from the surf," said Baillod.

But people were tired, and the surf proved to be too much. Captain Wilson, who had made it to shore, drowned after going back out to save a woman and child. His body was found later the next spring in Indiana waters.

"People washed up all across the whole shoreline of the lake," said Baillod.

Without a passenger manifest, the exact number of deaths is not known. Baillod believes that close to 400 people died, others believe the number to be closer to 300. Regardless, it holds the infamous record of the greatest loss of life on the Great Lakes in open waters.

The fallout was devastating. The Irish community in Milwaukee was crushed and hundreds of children orphaned (though that number has been debated, as well). An outpouring of sympathy came in for the Irish Union Guard, and this, in turn, took some of the fervor out of Wisconsin's abolitionist sentiment.

"Some people, some historians I think have rightly postulated that if the Lady Elgin disaster hadn't happened, Wisconsin could have started the Civil War by seceding before South Carolina did," Baillod said

The Lady Elgin laid undiscovered for 128 years before the recently deceased Harry Zych found it in Lake Michigan off Highwood, IL. The ensuing legal battle between Zych and the State of Illinois over the wreck lasted ten years, ending with a Supreme Court ruling giving Zych ownership. It is the only privately owned shipwreck in the Great Lakes.

Today, all that's left of the Lady Elgin is a debris field off the coast of Illinois and a historical marker in the Third Ward. The marker stands in memory of those Milwaukeeans who lost their lives on September 8th, 1860.

If you want to take a look at some of Baillod's research, you can visit his website by clicking here.