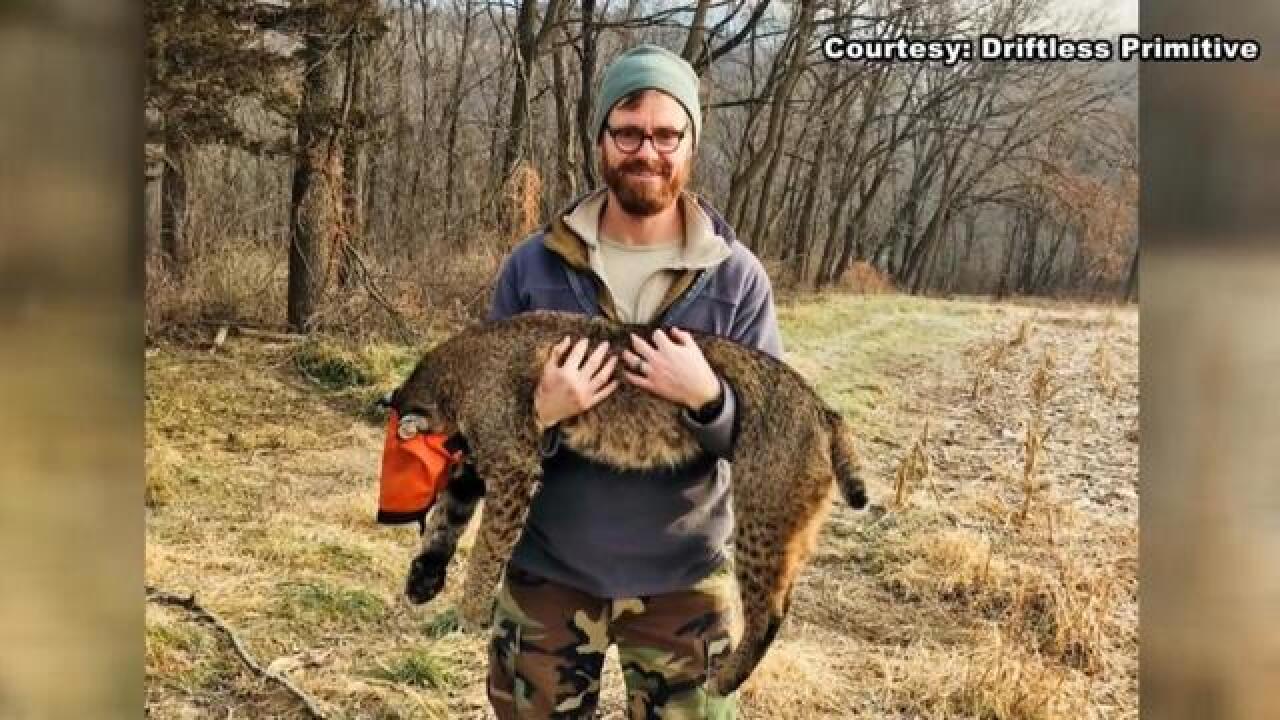 (WMTV/NBC News) Will Sandberg was hoping to snare coyotes when he set traps on his Grant County, Wisconsin property.

What he actually captured came as a surprise: a huge 35 pound bobcat.

"I knew the DNR was doing a collaring study in the area they're doing coyotes and deer and bobcats, so I thought I would call them and let them get it out of the trap," he says.

They showed up shortly after he called. They tranquilized the cat, weighed it and put a GPS tracking collar on it before releasing it back into the wild.