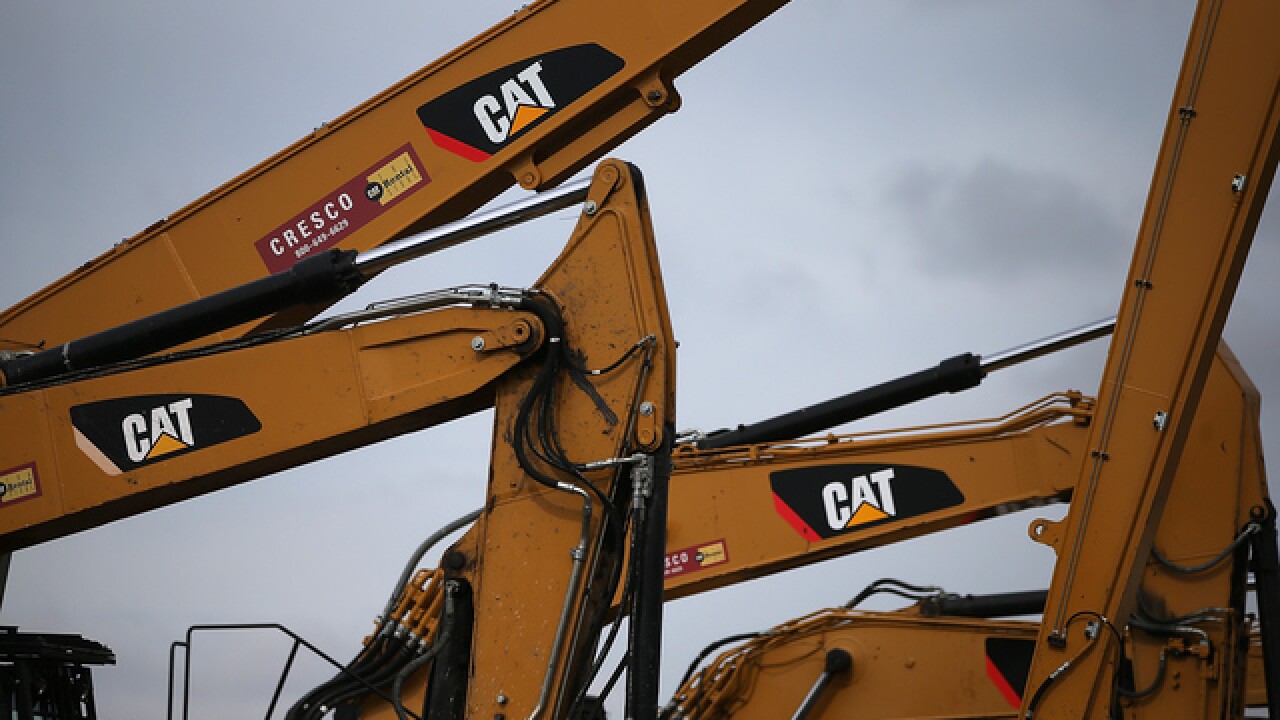 Justin Sullivan
<p>SAN LEANDRO, CA - OCTOBER 23: The CAT logo is displayed on Caterpillar construction equipment at Peterson Tractor on October 23, 2014 in San Leandro, California. Caterpillar Inc. reported strong third quarter earnings of$1.1 billion, or $1.63 a share compared to $946 million, or $1.45 a share, one year ago. (Photo by Justin Sullivan/Getty Images)</p>

PRENTICE, Wis. (AP) -- Caterpillar's restructuring plans include eliminating more than 200 jobs in northern Wisconsin.
The heavy equipment manufacturer will shut down its forest products plant in the Price County village of Prentice, as well as four other plants in the U.S. and China.
Caterpillar says it will move the work done by 220 employees in Prentice facilities in Georgia and Texas by the end of the year. The company also says it's negotiating with a possible buyer for the Prentice plant, but provided no other details.
Overall Caterpillar plans to reduce its workforce by 670 employees. U.S. facilities in Illinois, Georgia and New Mexico are also affected.
Scripps Only Content 2015