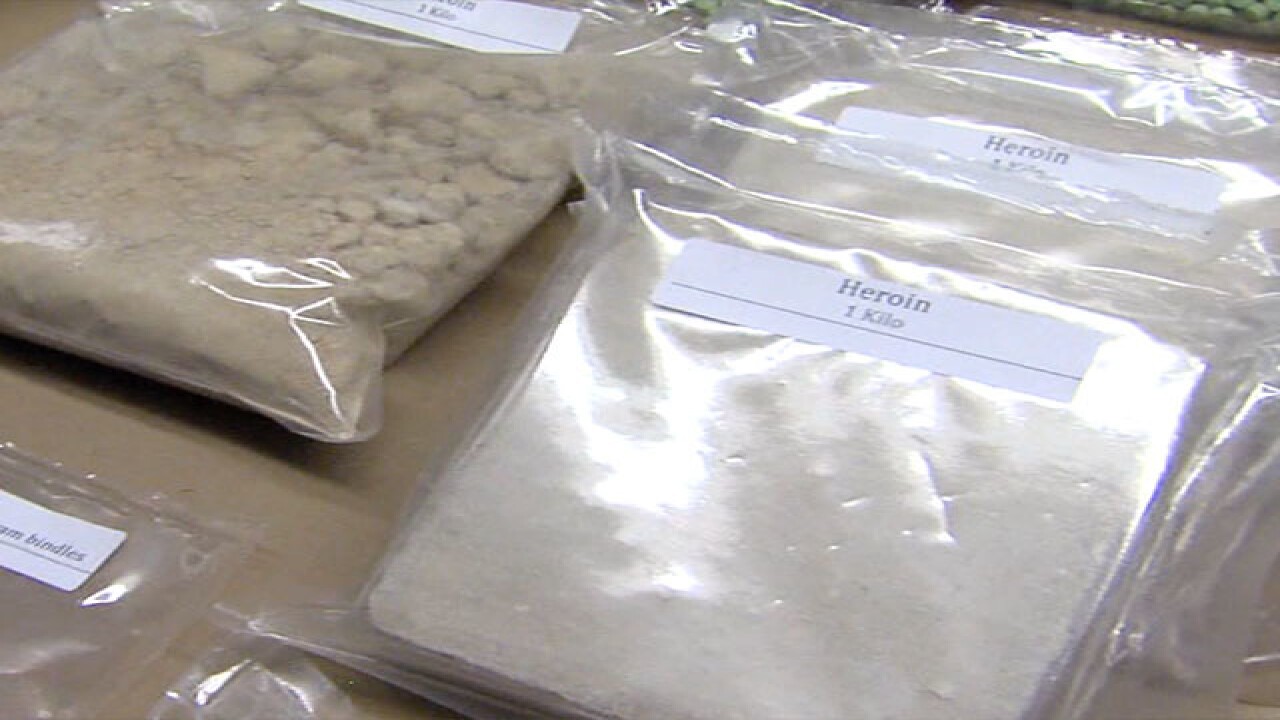 Copyright 2017 Scripps Media, Inc. All rights reserved. This material may not be published, broadcast, rewritten, or redistributed.
<p>Lorain County law enforcement officials are putting out a bulletin to warn authorities of a new drug that has hit the streets as Gray Death. </p>

It's the second large scale drug bust in Milwaukee in the last eight days. On Wednesday, officers served search warrants at 14 separate locations and took 11 of the suspects into custody.

Federal agents could be seen outside of a home at 97th and Capitol early Wednesday morning. Authorities confirmed this was one of the locations raided in this case.

According to the U.S. Attorney's Office, officers took five firearms, $100,000 in cash, heroin and 33 grams of a white powder that tested positive for fentanyl.

All of the defendants currently live in the Milwaukee area, the Department of Justice says. The suspects were charged with various drug offenses, including distribution of and possession with intent to distribute controlled substances, as well as conspiracy, money laundering, and using a firearm in relation to drug trafficking.

If convicted and proven that the offenses involved more than 100 grams of heroin, each suspect could face up to 40 years in prison.

One man, Torrence Harris, remains at large, the DOJ says.

“The large-scale distribution of heroin, fentanyl, and other controlled substances presents an urgent threat to the safety and well-being of communities in the Eastern District of Wisconsin," Haanstad said. "Today’s charges and arrests reflect our commitment to working with federal, state, and local law enforcement to protect communities from these harms.”

He says even when law enforcement cracks down on the supply of dangerous drugs, it often has very little positive effect on the everyday user.

"If supplies do return to normal or availability returns we will see sometimes people leave against medical advice from the hospital once they get that information, which is easy to get these days with everyone having mobile phones of course," he said.

He said when a person's supply is cut off, it may lead to withdrawals and people seeking medical attention.

"There may be some instances though where someone was thinking about quitting and getting help and could potentially use this opportunity to do so," said Powell. "Especially if they came to a facility like ours where were set up to help people with what comes after detoxification."

About 250 officers participated in Wednesday's raids. Last week, authorities announced 19 arrests in connection with a heroin and cocaine distribution ring in Milwaukee. It's unclear if the two cases are related.