TODAY'S TMJ4 receives letter from author claiming to be Jakubowski 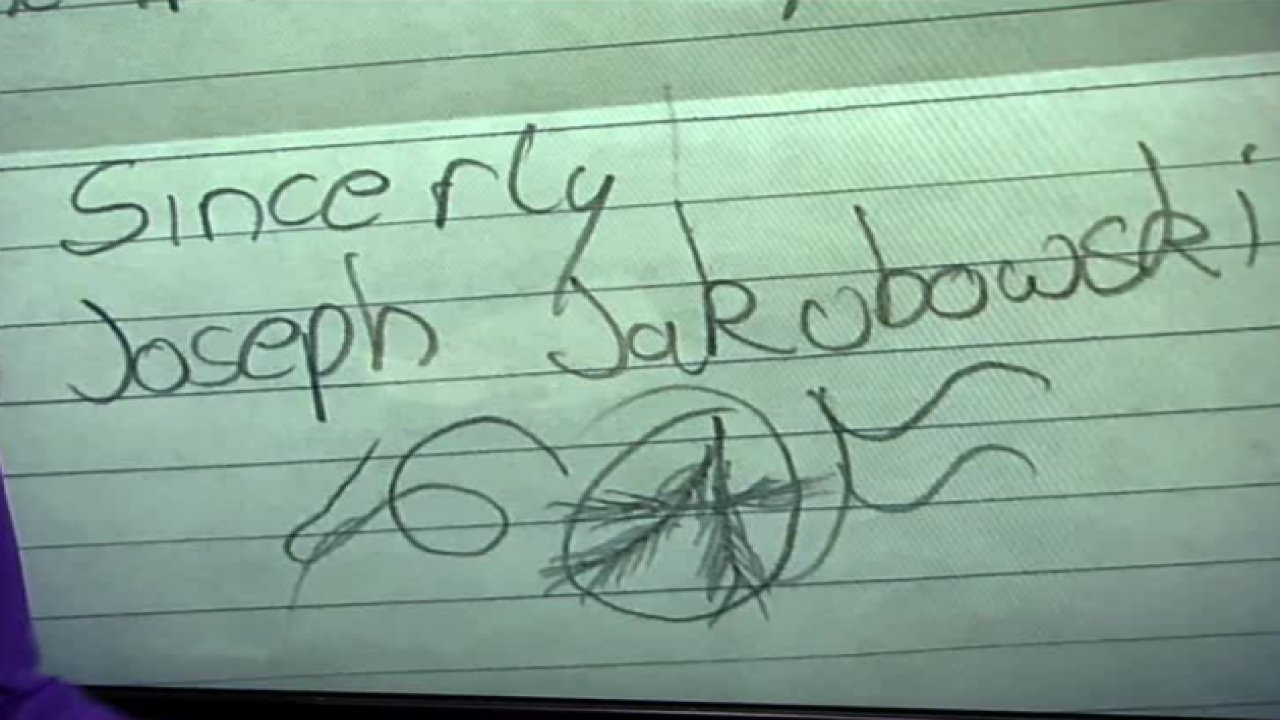 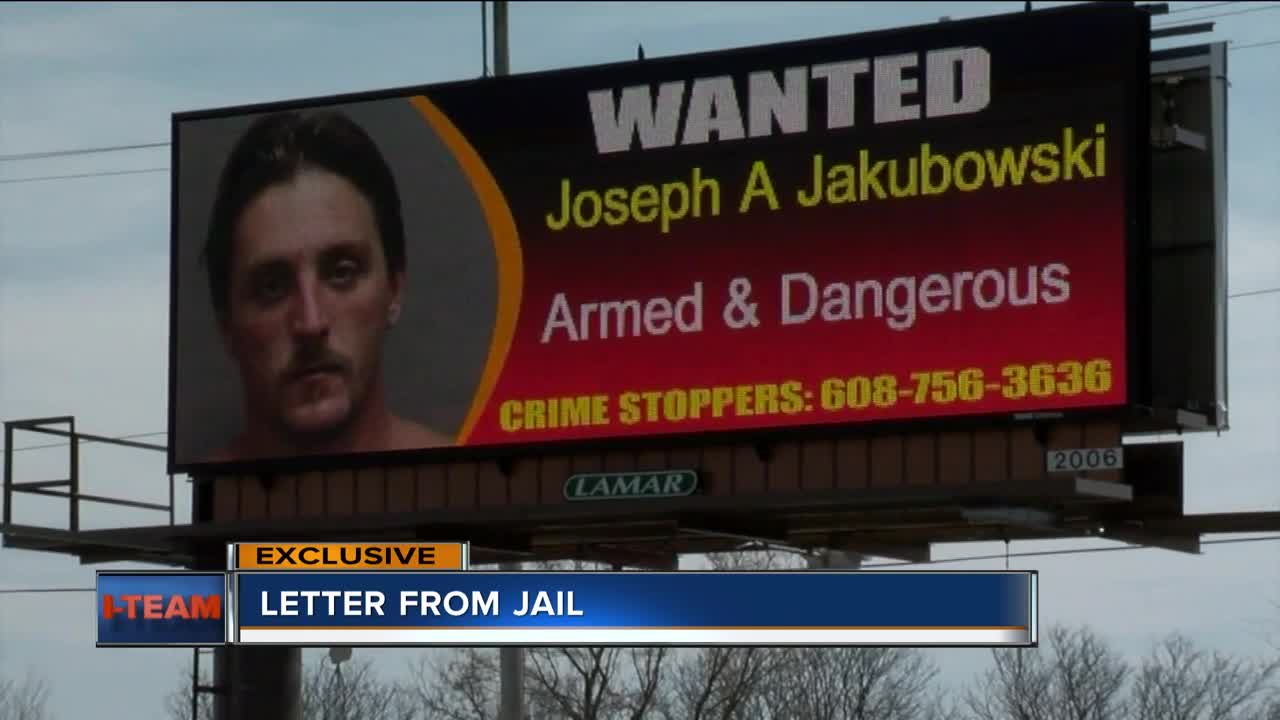 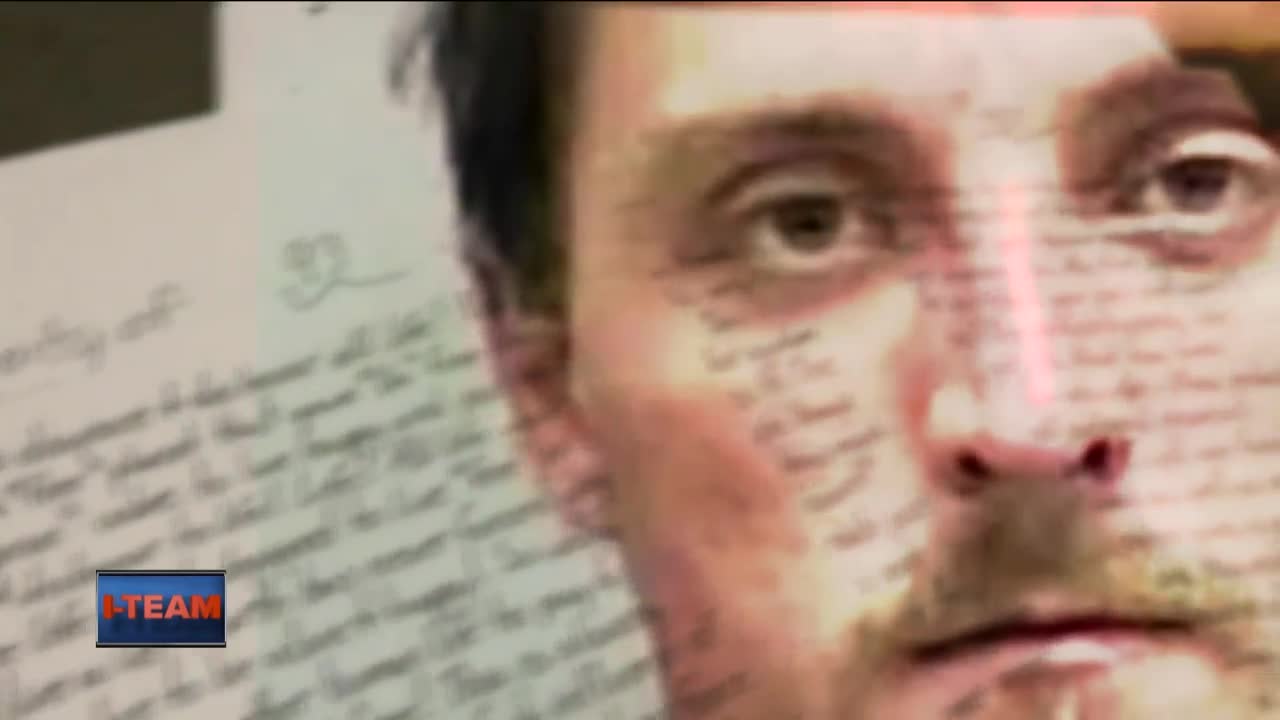 Jakubowski is charged with stealing more than a dozen weapons from a gun store and sending a manifesto to the White House before going on the run. Jakubowski explained him self in a letter he sent to the I-Team's Casey Geraldo. She wrote to Jakubowski in jail shortly after his capture. Friday, she received the letter from someone claiming to be Jakubowski. TODAY'S TMJ4 believes it is authentic because it has a return address from Joseph Jakubowski at the address of the Rock County Jail. It's signed Joseph Jakubowski, with symbols, language and handwriting similar to those he used in his 161-page manifesto.

"Honor and dignity," are requests in the letter from Jakubowski. They're also words that appear throughout the manifesto that sparked a nationwide manhunt. For more than a week, fear spread throughout Southern Wisconsin and around the nation. Federal and local law enforcement searched for Jakubowski, who is charged with stealing weapons from a Janesville gun shop.

Jakubowski addresses those allegations saying "I took them to exercise my 2nd Amendment right as life on this planet!"

His letter denies any threats against a church or a school. He writes his manifesto has been misinterpreted. In the 161-page manifesto, mailed to the White House, Jakubowski writes at length about "the system" and the problems with it. A sentiment he illustrated during a court appearance last week.

In similar handwriting as the manifesto, the letter to TODAY'S TMJ4 addresses many of the same topics and the purpose of the manifesto. He said it's "to try and wake the masses to the truth of what we are living! I sent my letter to the White House simply for the president/government/system to realize someone sees the truth of what the system has and are [sic] still doing to the people," he writes.

The author dedicates his manifesto to "the masses." He writes "My letter I wrote for the people."

We hope to speak with Jakubowski soon. The letter says he tried to call Geraldo, who did miss a call from an inmate in Rock County Jail last week. Inmates can't leave messages, but the company who runs the phone system confirms it was Jakubowski who placed the call.