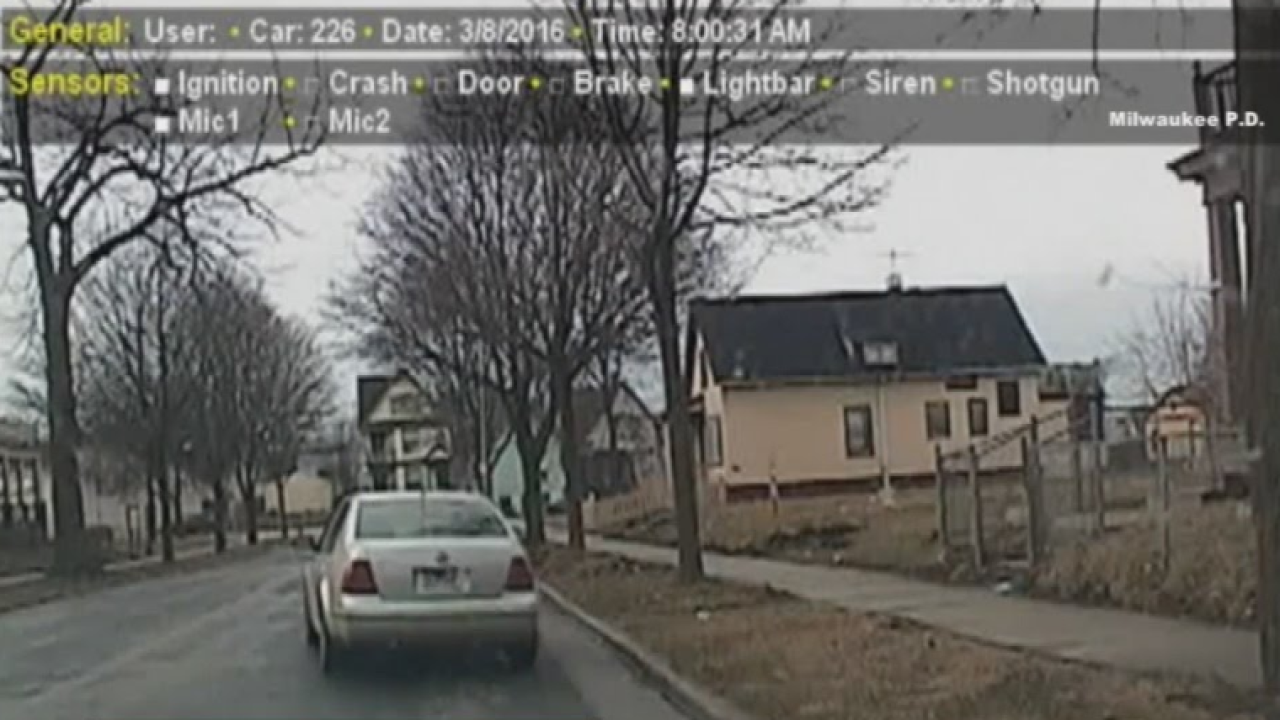 Milwaukee Police have one less tool to try and catch criminals who lead them on a chase.

Police told the I-TEAM that they have ended the StarChase pursuit program which was implemented four years ago.

Under the program, a mechanism was attached to the front of squad cars and would fire darts at fleeing vehicles.

Those darts were equipped with a GPS tracker to help police find the offenders.

It was highly praised when the program was first announced in 2015.

In a news release announcing the debut of StarChase, Milwaukee Mayor Tom Barrett was quoted saying, “The Police Department’s purchase of StarChase units is an excellent example of the thoughtful investments in innovative technologies that help us advance the mission of our city agencies. I am supportive of this initial purchase and am eager to see this technology in action.”

The units cost $5,000 a piece, and now police say weather conditions made it difficult for the darts to actually work.

The program ended after Milwaukee Police Chief Alfonso Morales was sworn in. The department released the following statement about the decision to stop using the devices:

“MPD no longer utilizes Starchase. One of the primary reasons MPD no longer utilizes Starchase is because offenders know how the technology works and have removed tracking devices from vehicles were pursued by police. Wisconsin weather conditions also make it difficult for the units to adhere to fleeing vehicles. Outfitting a vehicle with Starchase technology is relatively expensive and costs approximately $5,000. Ultimately, MPD has an obligation to the public to not just recover vehicles involved in pursuits, but to arrest the suspects involved in pursuits in order to keep Milwaukee’s streets safe.”

The company StarChase sent the following statement to the I-TEAM in response to this story:

Pursuits take a life every day and an innocent bystander every three days. Pursuit related events generate over 50,000 injuries annually with a financial loss estimated in the billions. StarChase’s tag and track technology reduces these tragic statistics by increasing officer and public safety.

In 2018, StarChase agencies globally achieved the milestone of 10,000 tags deployed. Every tag deployed during a high-risk vehicle event represents a life saved, injury avoided and a safer arrest.