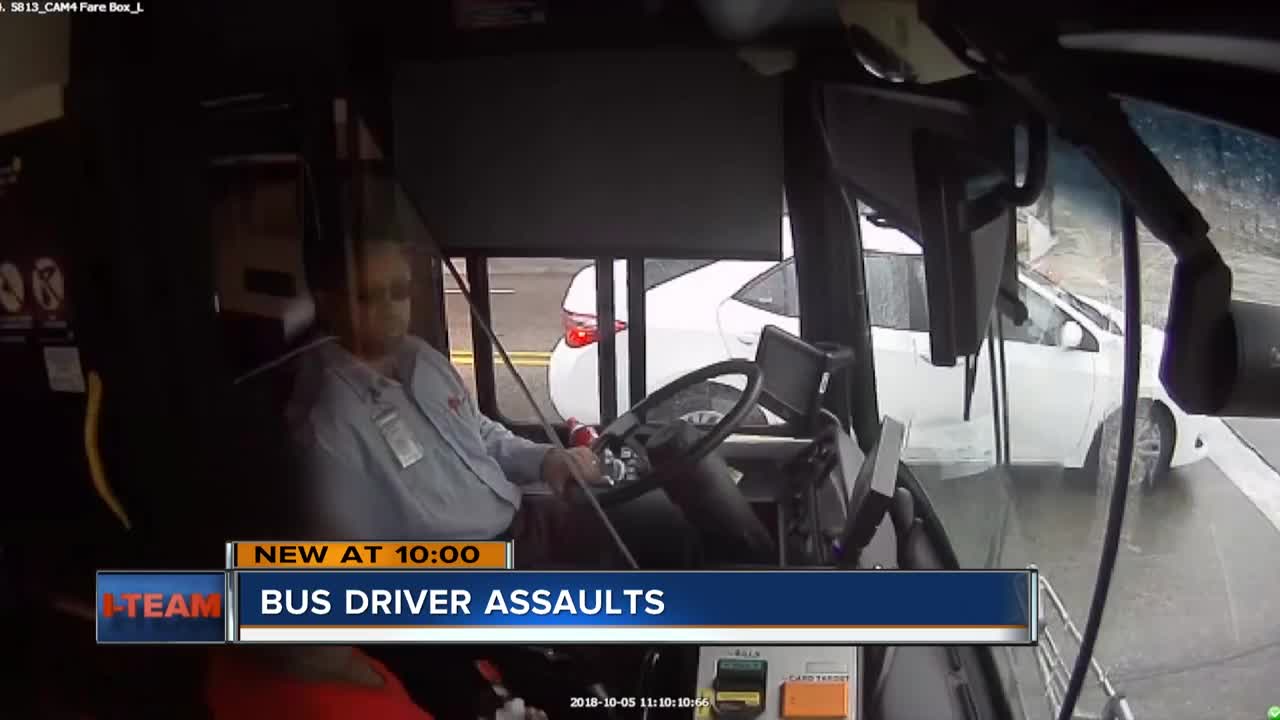 Unfortunately, not everyone who rides the Milwaukee County Transit System does so in good faith. The I-Team looked into multiple cases of bus passengers behaving badly.

In most cases, the assaults happen over an argument over a $2.25 bus fare.

Ten cameras positioned on and around the buses show upset passengers throwing food at drivers, spitting in their face, and launching water or other liquid at them.

MCTS driver Lafayette Reynolds told TODAY’S TMJ4 he was attacked in November by three passengers, one of them pointing a pistol at him.

“If one of those drivers gets attacked hard enough, they lose consciousness, how many people are going to get killed in front of the bus?” Reynolds told TODAY’S TMJ4.

On May 15th, a passenger was accused of stabbing another MCTS driver. The driver was cut on his arm.

“Do you think the assaults are escalating?” The I-Team’s Kristin Byrne asked MCTS Spokesperson Kristina Hoffman.

“We actually see them on the decline. Over the past two years, the number has dropped by half,” Hoffman responded.

“We installed security shields for the bus drivers a few years ago and we've seen a definite decline in incidents since then,” she continued.

“Fifteen is actually not a lot considering that we give thirty million rides a year,” Hoffman said.

Byrne asked, “What about the nature of them because the spitting is one thing, but these drivers are saying "I got a pistol pointed at me" and "I was stabbed.”

“Actually, the spitting is the most common out of everything,” Hoffman said.

James Macon, President of the Amalgamated Transit Union Local 998, is proposing drivers be allowed to carry a concealed weapon on board a bus.

“Right now, the state of Wisconsin allows people to carry weapons on the bus, well, let's get the discussion going and allow my drivers to do it,” Macon said.

MCTS is not receptive to that idea.

“We think that is a very irresponsible proposal. Drivers carrying guns is just not a good idea on a bus,” Hoffman said.

“Do you think bus drivers are safe on the job?” Byrne asked Hoffman.

“On the whole, absolutely, again because the instances are extremely, extremely, rare,” she said.

“There are ten cameras on every bus. Why do you need so many cameras if it's such a rare occasion of these passengers behaving badly?” Byrne asked Hoffman.

“We take transit security very seriously and we just want to provide the best environment for our drivers and our passengers,” Hoffman said.

“Everybody just needs to treat each other with respect,” she continued.

“I think we can all do better, being respectful and courteous because everyone is just trying to get to where they need to be and do their jobs,” Hoffman said.

Bus drivers do have security shields in place, but James Macon now wants their seating area fully enclosed. Hoffman said MCTS is willing to discuss that proposal during contraction negotiations.

The contract negotiation meeting scheduled for June 3 has been canceled.