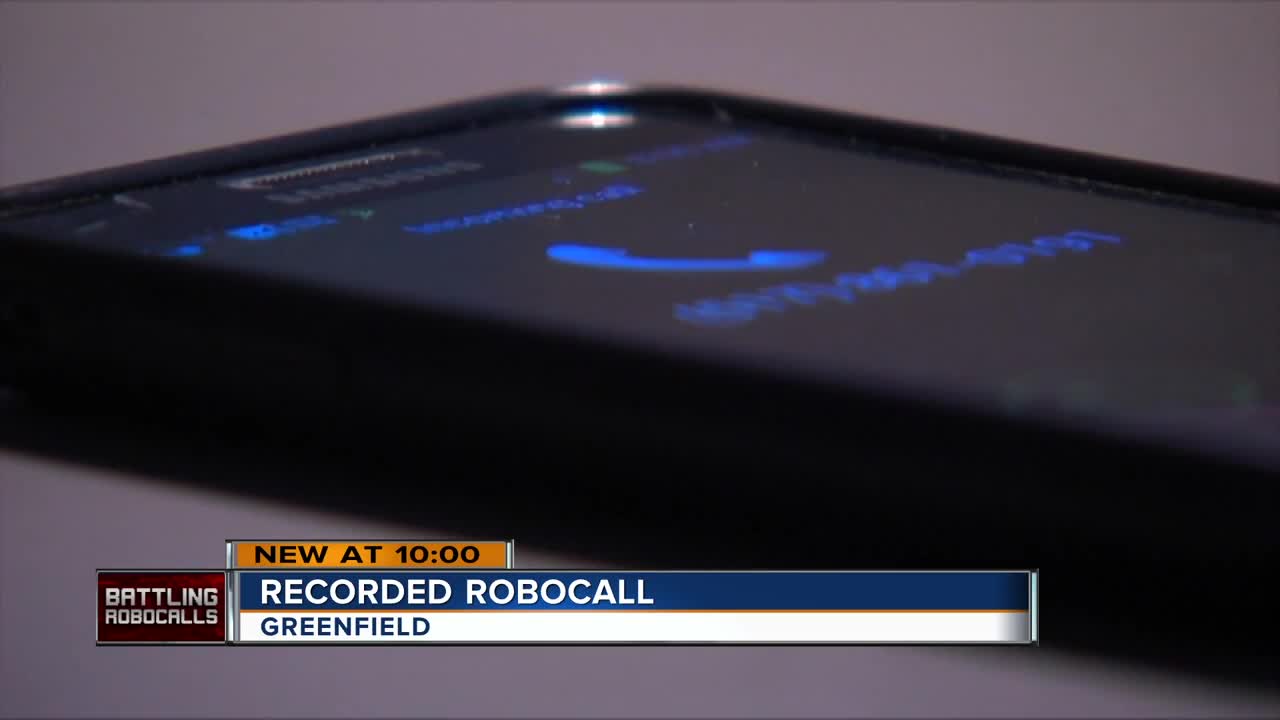 She wanted to expose her conversation, so people can see how illegal telemarketers prey on people, especially those with vulnerabilities who might not be able to identify the red flags.

GREENFIELD — When an unwanted call comes in, many of us ignore or block it on our cellphones. But, a Greenfield woman did the opposite. Lori Luckey said she wanted to expose her conversation, so people can see how illegal telemarketers prey on people, especially those with vulnerabilities who might not be able to identify the red flags.

“I think it's just really disgusting and disgraceful that people do this,” said Luckey.

“I wanted to show that these people will go to great lengths in order to get your money,” she continued.

After she answered the unwanted call, which had a 414 area code, she played along, pretending to comply. The caller claimed to be with the Social Security Administration.

“I had no idea how far it would go, so I just kept with it, and it was pretty surprising,” she said.

Luckey shared recordings with TODAY’S TMJ4 from her two-hour conversation in which she spoke with three different people. One caller told Luckey she had a warrant out for her arrest and warned her not to tell anyone about the conversation.

At one point, a spoof call came in from the Greenfield Police Department, and Luckey was transferred to others claiming to be government officials.

“I wanted to show that these people will go to great lengths in order to get your money.” — Lori Luckey

One of them instructed her to withdraw money from her bank and store it on two Target gift cards, each worth $1,000, urging her to lie to anyone questioning her actions.

“They may try to ask you that if you have received a call from Social Security or something to get a reward, right? So, do not let them know anything. Simply say, no, you are buying it for your personal use. You want to gift it to your daughter. She's moving to a different state,” the caller told Luckey.

To be clear, Luckey never did anything the callers asked.

TODAY’S TMJ4 contacted Greenfield Police asking if the department could pursue charges. Even though one of the callers allegedly impersonated a Greenfield Police officer, a detective at the station said because many of these calls often originate outside of the United States, the department does not have the resources to locate or charge anyone from overseas.