Protesters march onto I-94, calling for justice for Breonna Taylor
NewsEnd Violence MKE 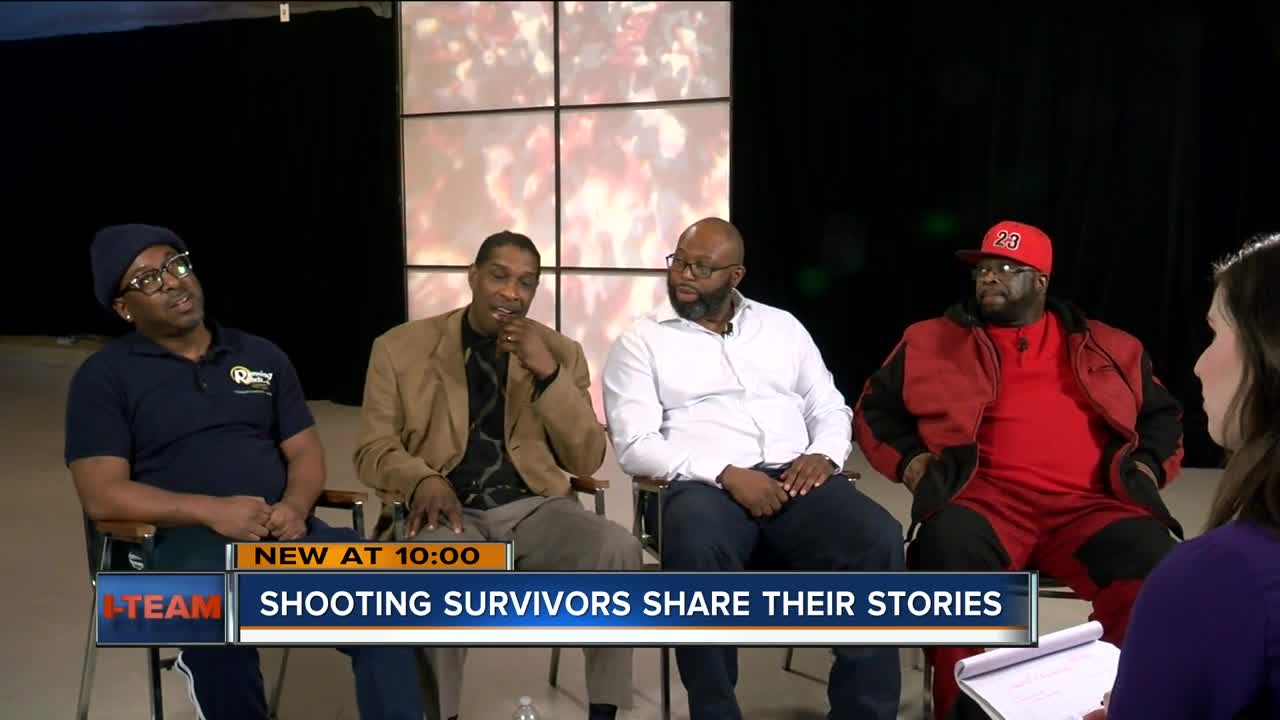 The four men have taken eleven bullets among them.

Sitting in four chairs in an empty TMJ4 studio, Jimmy Brown, Bernard Carpenter, Ali Gray and Johnnie Anderson get candid about how their lives lead them down difficult roads. Perhaps more importantly, the men reveal how they chose to change their situations and in doing so transformed their lives.

When Carpenter was shot twice in the head, it derailed his dreams.

"I had a chance to go to the NBA. I played with Larry Bird and Isaiah Thomas. And I had a buddy that was 7-feet-tall, he didn’t play basketball, but he sold drugs for a living," he said. "[I] went over to his house to let him know after I signed the contract you no longer have to sell drugs," said Carpenter.

Gray tells the I-Team he was a gang member. He describes himself at that time as "violent and aggressive."

Johnnie Anderson said he, too, was involved in gang activity until he realized he deserved better.

"When I first got shot, one time I thought I got shot again because I tasted gunpowder," said Jimmy Brown, who was shot five times in a robbery attempt.

"It’s so common where we’re from," Brown said about gun violence. "You see it so much you hear about it so much it never paid a big toll on me. You kind of expect something to happen all the time."

It's a reality most people can't understand unless they've lived it.

"It’s like why fill out an application at this time in my life when I can get a gun and I know for a fact dude got some money," Brown said about what drives people choosing violence. "Sometime your intention’s not to kill, your intention is to go and anything might happen in the streets."

That's what the men wish to change for other people growing up in the same Milwaukee communities they did.

Carpenter now works as a violence disruptor with 414Life. Brown mentors young people through Running Rebels, a Milwaukee organization for teens. Gray owns his own business. Anderson educated himself and found solace in the church.

"I think if they see the good in life, I think they have a whole different perspective of life," Anderson said.