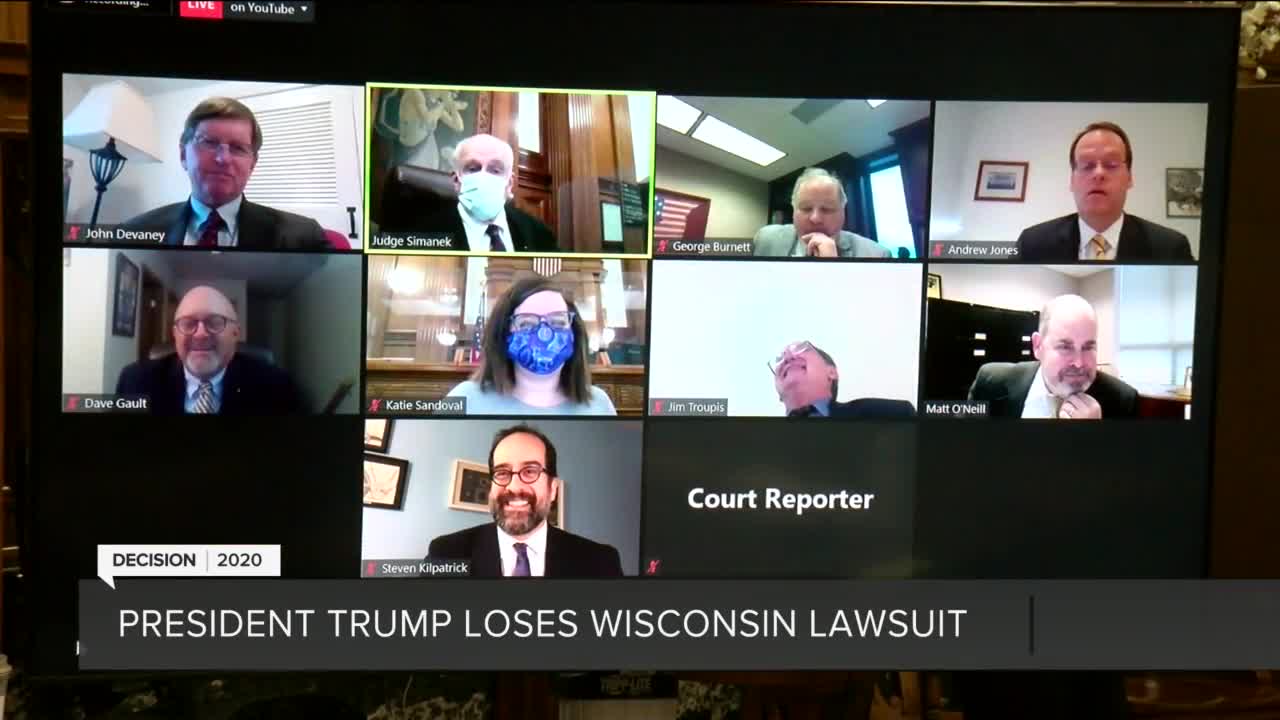 Reserve Judge Stephen Simanek said in Milwaukee County Court Friday morning there was no wrongdoing in the election.

“The certification of the results of the 2020 Wisconsin presidential election after the Dane County and Milwaukee County recounts is affirmed,” said Simanek as he addressed the court from the Milwaukee County Courthouse.

He made that ruling after hearing from lawyers from both the Donald Trump campaign and Joe Biden campaign. The Trump campaign wanted about 220,000 votes by Milwaukee and Dane county voters thrown out, in part because they say the people who voted early in-person did so without an application.

“There was no separate application. That’s the claim that’s what we are making,” said Jim Troupis, attorney for the Trump campaign.

The Biden campaign says the application was on the envelope when voters cast an early ballot. A practice that has been done for more than a decade.

“No one ever before ever objected to these practices,” said John Devaney, attorney for the Biden campaign. “One of the great ironies here, your honor, is this form was used in 2016 and was used to help President Trump himself get elected.”

The Trump campaign's lawsuit also claims people wrongly called identified themselves as 'indefinitely confined.' Plus, absentee voting envelopes were corrected or “cured” as the practice is known by clerks, which they also say is illegal.

“There is no credible evidence of misconduct or widespread fraud,” said Simanek. “The court should do everything to ensure the will of the voters prevail.”

The Trump campaign’s lawyers have already appealed the ruling in state court. The Wisconsin Supreme Court will take up the case Saturday at noon.