The postal service is paying for empty trucks to travel across the country as a result of newly implemented cost saving measures at the post office.

NASHVILLE, Tenn. — Postmaster General Louis DeJoy told senators Friday that the cost-cutting fixes he has made to the U.S. Postal Service transportation system were designed to improve service.

"The only change I made, ma'am, was the trucks leave on time," said Postmaster General Louis DeJoy on Friday.

But an investigation by Scripps station WTVF in Nashville found that, at the same time that DeJoy was testifying, the Postal Service was paying for an empty truck to drive from Nashville to Illinois.

It turns out that DeJoy's changes have led to empty postal trucks being run all over the country.

Those cuts require postal trucks to leave sorting facilities by a specific time each day and are intended to reduce expenses related to overtime and extra trips.

But postal workers in Nashville say DeJoy's new mandate is not practical and is having unintended consequences.

"Trucks leave empty," said Joe Jolley, a postal employee with the postal workers union in Nashville. "They leave completely empty. We pay a truck to travel to Memphis, a 53-foot truck with no mail on it." 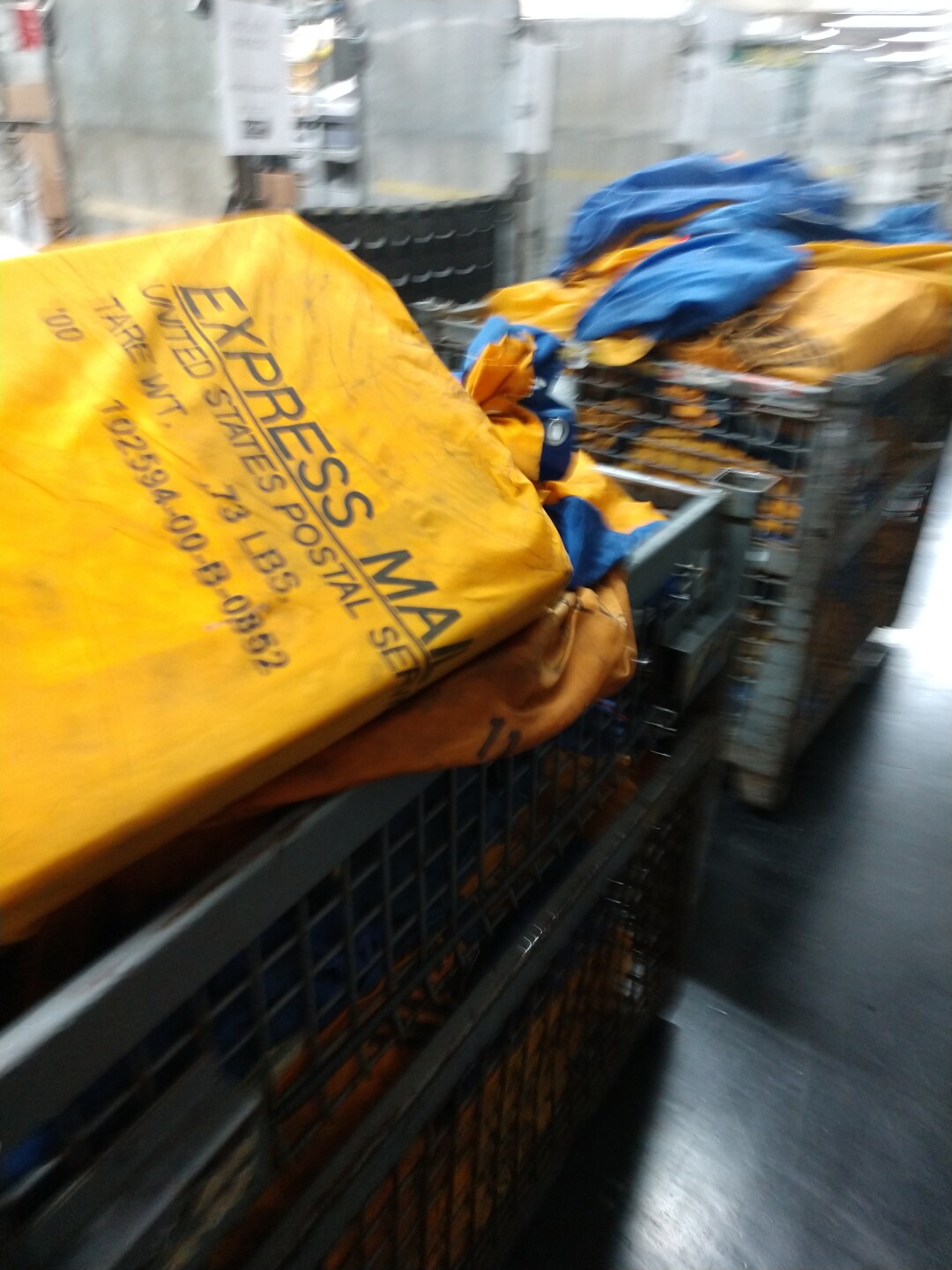 Jolley said DeJoy's new policy does not allow a truck to be held up for even five minutes so it can be loaded with mail. He added that Express Mail and Priority Mail are often left sitting on the docks because trucks have already left.

"That is very important mail — cremated remains, legal documents, things that must be delivered on time, guaranteed delivery — and we are not making that guarantee," Jolley said.

In June, the Postal Service's inspector general issued a report on the transportation network.

"During our site visits, we observed mail processing operations not processing mail timely, and not enough dock personnel moving the mail. This caused mail to miss its last scheduled transportation trip, which led to management calling extra trips and using driver overtime," the report said.

In response, DeJoy, who was appointed postmaster general in June, mandated that every truck keep its schedule, even if it is empty.

According to a trip ticket obtained by WTVF, an empty truck left Nashville's sorting facility Friday at 6:01 a.m. on its way to Carol Stream, Illinois.

The ticket shows the truck left 14 minutes ahead of its scheduled 6:15 a.m, departure time, embarking on the 500-mile trip even though it had no mail.

On the same day, a second truck bound for Memphis left 10 minutes early with an empty trailer, and yet another 53-foot trailer was empty when it left for Bowling Green four minutes ahead of schedule.

Don Eggers has been with Postal Service for 40 years and is vice president of the American Postal Workers Union, Local 5 in Nashville.

"We are seeing mail being delayed daily," Eggers said.

He said reducing staff and the number of sorting machines, which has happened in Nashville and at post offices across the country, only makes it harder to get mail ready for trucks.

In all, five of the facility's 34 sorting machines have been taken out of service recently, according to multiple sources with the postal workers union. 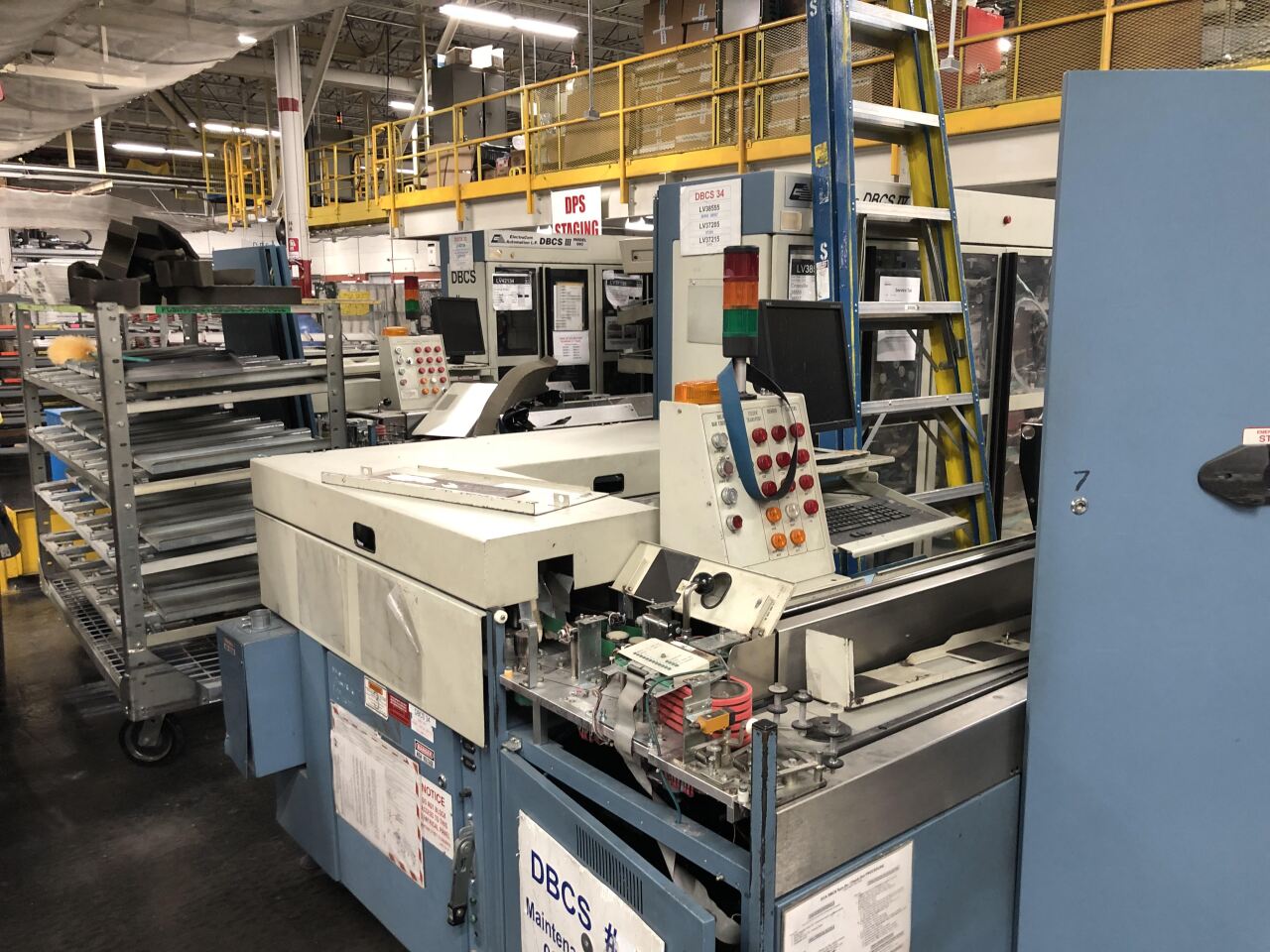 When asked why he thought mail sorting machines had been taken offline, Eggers said he thought that the Postmaster General was "basically just delaying the mail."

DeJoy told senators on Friday that mail sorting machines across the country are being removed to make more room for packages because mail volume is decreasing while package delivery is going up.

"Those machines, once they are gone, they are not coming back," Eggers said.

DeJoy confirmed Friday that any mail sorting machines taken offline in recent months will not be restored.

But Jolley says those are not the only machines taken out of service.

Until recently, Nashville had three machines capable or sorting oversized, flat mail, such as mail-in ballots, he said.

Jolley said one of those machines was just taken out of service, leaving the post office with no back-up if either of the remaining two machines were to fail.

"I think it's dangerous," Jolley said.

DeJoy assured senators the postal system would be able to handle mail-in ballots nationwide and promised to stop removing sorting machines until after the election.

But workers are concerned.

Eggers stopped short of saying that DeJoy was attempting to "sabotage" the election, but added the changes would have an impact.

"If the things (DeJoy) wants to be done, the postal service is to do, yes, it's going to affect (the election)," Eggers said.

DeJoy will answer additional questions Monday before the U.S. House of Representatives.

This story was originally published by Ben Hall and Kevin Wisniewski on WTVF in Nashville, Tennessee.

How to register to vote How to request an absentee ballot How to find your polling place See all voter deadlines How to become a poll worker in Milwaukee What to bring to the polls on election day What's going to be on your ballot? How to vote early in Milwaukee