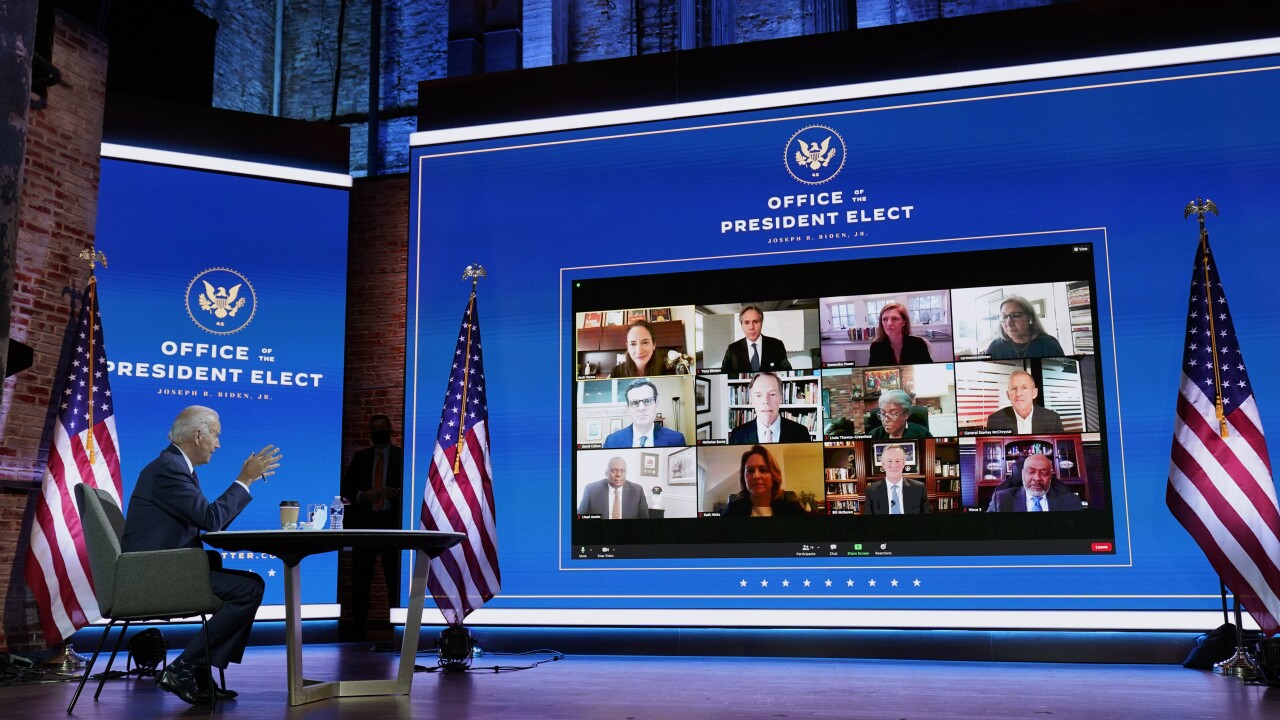 WILMINGTON, Del. (AP) — President-elect Joe Biden has been forced to seek extraordinary workarounds to prepare for the exploding public health threat and evolving national security challenges he will inherit in just nine weeks.

Blocked from the official intelligence briefing traditionally afforded to incoming presidents, Biden gathered virtually on Tuesday with a collection of intelligence, defense and diplomatic experts.

He's also expected to hold his own meetings with vaccine makers this week to help determine his own distribution plan.

Two weeks after the election, Trump continues to block Biden’s access to his administration’s pandemic and national security briefings, falsely claiming without evidence that Biden is not the legitimate president-elect.