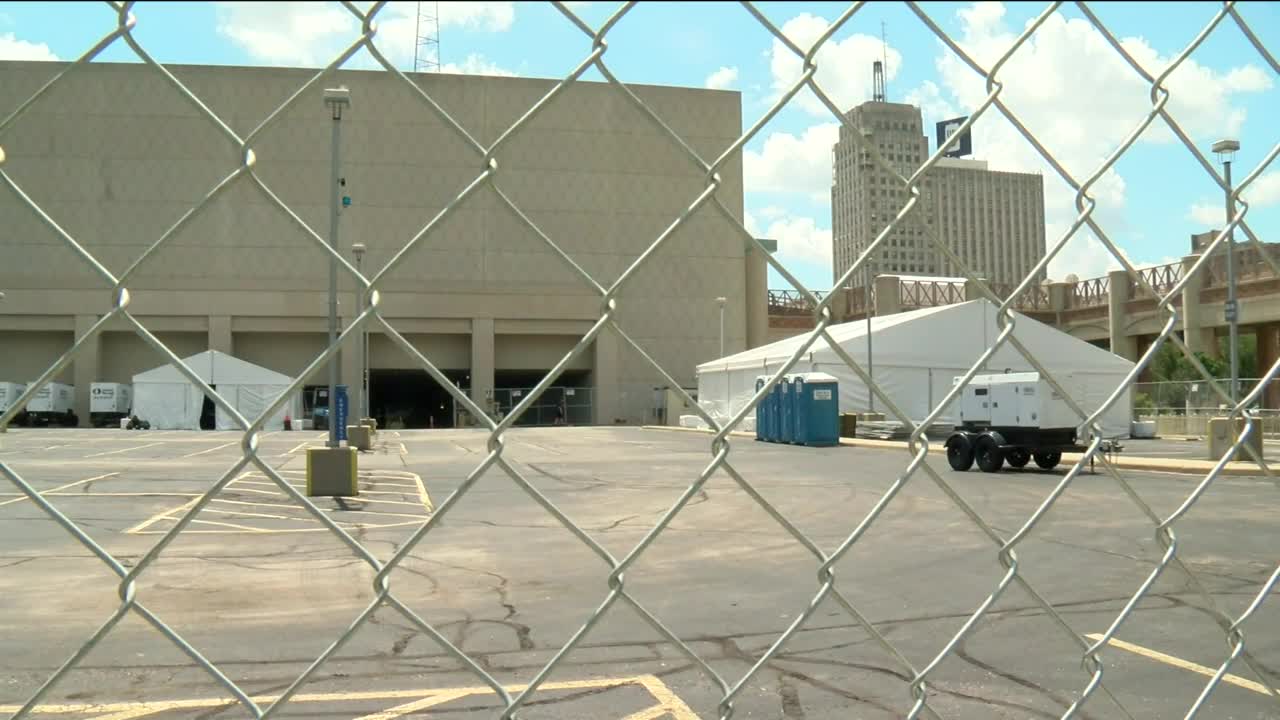 The Democratic National Convention is three weeks away and workers are finally starting to set up in downtown Milwaukee. While it will be significantly scaled down, the city will still host the main event and act as an ‘anchor’ for the convention. 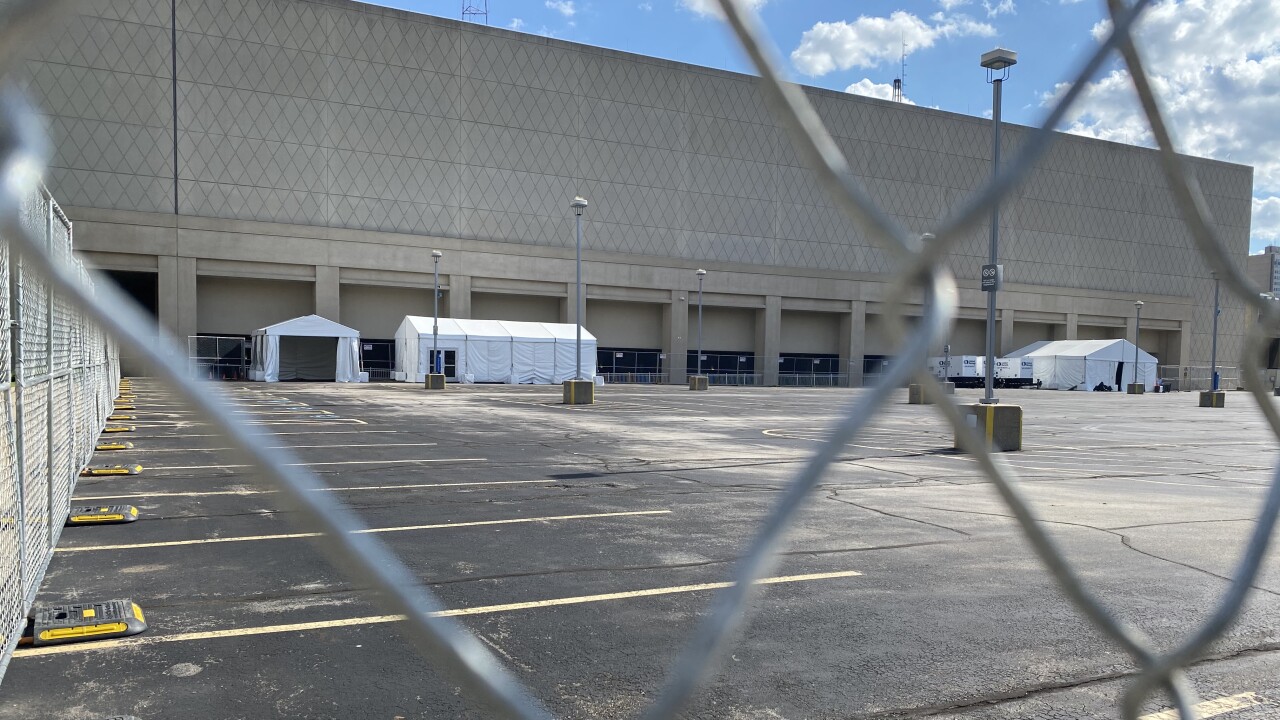 MILWAUKEE — The Democratic National Convention is three weeks away and workers are finally starting to set up in downtown Milwaukee. While it will be significantly scaled down, the city will still host the main event and act as an ‘anchor’ for the convention.

Physical preparation for the conventions is now underway. In just the past few days, four tents popped up in the parking lot of the Wisconsin Center, which is now surrounded by several feet of temporary fencing. There’s also a tent installed on the elevated parking area by the entrance to the exhibit hall. On top of that, TMJ4 News also spotted workers marking sidewalks with spray paint over the weekend.

Michael Sanchez, who lives in Milwaukee, is excited to see the activity downtown.

“I guess it’s going to happen, you know on some scale we’re going to have a DNC,” Sanchez said.

He like others across the country questioned how the COVID-19 pandemic would impact the convention.

“We weren’t sure if it was going to happen for a while, and you know they kind of were saying it might not happen,” Sanchez said.

Then, the DNC was postponed from July to August, and last month officials announced a scaled-down, virtual event, with Joe Biden accepting the Democratic presidential nomination here in Milwaukee.

TMJ4 News’ partner at the Milwaukee Business Journal Mark Kass said attention will still be on Milwaukee during the DNC.

Kass said downtown it’s clear workers are starting to prep for the convention. He said DNC staff had control of the Wisconsin Center as of July 20. Also, in past interviews with TMJ4 News, the center’s CEO said work would start around this time.

Even if the event is smaller, Kass said the security preparation is still needed with Biden in town and the potential for large crowds of protesters.

“You could see hundreds and hundreds or maybe more than that of actual other people here to protest,” Kass said.

The DNC starts on August 17, but there remain many unknowns. What we do know is workers are here in Brew City getting ready for the big event.