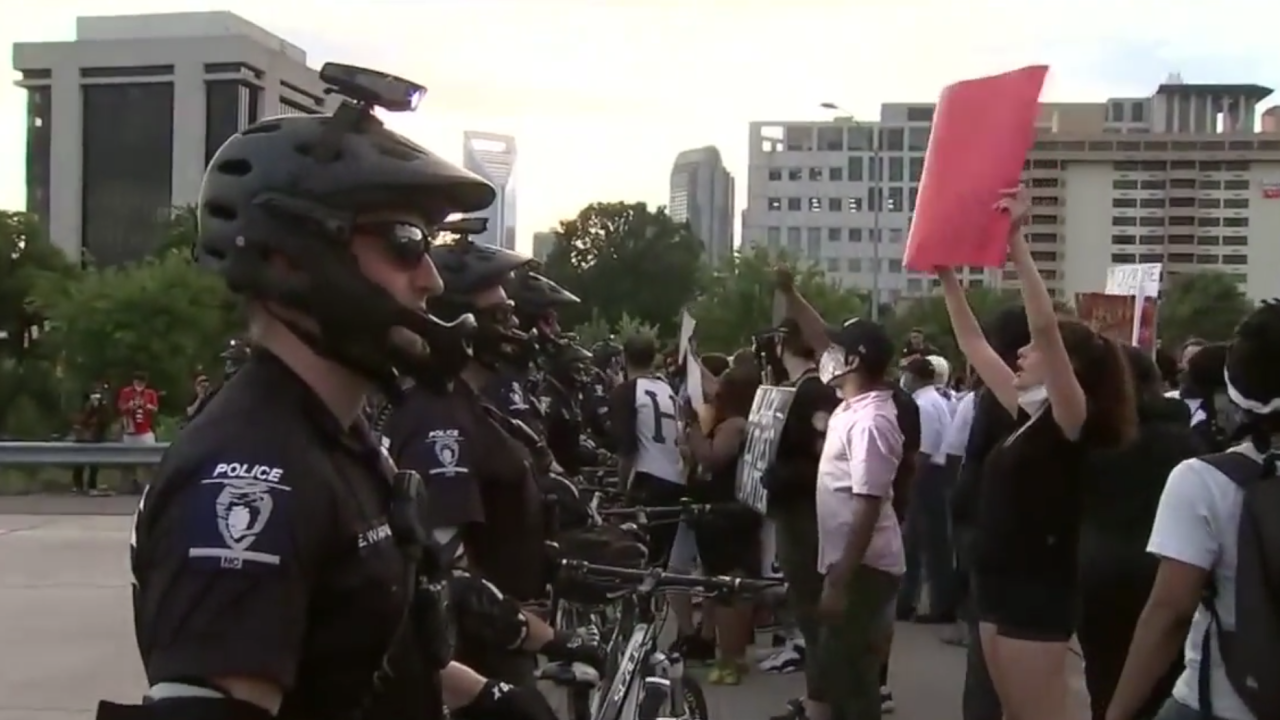 When asked about law enforcement’s response to the ongoing protests, the director of the National Police Foundation, Dr. Frank Straub, said the rhetoric must be toned down.

Straub pointed to the Charlotte Police Department, which worked with activists and now its officers stand in a line without riot gear.

“And their whole idea is community engagement and community dialogue,” said Straub. “And so, we haven't seen in Charlotte the same level of disruption and violence that we've seen in some cities.”

Straub calls Charlotte's response a model for other cities. He also notes when violence escalates in crowds, police should do whatever they can to limit damage or injuries.

That's a point also made by a Joe Deedon, a former SWAT member who now runs a consulting company for law enforcement training. Deedon says a softer approach may work with peaceful protestors, but the situation can change quickly.

“You're starting to see a lot of cities kind of try to work with these two new schools of thought, right, with that soft handed approach at the beginning, build more of that rapport, try to avoid problems that usually tend to take place later on during the events,” said Deedon, founder of president of TAC*ONE Consulting.

Deedon says we saw that shift in Minneapolis. After a destructive first few nights, police took a hard stance. Deedon says police may have to take measures to protect protestors when rioters or looters are in the same crowd.