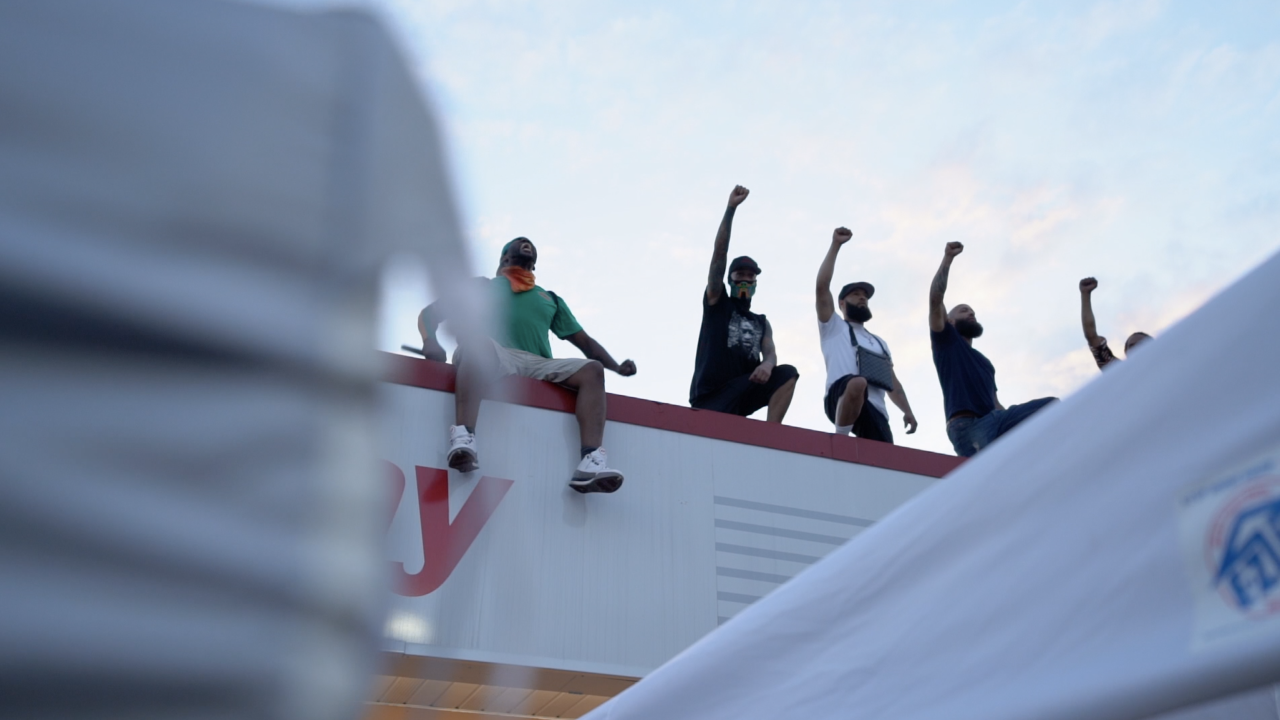 MINNEAPOLIS, Minn. -- Tracey Williams-Dillard is the granddaughter of an influential journalist who gave a voice to black communities when they weren’t being heard back in 1934.

"He was righting the wrong,” Williams-Dillard said.

Minnesota Spokesman-Recorder is the oldest black-owned newspaper in the state of Minnesota. It was born from oppression -- lifting up voices and stories that might otherwise go unheard. But as publisher, Williams-Dillard is afraid not too much has changed in 86 years.

She’s encouraged to see people in the community protesting in the streets.

“This is a peaceful protest," Williams-Dillard said. "This is because people want to see justice. They want to see something different from what we’ve been seeing for way too long.”

It hasn’t all been peaceful. Williams-Dillard was overcome with emotion when she saw her family’s building boarded up for the first time in its history.

“When I walk up to the black press and we realize that we’re boarded up too because the violence is out of hand,” Williams-Dillard said.

They sit only a few blocks away from where George Floyd took his last breath.

“This anger, this goes back beyond Minneapolis around the nation. Some people don’t know all this history, but they feel it in their bones because their parents have lived through it,” the paper’s community editor Mel Reeves said.

Reeves is also a human rights activist and says people of color are sick of seeing their brothers and sisters killed by law enforcement time and time again.

Even if people aren’t inherently racist, he believes prejudice has been built into American society.

For example, in the 20th century, Goetz says there were explicit forms of racial discrimination in housing. It was illegal for some people to occupy certain types of housing and it created great wealth imbalances.

Even though those overt acts of racism may not happen now, “What that has created over time is a huge disparity in wealth because there’s been a generation or two of white people who have been able to generate a lot of wealth from their housing and have passed that wealth onto subsequent generations,” Goetz said.

Many minority groups don’t have that same privilege. Another element of systemic racism has to do with rules that are built into our systems like the way we fund our local schools – most are funded by property tax revenues and local funds.

“So you have very well-endowed schools in some neighborhoods providing tremendous opportunities and experiences for students, and you have schools in other neighborhoods that are underfunded that don’t have the most recent textbooks or facilities, and this produces disparate outcomes in education which then goes on to have impact on subsequent earnings,” Goetz said.

It’s a cycle that’s hard to break, but systemic racism goes beyond housing and school. According to Goetz, for the same crime, people of color are arrested, prosecuted and jailed more than white people.

“There are so many people whose heart is literally to protect and serve, but too many… too many where that isn’t the case, and that behavior goes unabated, and it spreads, and it becomes part of the culture,” Ellis said.

Ellis says there are possible solutions like training officers differently, or getting them connected with the community.

“There’s something about policing a person that could live around the corner from you, or go to school with someone that you love,” Ellis said.

Ellis says she’s optimistic change is coming soon. Williams-Dillard says Minnesota Spokesman Recorder will not stop its activism until that change is made.

“My hope for going forward is that we can just be real. Let’s get real about what is happening, let’s get real about our role to be a part of the change. And let’s stop having nice conversations, and have honest ones,” Ellis said.

“We gotta keep the news out there, we gotta remind people that these are real times, and we gotta talk about it,” Williams-Dillard said.

“At some point, we gotta lay down our prejudices and our assumptions about folks, and we gotta see each other as human beings. Can’t stress that enough,” Reeves said.

“I cannot breathe. My heart is so heavy. It’s just so heavy,” Williams-Dillard said.