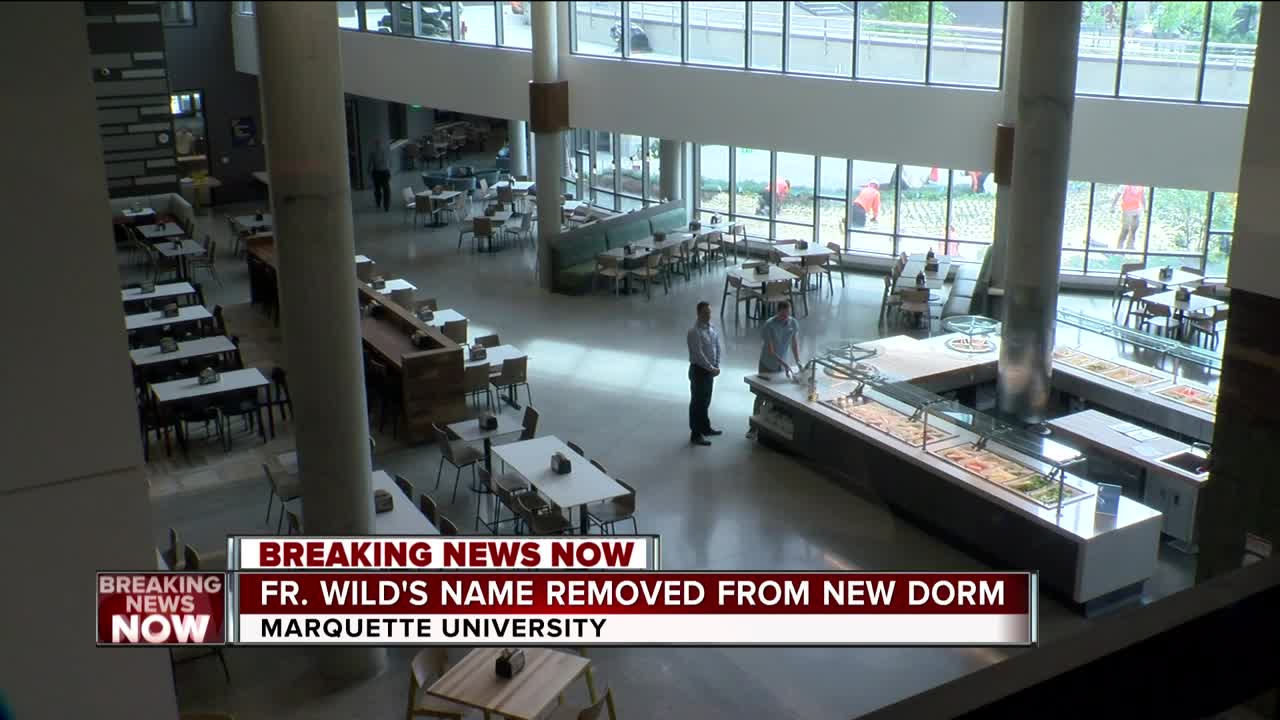 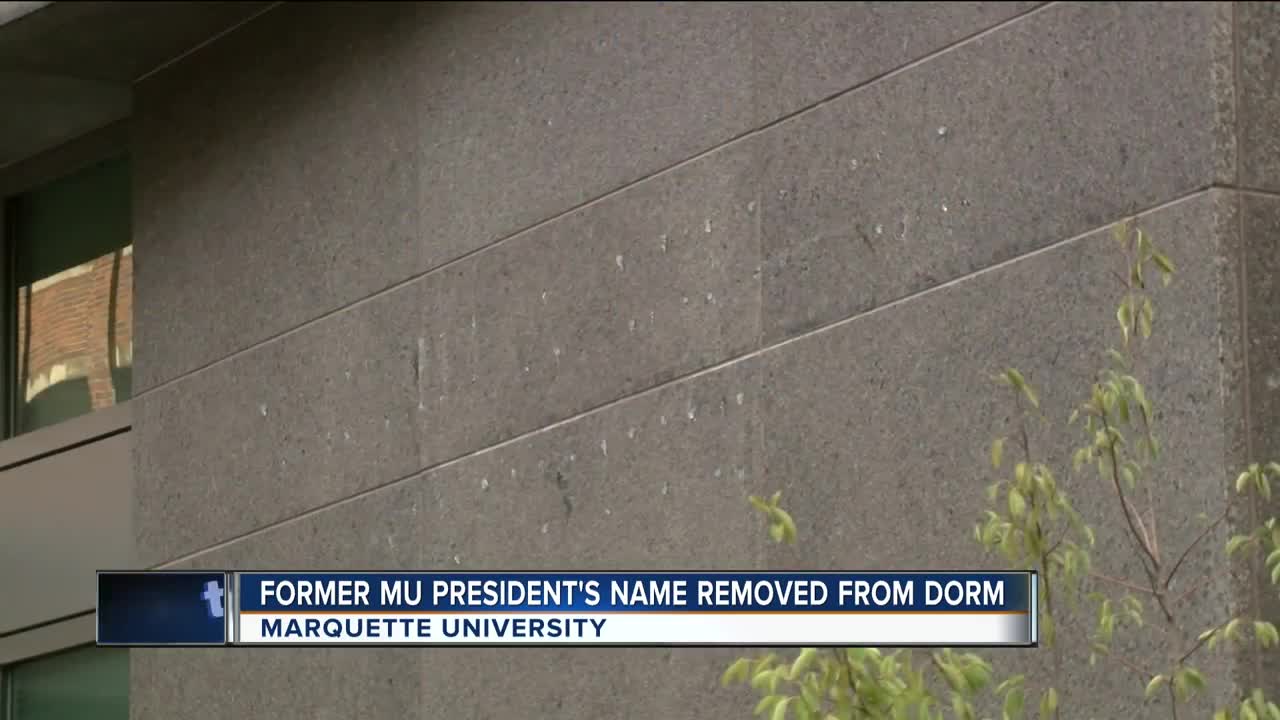 As students walked out of their brand new dorm on Marquette's campus Tuesday, they noticed something different. The sign on the dorm has been taken down.

"Today, when we checked there was nothing there," said freshman Katherine Martin pointing at the building.

Two weeks ago, students rolled in their belonging past this sign Robert A. Wild, S.J., Commons, the university's past president.

Father Wild requested his name be taken down, citing his own mismanagement of clergy sex abuse cases in the 80s and 90s.

In a letter to the Marquette University he said: "During my six years in office, accusations of sexual abuse of minors were lodged against three of our members. The restrictive measures I thought sufficient to restrain the behavior of one of the priests ... proved in practice to be insufficient to do so."

The university is already referring to the dorm as The Commons on their website. Some students were disappointed to see the name go.

"We were all being excited for it, like it's going to be a 'wild dorm' and we can all relate to that, like a sophomore and freshman wild dorm," said Brook Seifu, sophomore. :50

But not when they heard the reason it was taken down.

"Probaby wasn't a good idea in the first place and it was the right reason to take it down," said Cameron Lee, sophomore.

"I think Marquette should have thought more about it before they decided to name that after him," said Rebecca Vibbert, sophomore.

Here is the full letter he sent to the school:

Letter from Father Wild to President Lovell and Board of Trustees

Dear Mike and members of the Marquette Board of Trustees:

As a Jesuit, Catholic priest, I am filled with sorrow and abhorrence at any incident of abuse committed by a religious leader. While those feelings cannot atone for what people endured who have been sexually abused, I still want to express my regret for their suffering and for the terrible wrongs done by their abusers.

As Provincial Superior of the Chicago Province of the Society of Jesus (the Jesuits) from 1985 to 1991, I was invested with authority over all Jesuits belonging to that particular three-state region. During my six years in office, accusations of sexual abuse of minors were lodged against three of our members. Looking back, I would have handled certain aspects of those cases rather differently than I did then. The restrictive measures I thought quite sufficient to restrain the behavior of one of those priests, for example, proved in practice to be insufficient to do so. I very much regret that and apologize especially to those victimized for my mistakes in that regard.

In a recent letter to the whole Church, Pope Francis describes the sexual abuse of minors and other vulnerable people as something demonic and cites in that connection Matthew 17:21, where Jesus explains to his disciples, “This class of demons can only be expelled by prayer and fasting.” After much thought and prayer, and careful consideration, I have decided that one aspect of the “fasting” I should undertake is to formally request that Marquette University remove my name from our new residence hall complex. Therefore, after careful discussion of the matter with Marquette University’s leadership, I formally request that the University remove my name from the building that was recently named for me.

Marquette University’s Board of Trustees received today a thoughtful letter from Rev. Robert A. Wild, S.J., stating his request to have his name taken off of our new residence hall. I respect Father Wild’s decision as laid out in his letter, and the Board unanimously agreed to honor his request. We are in agreement with Father Wild that this is the right decision for both Marquette and survivors of clergy abuse. The residence hall, which includes Ray and Kay Eckstein Tower and Wells St. Hall, will be known as The Commons. We have tremendous respect for Father Wild and are grateful for his leadership as Marquette’s president from 1996 to 2011 and again from 2013 to 2014. Anyone who knows Father Wild understands that he values the Gospel message of love and forgiveness and we move forward together as a Marquette community in that spirit. We offer our prayers for continued strength and healing for all survivors of clergy abuse.