5 signs that Christmas is coming to Wisconsin way too early

The recent unseasonably warm weather may have forced you to keep your t-shirts and shorts out for a few more weeks, but a tsunami of holly and mistletoe is headed our way.

If it seems Christmas has been slammed down your throat earlier and earlier each year with holiday commercials during October football games and Christmas-themed drinks coming to your favorite coffee shops before daylight saving time even kicks in -- you're probably right.

Here are five hints that Christmas is coming to Wisconsin earlier than you think.

Has a summer of partying and grilling brats got you jiggling and jolly? Has your beach bum beard reached critical bushiness? Well, those attributes some would call "poor hygiene" may come in handy this holiday season.

You can already find listings mall Santa gigs across America, including Mayfair Mall.

The Mayfair job listings reads, "What could be more exciting than delivering the magic of Christmas to children and families while earning a little extra cash?"

Going to the Estabrook Beer Garden one more time, apple picking, a last trip to the beach, or literally anything else.

Oh, by the way, qualified applicants must be able to lift 60 pounds worth of children.

If playing Santa or one of his elves isn't your style, you can always apply for one of the thousands of job openings coming this holiday season, including 500 FedEx jobs in New Berlin.

For the second straight year, the Christmas tree in the White House will be from Wisconsin.

Jim, Diane and David Chapman, owners of Silent Night Evergreens in Endeavor, Wisconsin, were the Grand Champion winners of the National Christmas Tree Contest this year.

The tree will be displayed in the Blue Room of the White House this Christmas.

For the Obama's last Christmas, a Balsam fir grown by Dave and Mary VanderVelven of Whispering Pines Tree Farm was selected. That tree stood 18 and a half feet tall.

This year for the Trump's first Christmas, you can expect the tree to be YUUUGE!

3. You Can Already Buy Your Own Christmas Tree

Trump has his Christmas tree picked out, and so can you!

For those who have a year-round Christmas spirit, JCPenny started selling trees in September.

A number of retailers are also selling Christmas decorations and trees online, including Target, Menards and Lowe's.

What’s that by the Halloween candy?

It’s the first week of October, and you can see some shops stocking Christmas trinkets and decorations on their shelves across the area.

It’s a small, but symbolic way to show that Christmas is pushing Halloween out of the way to get the season started ASAP.

Check out the spread at Nordstrom Rack Mayfair Collection: 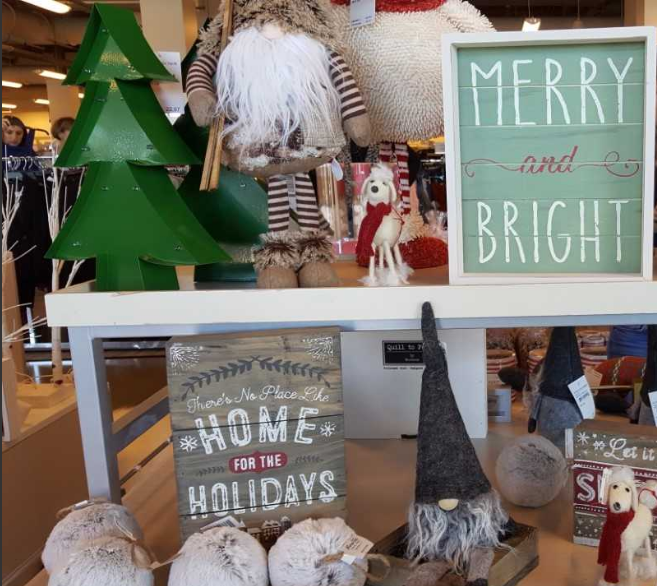 And this one at the Walgreens on Oakland and Locust: 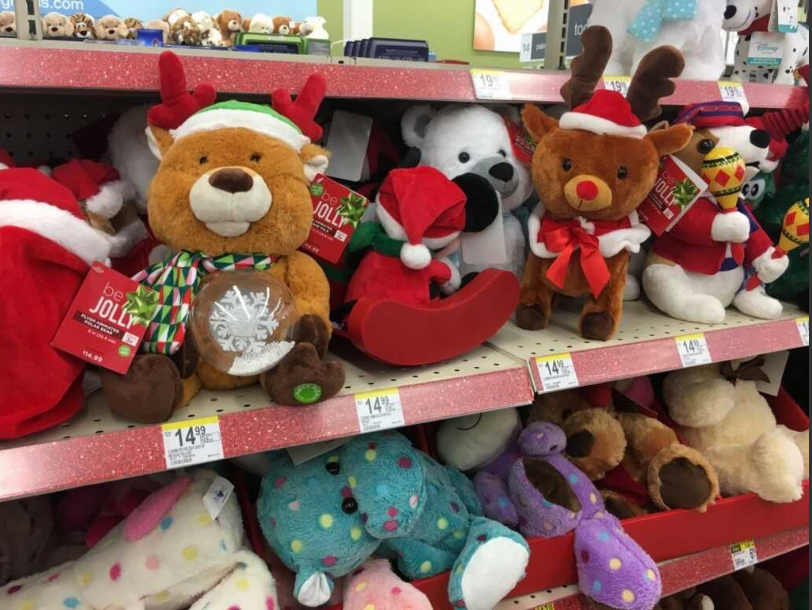 The worst offender for pushing Christmas into July might be ad companies.

According to a report by MDG Advertising, in 2014 Kmart ran an online “Christmas” ad as early as Sept. 12.

“Hello America, it’s too early for Christmas so, just to be clear, this is not a Christmas commercial.”

That’s how Kmart’s new ad opens, but soon it becomes very clear that this clever spot is really all about the holiday season—especially after a reindeer, Yule log, and Santa make appearances.

MDG cited a study that suggests 30 percent of shoppers make holiday purchases before the end of October, so advertising companies may see an opportunity to push Christmas on you earlier and earlier.

Don't fret, fans of everything fall. Christmas is still months away, and there are signs to prove it. You have another month before Starbucks puts out its red holiday cups. The city hasn't started decoration preparation in Cathedral Square (yet). And the Old World Christmas Market in Elkhart Lake doesn't open for another two months.

So relax, sit back, and enjoy autumn before you dive head first into a sea of candy canes and commercialism.