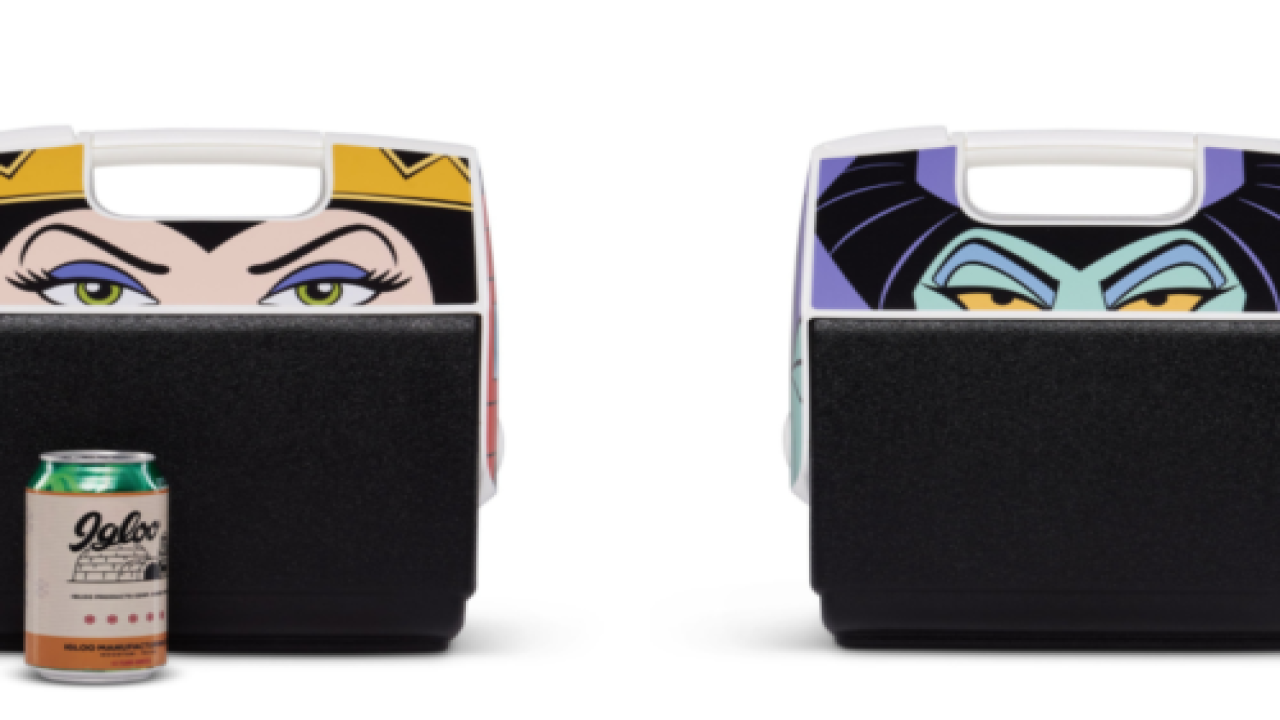 Disney villains are known for having cold, cold hearts and trying to keep anyone from having a happily-ever-after ending. A new line of products inspired by these big baddies taps right into that part of their personalities.

Igloo now has a line of coolers featuring some of the nastiest villains in the Disney universe. What better way to keep things chilly than to let your refreshments be guarded by an evil queen or a sea witch?

The Disney Villains Playmate Pal Coolers have four different wicked women available for fearless fans. Each cooler has a 7-quart capacity, which means it can hold up to nine 12-ounce drinks, an average lunch or even an assortment of snacks and appetizers to bring to a game night where you play Disney Villains Monopoly!

All of the coolers feature the famous Igloo tent-design top and cost $39.99. The only question is, which villain do you want to have by your side?

Maleficent may have turned herself into a dragon to wreak havoc in “Sleeping Beauty,” but this cooler proves she doesn’t need to be a mythical, fire-breathing creature to look intimidating! She might just keep prying eyes (or hands) out of the cooler and keep your lunch safe.

The Evil Queen from “Snow White and the Seven Dwarfs” would definitely declare this cooler the fairest of them all! What you decide to keep in the cooler featuring her royal highness is up to you. We think she might have some potions and poison apples hiding inside hers.

No Dalmatian puppies were kidnapped or harmed in the making of this cooler, based on Cruella de Vil from “One Hundred and One Dalmatians.” Of course, Cruella’s favorite spots cover the sides of the cooler and the phrase, “Unapologetic Power,” is printed on the back.

One of Ursula the sea witch’s famous quotes from “The Little Mermaid” was, “Life’s full of tough choices, isn’t it?” We disagree. We want to get our tentacles on this cooler! Unfortunately, as of this writing, the Ursula cooler was sold out but you can sign up to be notified when she swims back into stock, though!