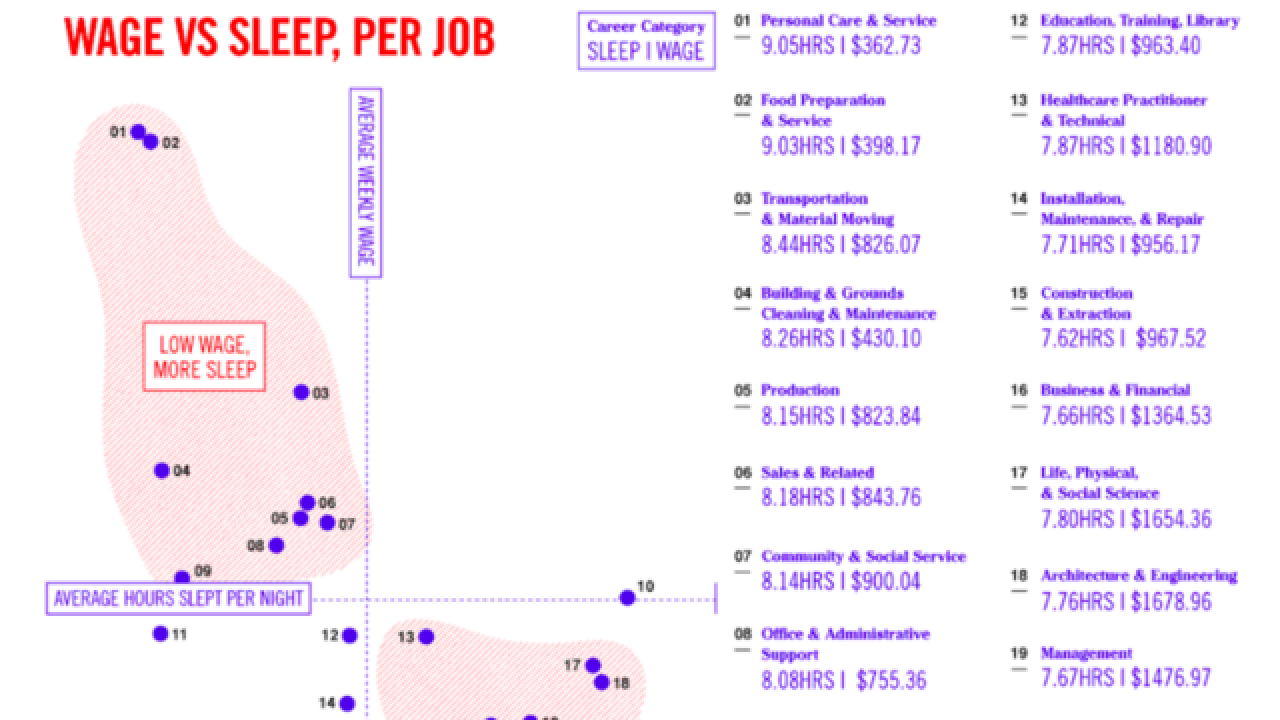 Is there anything better than a long night of sound sleep?

Not getting enough shut-eye has been shown to negatively affect everything from your happiness level to your sex life. Apparently, the amount of sleep you get can also affect the size of your paycheck— but not necessarily in a good way.

The folks at Tuck, a non-profit group that studies sleep and provides education on that glorious topic, looked into the amount of sleep you’re likely to get in various jobs and how that translates to your salary. The study looked at the sleep and work habits of 10,000 Americans, based on 2016 data from the Bureau of Labor Statistics’ American Time Use Survey.

You’d assume that people who make a lot of money hardly sleep at all, right? Well, that stereotype proved to be true in the case of lawyers, but was not accurate when it came to doctors, scientists and coders. The latter three professions were among the best in terms of high pay and higher-than-average sleep times. On the other hand, if you’re a hair stylist, fitness trainer or bartender, that might mean you could get an average of nine hours of sleep per night—but the trade-off is that you’ll make far less money.

But the worst career path for those who like sleeping and making good money appears to be as a healthcare assistant or aide. The hard-working people in those jobs averaged less than eight hours of sleep per night (sometimes as little as 5.6) and also had one of the lowest average weekly wages of any field (about $426).

Check out this handy infographic for a full look at Tuck’s findings.

Where does your job fall on the sleep-vs.-money continuum? Would you be willing to sacrifice sleep for a higher salary?

Related stories
Copyright 2018 Scripps Media, Inc. All rights reserved. This material may not be published, broadcast, rewritten, or redistributed.