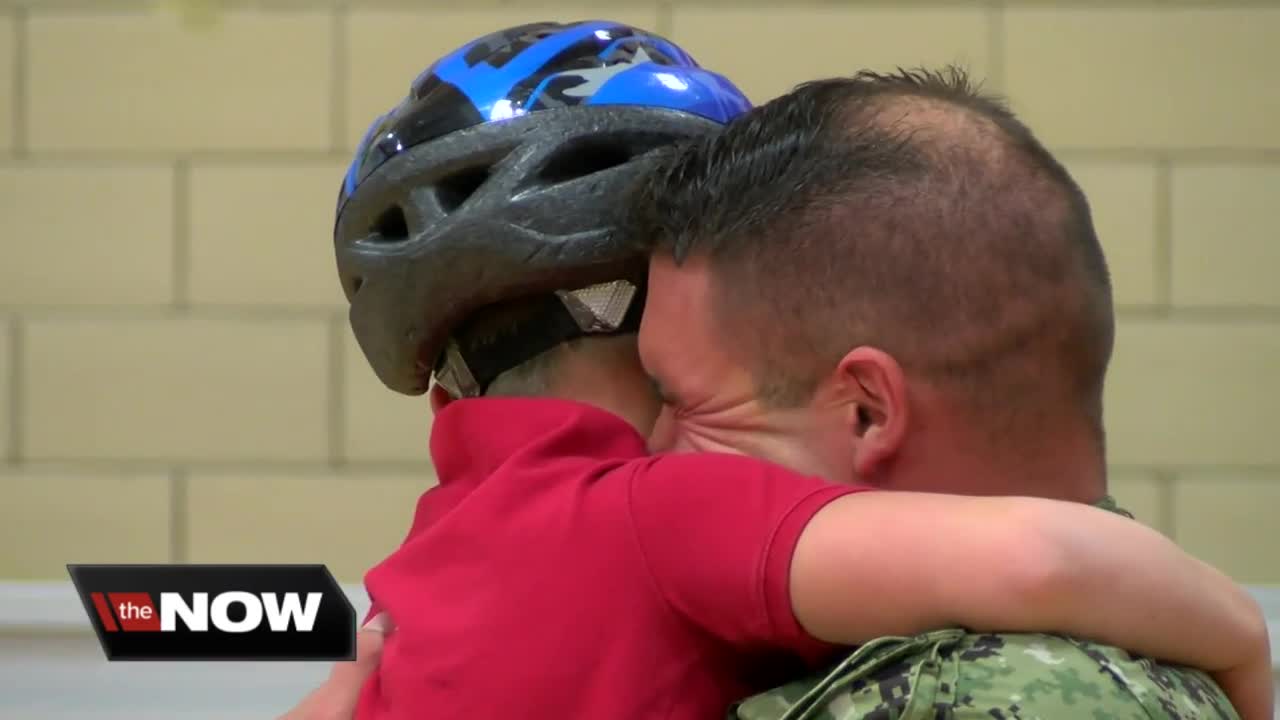 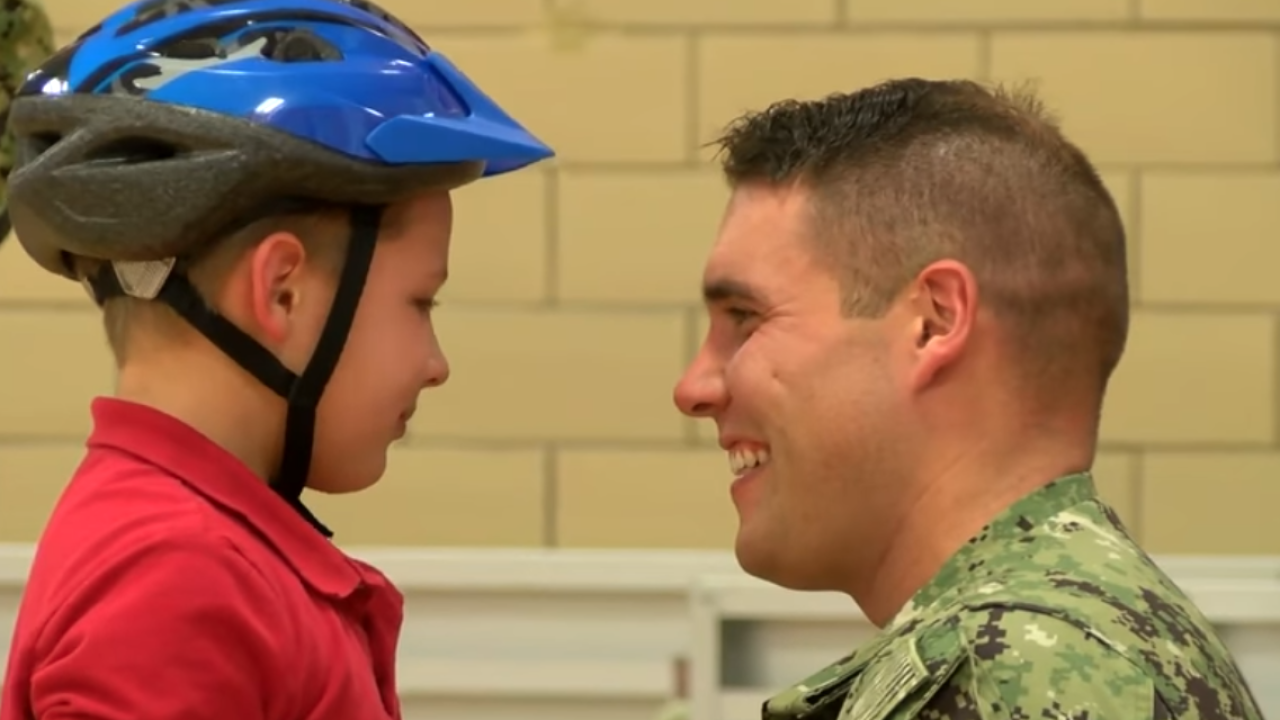 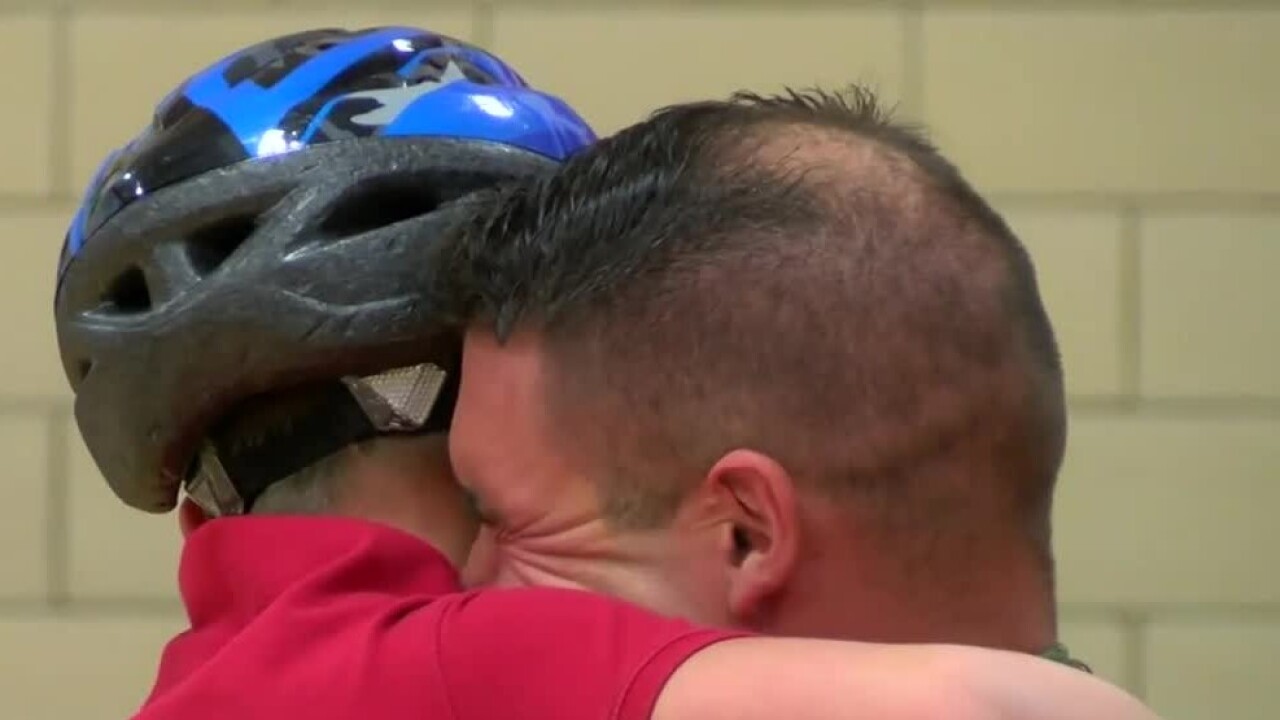 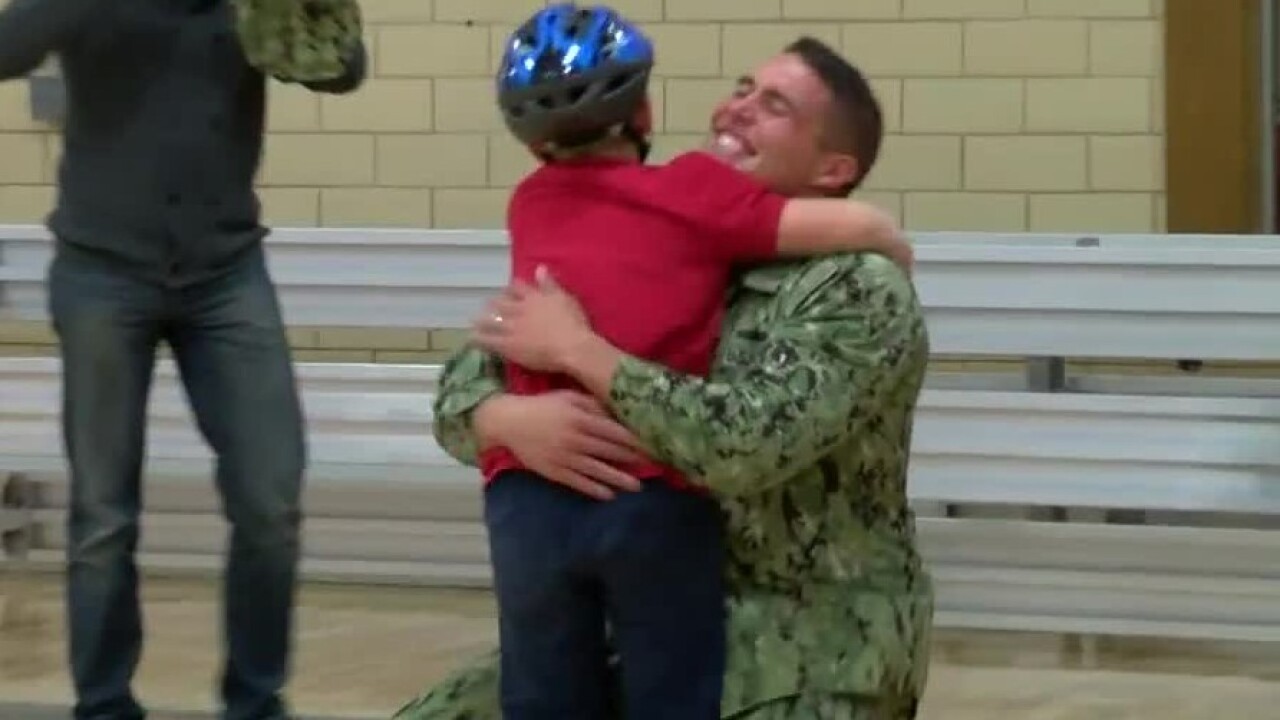 MILWAUKEE -- What was supposed to be a normal day at St. Monica Catholic School in Milwaukee for 7-year-old Ethan Anderson quickly turned into the biggest surprise of his life when his navy dad showed up for gym class too.

Lt. Commander Jon-Andrew Anderson-Ingebrigtsen hasn’t seen his son, Ethan, in 20 months. He was deployed in April 2017 and has been serving in Bahrain as the first commanding officer for the USS Chinook PC-9.

“I really missed my son. I haven’t seen him in a while,” Lt. Commander Anderson-Ingebrigtsen said.

Ethan expected to reunite with his dad later in the year, but those plans took a back seat when Ethan saw his dad walk through his school’s gym doors.

Lt. Commander Anderson-Ingebrigtsen is the youngest captain in the Navy, but now that he’s back home in Milwaukee helping his son strap on his skates for gym class. He's officially resumed his role as dad on duty.