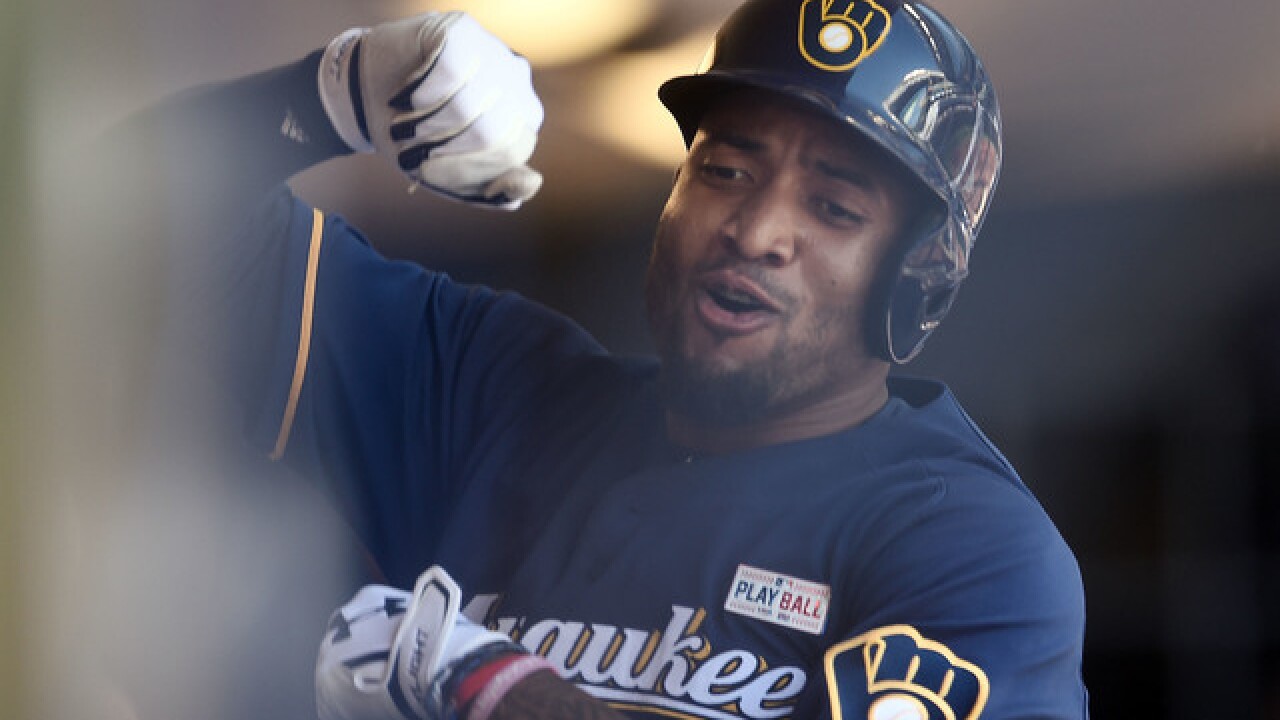 Image copyright 2017 Getty Images. All rights reserved. This material may not be published, broadcast, rewritten, or redistributed.
Stacy Revere
MILWAUKEE, WI - JUNE 04: Domingo Santana #16 of the Milwaukee Brewers celebrates with teammates following a home run during the eighth inning of a game against the Los Angeles Dodgers at Miller Park on June 4, 2017 in Milwaukee, Wisconsin. (Photo by Stacy Revere/Getty Images)

The Milwaukee Brewers are parting ways with Domingo Santana, trading him to the Seattle Mariners, the team announced Friday.

In return, the Brewers will acquire outfielder Ben Gamel and right-handed pitcher Noah Zavolas from the Mariners.

Santana came to the Brewers in 2015 as part of a six-player deal with the Houston Astros. He had a breakout year in 2017 with 30 home runs and 85 RBIs, but last season Santana had some struggles and spent part of the year in the minor leagues.

"Domingo contributed to many great moments during his time with the Brewers," said General Manager David Stearns in a news release. "He is a true professional, and we wish him well."

Gamel is 26, batting .269 in his 268 games in the big leagues, playing for Seattle and the Yankees. He is also the younger brother of former Brewers outfielder Mat Gamel.

"We are pleased to add Ben and Noah to our organization," Sterns said. "During his young career, Ben has proven that he can hit at the Major League level. His left-handed bat and outfield versatility also provide solid fits for our roster. Noah is a pitcher we targeted in the draft this past year and we are happy to bring him into our organization."