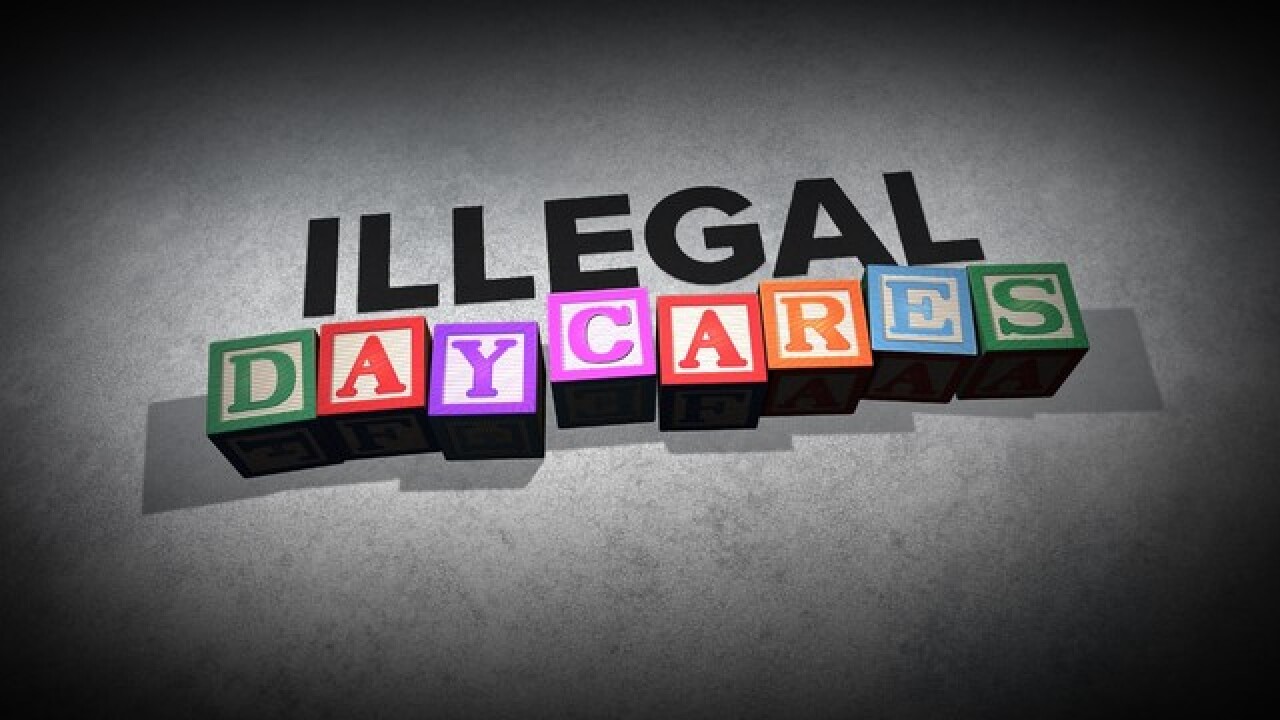 In Wisconsin, anyone can run a for-profit day care out of their home with no training needed and no license required.

State law allows these unlicensed day cares to exist if they agree to honor one rule: watch no more than three kids in addition to their own.

As the I-TEAM discovered, day cares routinely ignore that rule, breaking the law and putting children at risk.

In January, six-month-old Finley Olson died at an illegal day care in the Cudahy home of Carrie Heller.   State investigators found Heller watching seven children that day, three of them her own and four not related to her.

Today, Rachel Olson has only photos and memories to recall her lost little girl.

"Finley was a very happy baby," Olson said. "She had such a light about her."

The medical examiner found the six-month-old had a fractured skull and a brain bleed.

Carrie Heller told investigators "she did shake Finley," but as an attempt to revive her.

While the state Department of Children and Families does not track the deaths of children in day care facilities, the I-TEAM was able to construct a picture of this problem's scope through news coverage and public records.

Those documents show Finley Olson was the eighth child in the last eight years to die at an illegal day care.

Chicago-based attorney Tim Whiting has followed Wisconsin's illegal day care problem for years. He is troubled by the number of children who have died in places their parents thought were safe.

"Any child that's harmed is one too many. Eight is clearly an epidemic," Whiting said.

Twyla Will was caught caring for nine children in June 2015. Only one was related to her.

According to investigative reports on McCoy's death, Will admitted knowingly operating a day care outside the law.

"She felt the state had too many restrictions and she did not agree with them," one investigator wrote.

A weakness in state law

A spokesperson for DCF said these day care providers were breaking a law designed to allow informal child care arrangements that helped neighbors look after each other's children.

"I think the legislators didn't want to make that illegal," said spokesperson Joe Scialfa. "That's a tradition in Wisconsin of neighbors helping neighbors."

But that law creates big opportunities for illegal day cares to thrive and profit.

In the first nine months of this year, 42 day cares were cited by the DCF for their first offense of operating illegally.

Because those day cares are not licensed and exist off the state's radar, DCF knew about them only after someone complained or a child was hurt.

State Sen. Van Wanggaard (R-Racine) said the ability of for-profit day cares to exist in the shadows is one of the biggest flaws in existing state law.

"If they're unlicensed, we don't know they're there until somebody actually makes a communication and we're having a problem here," Sen. Wanggaard said.

That also allows illegal day cares to continue operating in violation of the law after a first offense.

Records show DCF issued 15 fines to repeat offenders in the first nine months of 2016. Two of them were caught breaking the law a third time, one was caught a fourth.

Sen. Wanggaard said these day care providers were clearly not working in the spirit of a law designed to help neighbors care for each other's kids.

"Three or under was a neighbor or a friend watching all those children. These individuals are doing this to make money," he said.

He also pointed to the limited penalties DCF can use to punish illegal providers.   Day cares caught breaking the law a first time are issued a warning letter.   After that, fines start at $100.   Criminal prosecution can only begin after a third offense.   Again, that only comes after children have been in potentially dangerous care.

Attorney Tim Whiting calls this a sign something in Wisconsin law needs to change.   In 2011, he represented the parents of Ries Lazzeroni. Ries was five-months-old when he died in an illegal Walworth County day care.

The day he died, Ries' day care provider was cited for being in violation of state law for a second time.

"They had fined that day care center for illegal operating practices and there was no follow up," Whiting said. "And the child we represented was killed."

With eight children dead, Sen. Wanggaard believes the time to fix the law is now.

"Not acceptable. Absolutely not acceptable," he said. "That's just showing us it's probably the tip of the iceberg."