First Look: The Milwaukee Streetcars under construction in Pennsylvania

Brookville Corporation in Brookville, Pennsylvania is manufacturing the vehicles alongside others for a future Oklahoma City line.

“We’ve got vehicles in multiple stages of production right now. Some are very close to being completed, final testing and those kinds of things," said Supply Chain Manager Ben Crane.

Brookville prides itself on American manufacturing. The streetcars have to be built with 70 percent American parts and labor because much of the system’s funding came from federal grants.

Vice President of Business for the company Joel McNeil says the train vehicles will exceed that requirement.

“We’re doing our part to keep American Manufacturing in this country,” McNeil said.

Like others in the “Liberty” line of vehicles from Brookville, the Milwaukee line will sport a lot of parts made in Wisconsin. 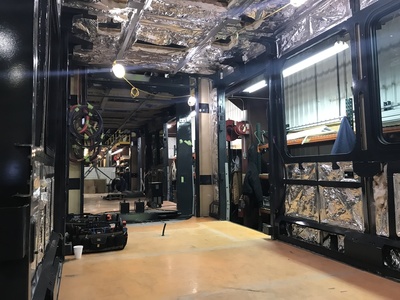 The company has had long-standing relationships with several Badger state companies. Milwaukee Composites, Fiber-Tech Incorporated, and AROW Global all have significant parts on the trains.

“The subfloor is what everybody is standing on, you’re looking through all the windows, the noses and skirting and shrouds are what make the vehicle look nice,”  Crane said.

Each vehicle consists of three parts. The “A” & “B” sections which house the motors and batteries, and the “C” section in the center which holds passengers and connects the train. It’s called the “Liberty” line because it has the ability to run on battery power alone. Which it will do in Milwaukee in designated spots.

“It will actually drop its panagraph and operate on its own power,” McNeil said. The “panagraph” is the arm that reaches from the train to the overhead power lines. 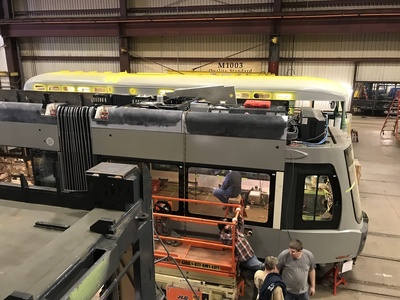 Of the $128 million total for the project. $69 million comes in the form of federal grants and $23 million will go towards the vehicles. The Milwaukee Streetcar officials expect to see the first vehicle arrive in the next month or so. They will begin testing of the line this summer and expect to have riders on the cars by late 2018.