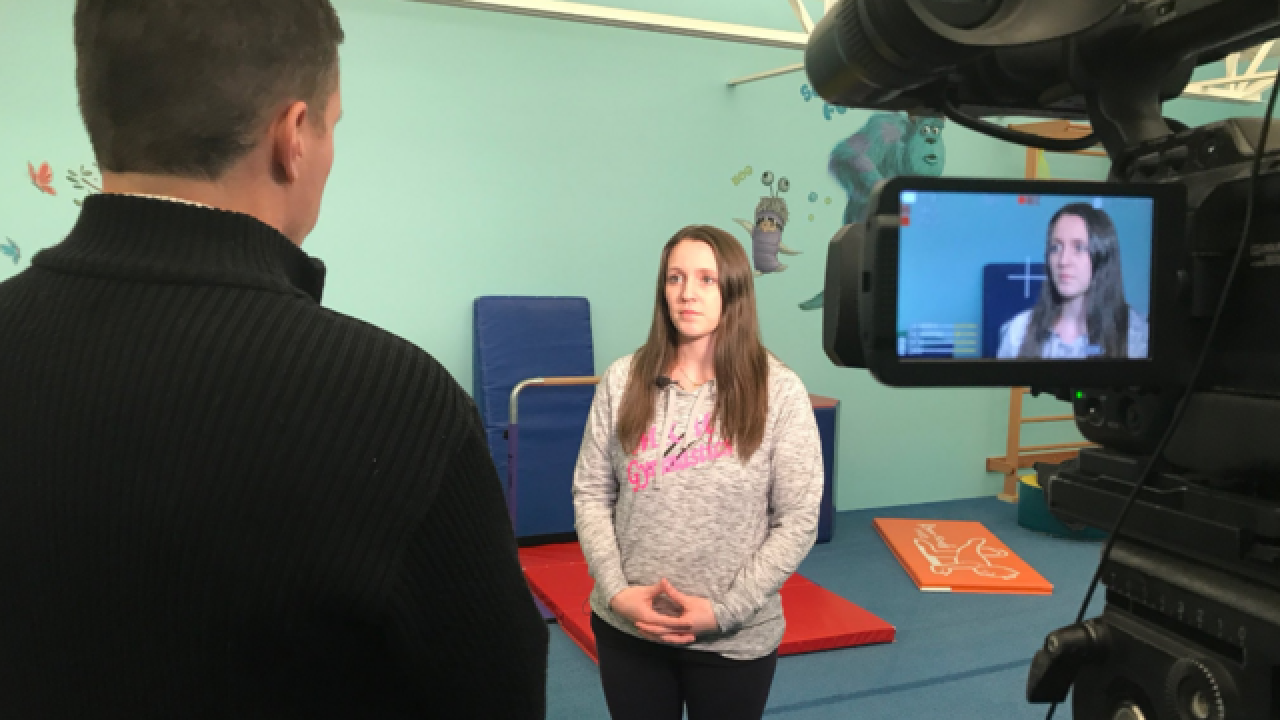 West Allis native and Olympic gymnast Chellsie Memmel was among the many athletes Larry Nassar treated over the years. Thankfully, she wasn't one of his victims.

More than 150 girls Nassar treated have spoken publicly about being sexually assaulted by Nassar, and many testified about their experiences at Nassar's sentencing hearing over the past week. The 54-year-old trainer was sentenced Wednesday to 40-175 years in prison.

Memmel watched in horror along with the rest of the country as the girls told their stories.

“I think that’s what makes it even worse, competing with them, training with them, to know that they went through this, and not having any idea and there was no way I could have stopped it. That hurts me and I feel so badly for them,” Memmel said.

It has been heartbreaking to watch and hear all of your stories. Your bravery and strength is incredible. To all the survivors, I cannot begin to imagine how you are feeling but I hope you can begin to heal.

Memmel was born into the sport of gymnastics. Both of her parents, Andy and Jeanelle Memmel, coached the sport and she began competing at 4 years old. By age 10, she reached elite status.

She first burst on the national scene in 2003 when she won five gold medals at the Pan-Am games including an all-around gold, but her 2004 Olympic dreams were shattered by a broken right foot.

However, she bounced back and continued her streak of success at the 2005 World Championships when she became the first woman to win all-around gold since 1994.

Finally, in 2008, her Olympic dreams came true, but it wasn't without adversity. In a horrific flashback to 2004, Memmel broke her ankle two days after arriving in China, but was able to muster up the arm strength to compete and win a silver medal in the uneven bars.

Memmel was very much a part of the national gymnastics team during her competitive years, which makes the Nassar revelations even more confounding for her.

“It took me a couple of days to process because that wasn’t the person I knew,” Memmel said. “Just so hard for someone that you are supposed to trust to take advantage of you is unfathomable.”

For Memmel and every other gymnast, overcoming adversity and injuries are commonplace, with over 86,000 gymnastics-related injuries treated in hospitals every year, and gymnasts rely on the promise, privacy and reliability of their physicians to get them through those taxing mental and physical trials in their life.

Many of the gymnasts who spoke out at Nassar's sentencing hearing pointed the finger at the USA Gymnastics for not taking care of a problem they believe the organization should have known about.

“There’s so much more that needs to be done from the organization as a whole in order to move forward and to regain the gymnastics’ communities trust, Memmel said. “I really hope they can do it as an organization, they need to be more transparent, they need to be stricter with everything, but there are so many good people in gymnastics, and that’s what gives me hope, because I know there are so many good people.”

USA gymnastics, I hope you will continue to make the significant changes needed so this will never happen again to the sport I love so much.

Nassar has pleaded for the sympathy of the women who testified against him, a request that was met with from his victims -- victims that Memmel hopes will be able to move on from their tragic experience.

“I hope that by all those women who got to say their pieces that they can begin to heal and know that they will not be hurt again by this person,” Memmel said.

Nassar began his career in 1978 as a student trainer for the women's gymnastics team at North Farmington High School went to study at the University of Michigan, and began working with the USA Gymnastics national team in 1986.

According to USA Today, the reason Nassar was able to roam free was because there was no reigns on where medical staff could be. Coaches, for instance, are barred by USA Gymnastic from being in the gymnasts living space. Medical staff are not.

However, that does not, and never will explain why Nassar was able to commit the heinous crimes he is guilty of, or why he was able to so negatively affect the lives of over 150 women who were training to compete for the country and sport they love.