Greendale man grateful to be alive after terrifying freeway crash 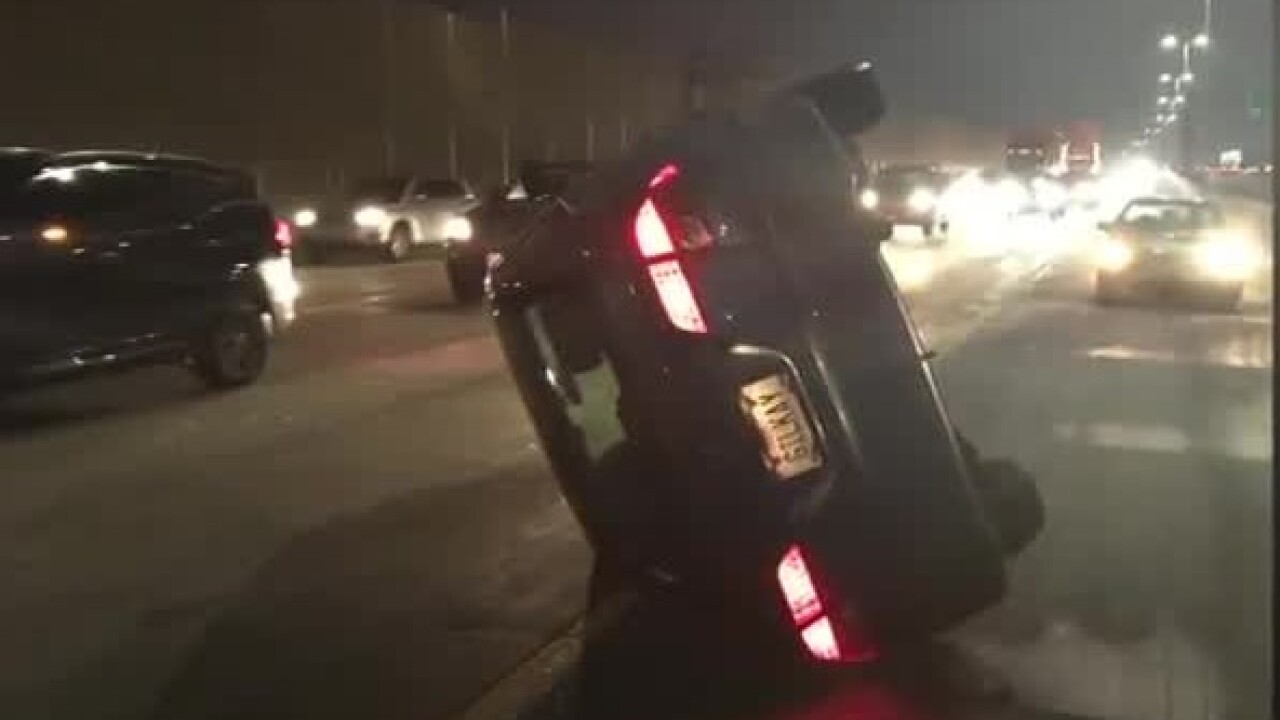 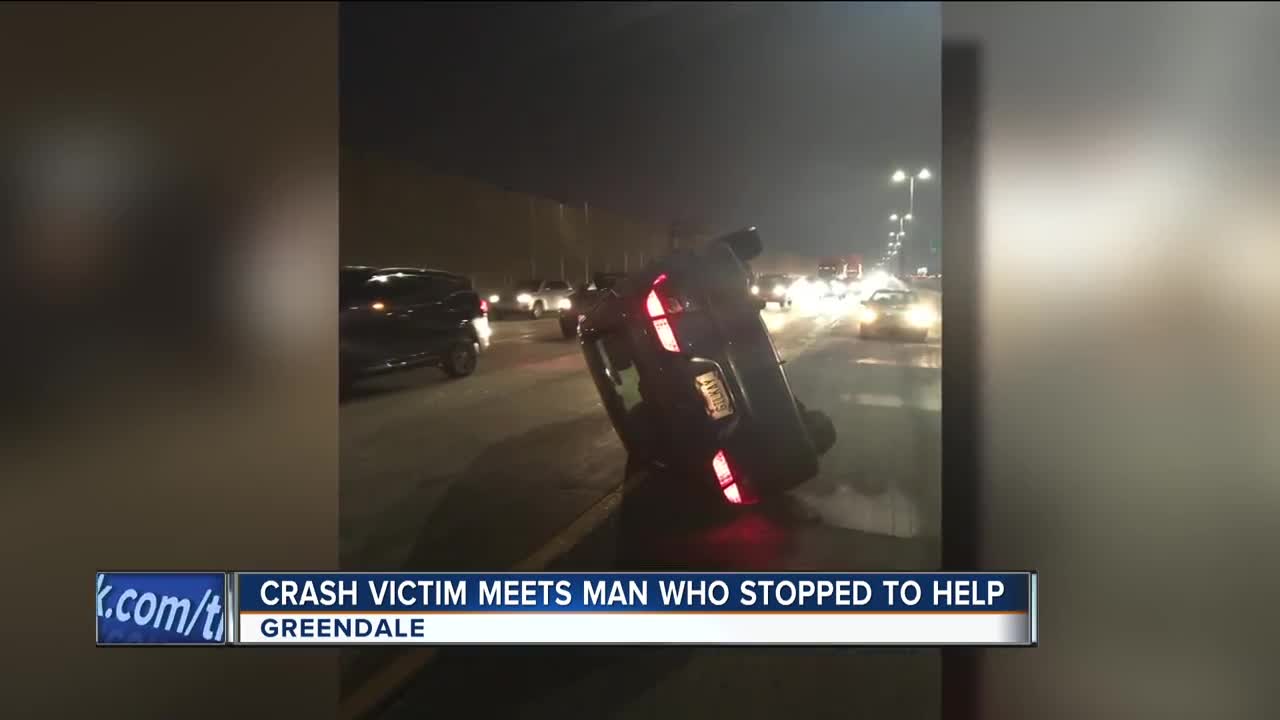 A Greendale man is grateful to be alive after a terrifying freeway crash Thursday evening.

Ryan Gilkay was coming home from work Thursday night. He was heading south on I-894 just before 5:00 p.m. He says he was between Greenfield Avenue and Lincoln Avenue when someone from the lane next to him suddenly swerved into his lane.

"A car to the right of me was braking for traffic, veered into my lane and clipped my car," Gilkay said. "I turned sideways. Before I knew it, I had my wheels off the ground."

His driver's side door was flush against the pavement. The windows were busted out and sparks were flying as he flew down the freeway out of control; his body just inches away from the pavement.

"It was easily the scariest 15 seconds of my life," Gilkay said. "Just not knowing where I was on the road, what was happening around me, having no control over the situation. It was terrifying."

He wasn't out of harms way though. His car came to a halt halfway in the shoulder and the road. During rush hour traffic, it was an extremely dangerous place to be.

"I didn't want to try standing up for fear of another car coming along and clipping me and making this worse," Gilkay said. "It was just a few quiet moments when all I could hear was my heartbeat."

The flash of headlights was all he could see as cars continued to go by. Until several people, strangers, were out of their own vehicles trying to help him out of his.

"I see a car flipped over on its side," Aleksandar Marjanovic said. "I feared the worst, I have to be honest."

Marjanovic was heading home from work at the same time. He didn't see the crash but saw the aftermath. He is currently working towards becoming a police officer so he knows how bad this looked.

But he was surprised when he got to the car.

"It was amazing," Marjanovic said. "The vehicle was flipped and when we pulled out Ryan, he was uninjured."

"I walked away without a scratch," Gilkay said. "I was incredibly lucky."

Gilkay says the whole time he was thinking of his family. He was terrified of dying and it being a lasting Christmas memory for his wife and two kids.

"You never know in an instant how quickly your life could change," Gilkay said. "I'm very lucky mine didn't. I have two little boys. It's right before Christmas. You don't want something like this to happen around Christmas time that your family always associates a holiday with something like that."

But the Gilkay family will be whole this holiday. While he credits his luck to making it through, he's eternally grateful for the three strangers, including Marjanovic, that selflessly came to his rescue during the season of giving.

"Having people there when I needed them most, just a group of strangers that came out of nowhere to help me, that's very indicative of what this season means," Gilkay said. "Tell your loved ones you love them. Let them know how you feel because tomorrow may never come and you never know."

Marjanovic says two other women were first on scene and also helped Gilkay out of the car. One woman was heading north bound on I-894, stopped and hopped over the barrier to help. Gilkay hopes they know how grateful he is for their help.