Wisconsin watched a lot of Netflix last year, but which show was the state's favorite? 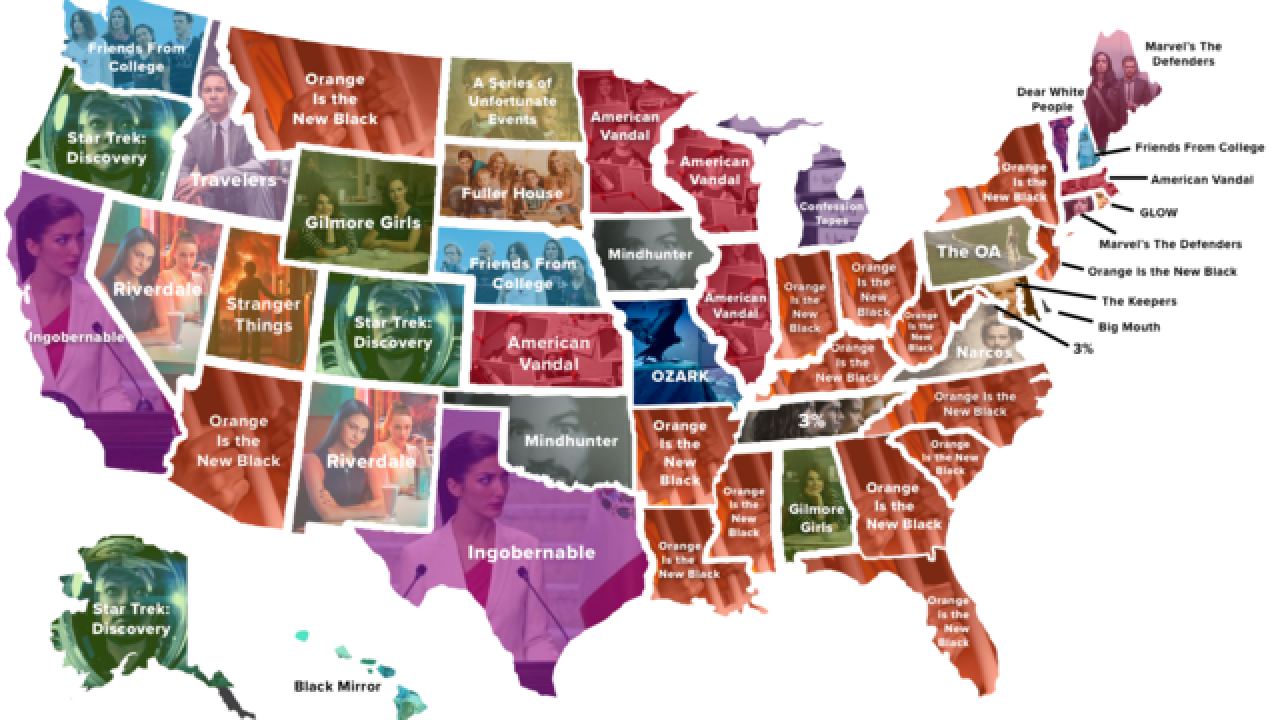 Copyright 2018 Scripps Media, Inc. All rights reserved. This material may not be published, broadcast, rewritten, or redistributed.
<p>Photo by highspeedinternet.com.</p>

Ever wonder what shows your neighbors are watching on Netflix? New data shows that if you lived in Wisconsin in 2017 they were most likely watching the Netflix Original "American Vandal."

A report from High Speed Internet compiled data on Netflix searches to find out what each state's favorite show was. Wisconsin's was "American Vandal," a mockumentary about a not-so-appropriate vandalism incident at a high school.

"Vandal" was a top choice for four other states, but the most popular show overall was "Orange is the New Black."

The drama set in a women's prison was the favorite for fifteen states in 2017, and in some cases, like in Arizona, it has remained in the top spot since 2016.

All states aside from Arizona moved on from their 2016 favorites and found something new to binge on in 2017.

Some other favorites include "Riverdale," "Friends from College," "The OA" and "Mindhunter."

"Orange is the New Black," "Narcos," "Fuller House" and "Stranger Things" were the only shows to make reappearances on the favorites list from 2016 to 2017.