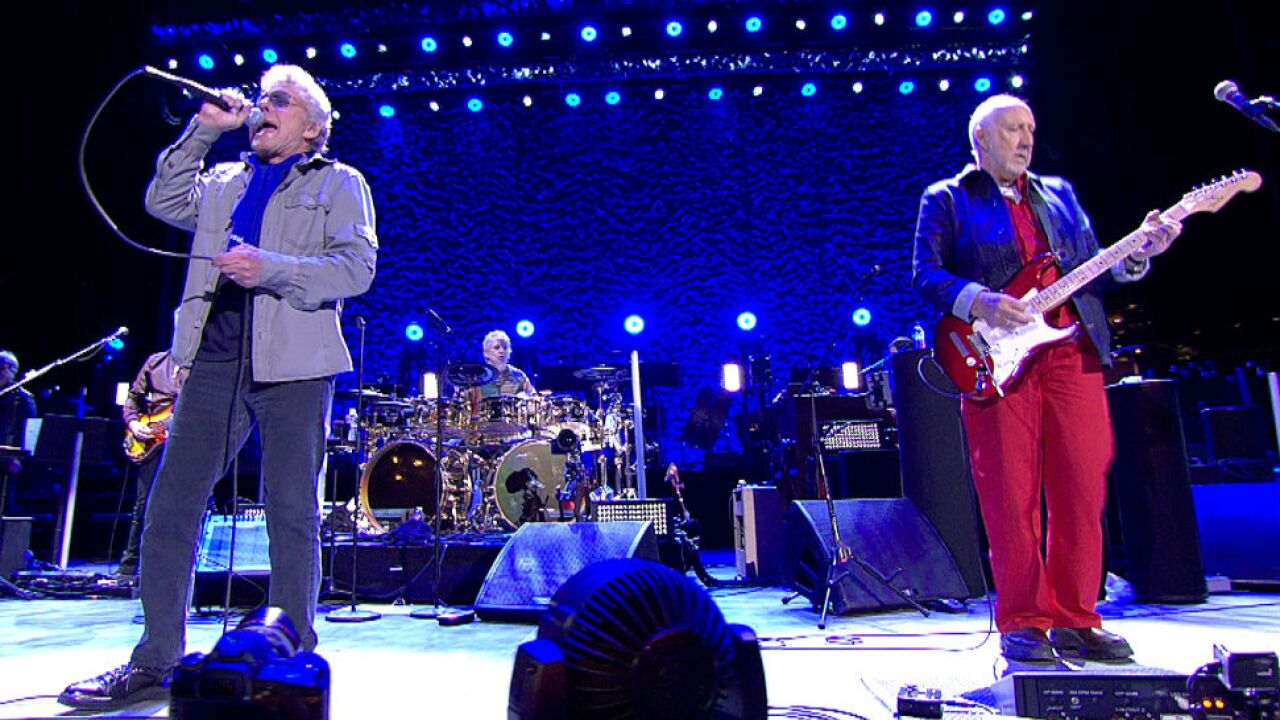 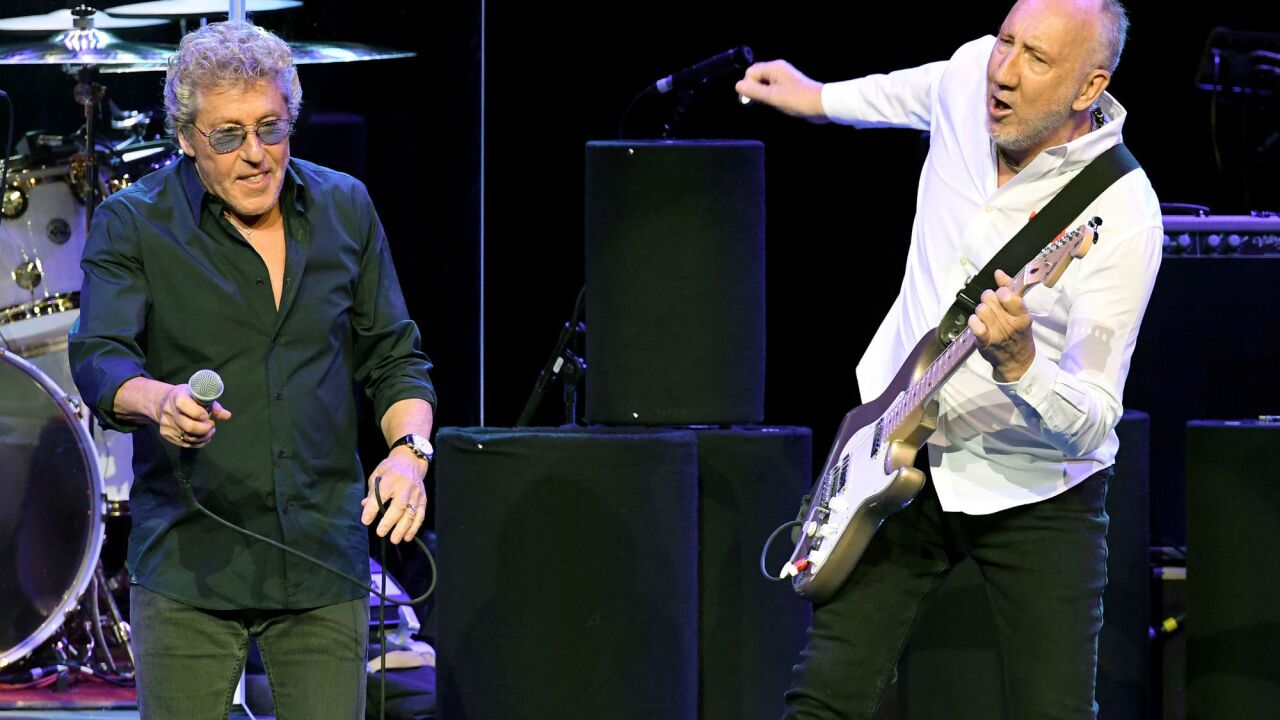 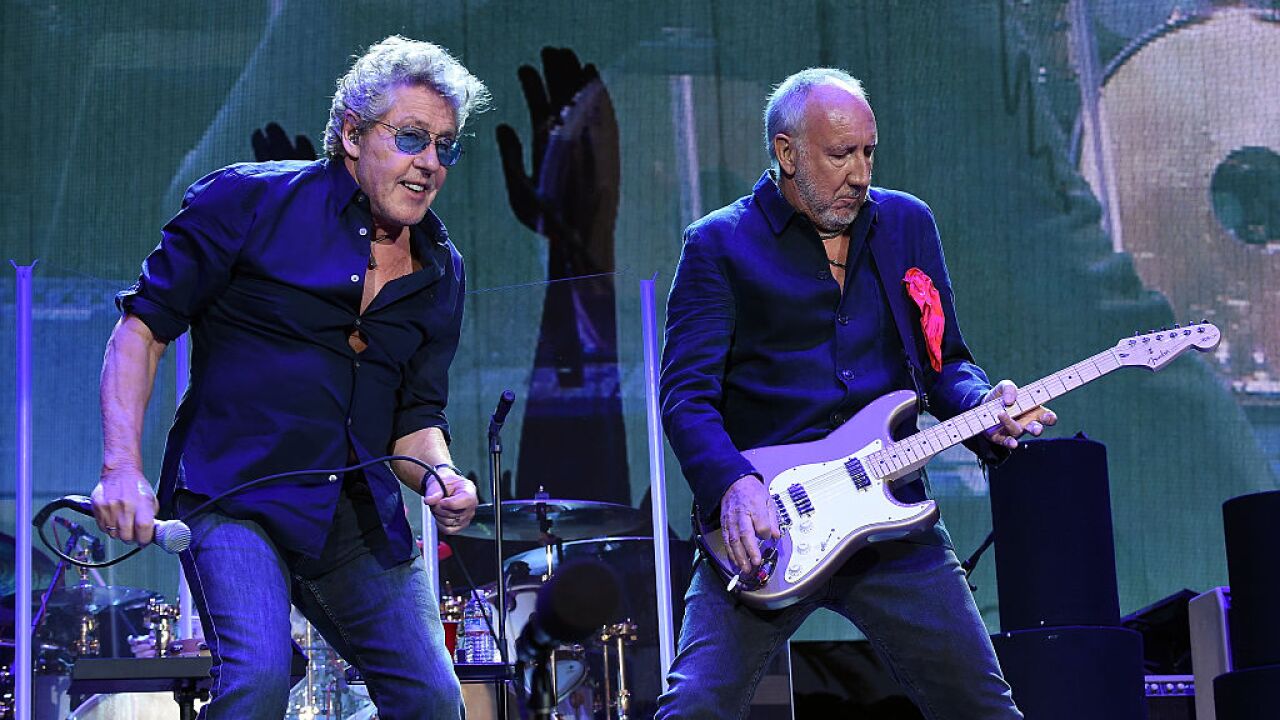 CINCINNATI — Forty years after 11 people were killed in a suffocating crowd, members of The Who say they want to put that dark day in the band's chapter behind them and provide some healing.

On April 23, the British rockers will return to the Cincinnati area for their first show since the tragic concert in 1979.

The Who will at BB&T Arena at Northern Kentucky University. About 11,000 tickets — all reserved seating — go on sale at 10 a.m. on Dec. 6, through Ticketmaster.

"It would be such a joyous occasion for us and such a healing thing, I think," Townshend said.

The Who said April 23 was their only free date, and BB&T Arena was the only local venue available on that date.

Daltrey and Curbishley expressed their eagerness to come back in these statements this week:

"It is right to recognize that the friends and families of those fans we lost that fateful night have not forgotten them," Daltrey said. "For many years we have been in contact and supported the Finneytown High School memorial foundation in memory of the three students they lost. After seeing the good work the scholarships provided by the foundation achieve, we have decided that a concert to raise funds for them will allow these to continue and create something positive in their memory way into the future."

"On that fateful night we lost family, not just fans," Curbishley said. "What happened has made me view the world around us in a vastly different way. My love goes out to all those families who lost someone. My thoughts have always been, and always will be, with you."

A portion of the proceeds from the concert will be donated to The P.E.M. Memorial Scholarship Fund . That fund was created in honor of three Finneytown students — Stephan Preston, Jackie Eckerle and Karen Morrison — who died in the crush of fans on the Riverfront Coliseum plaza.

The band's return figures to come as a pleasant surprise to many of The Who's Tri-State fans — including some families of the 1979 victims who told WCPO they had hoped for the day.

"I think it would be very cathartic for the band to play in Cincinnati again," said Scott Kirby, Morrison's cousin. "I think it would allow them to move past the memories and create new memories."

"They should come back and play. That would be lovely," said Tammy Hart Fales, a survivor who fell in the crush and barely escaped.

"I think it would go a real long way for them to come here and give some closure to those in need," said Guy Ninio, the first paramedic on the scene in 1979.

Why play Cincinnati now? Why did it take 40 years?

The Who's return was set in motion by a group of Finneytown graduates who wanted to honor their three schoolmates and by Daltrey's secret visit to the school in 2018.

One of the memorial committee members, Fred Wittenbaum, reached out to the band, not knowing how to connect with them but blazing a determined but uncharted trail through emails, texts and phone calls until he made contact with Curbishley.

Wittenbaum got Curbishley thinking about how to promote healing for the band and everyone touched by the tragedy.

Curbishley asked Daltrey and Townshend to make a video in which they shared their feelings about what happened. They let Wittenbaum show the video at Finneytown's annual memorial ceremony attended by 750 people at the high school performing arts center.

Wittenbaum asked the band to visit, but when that wasn't possible, Daltrey eventually agreed to come himself. On a July day with no school in session, no media around and only about two dozen people in attendance, Daltrey made an emotional, private, one-hour stop at the memorial, greeted and talked with family members and survivors, and paid his respects to the victims. Wittenbaum had his 17-year-old son Jeremy shoot video with his phone.

"They were so young," Daltrey gasped as he leaned over to look into a glass case filled with photos and family mementos of the three. Preston was 19, and Eckerle and Morrison were 15.

"I went to Finneytown last year, and I'm glad I did. I saw the wonderful work they've done with the scholarships (three per year) and for the people they lost at that school," Daltrey said. "And, you know, you have to go forward, and it released a lot for me. And I know it did for our manager, Bill Curbishley. I know it did. Because I did have the chance to thank him in front of the people who lost and so that helped a lot for us."

"Meeting the parents was incredibly rewarding," Daltrey said. "It lifted a load."

Daltrey, Townshend and Curbishey said they were moved by the welcoming response they got from the Finneytown community — first to the video, then to Daltrey's visit.

One of the committee members, Mike Simpkin, spoke to Daltrey at the memorial and addressed one of the band's concerns.

"'I want you to know that we never blamed the band,'" Simpkin said he told Daltrey. "And it affected him. I could tell he was struck by it."

"That's so wonderful," Townsend said. "You know, it's taken us all this time to get to the place where we could even consider it.

"I do think it also required a real push from the community in Cincinnati to make it clear they wanted us back for reasons of reconciliation rather than accusation. Rather than 'come back and pay your dues,' rather 'come back and be part of our family," said Townshend.

"And that's the message that we're getting now and it has taken a long time for everybody to get to that place."

Townshend acknowledged that not everybody would want The Who back in town.

"But damned right! So they should be," Townshend said. "So we can come and be a part of that, too."

Townshend said he hadn't realized that The Who had never returned to Cincinnati.

Daltrey also said he didn't know why the band had played every other city in the region – including Dayton, Columbus, Cleveland, Louisville, Lexington and Indianapolis – but not Cincinnati.

"I don't know why we haven't been back. Maybe we've never been asked. Bands never handle that (part) of what they do," Daltrey said.

No matter. Clearly, now is a better time.

"Well, good God, one hopes something good can come out of it," Townshend said."The fact that the families and members of the community in Cincinnati have put a foundation and a scholarship and endowment for this is probably one of the nicest things you can do to remember the people who died - and the people that were hurt and traumatized, because it must have been traumatizing as well."

"You know, what I think The Who and their management and their record company and the promoters and everyone involved did not do was support the people who were hurt. I don't think they did and I think the opportunity now is to do that in a very, very simple way. Come and play. Do what we are good at. Entertain and show that we can do that without accidents. And hopefully support the foundation."

To commemorate the 40th anniversary of the tragedy, WCPO combined interviews with The Who, concert survivors and family members of the victims into a one-hour documentary, "The Who: The Night That Changed Rock."