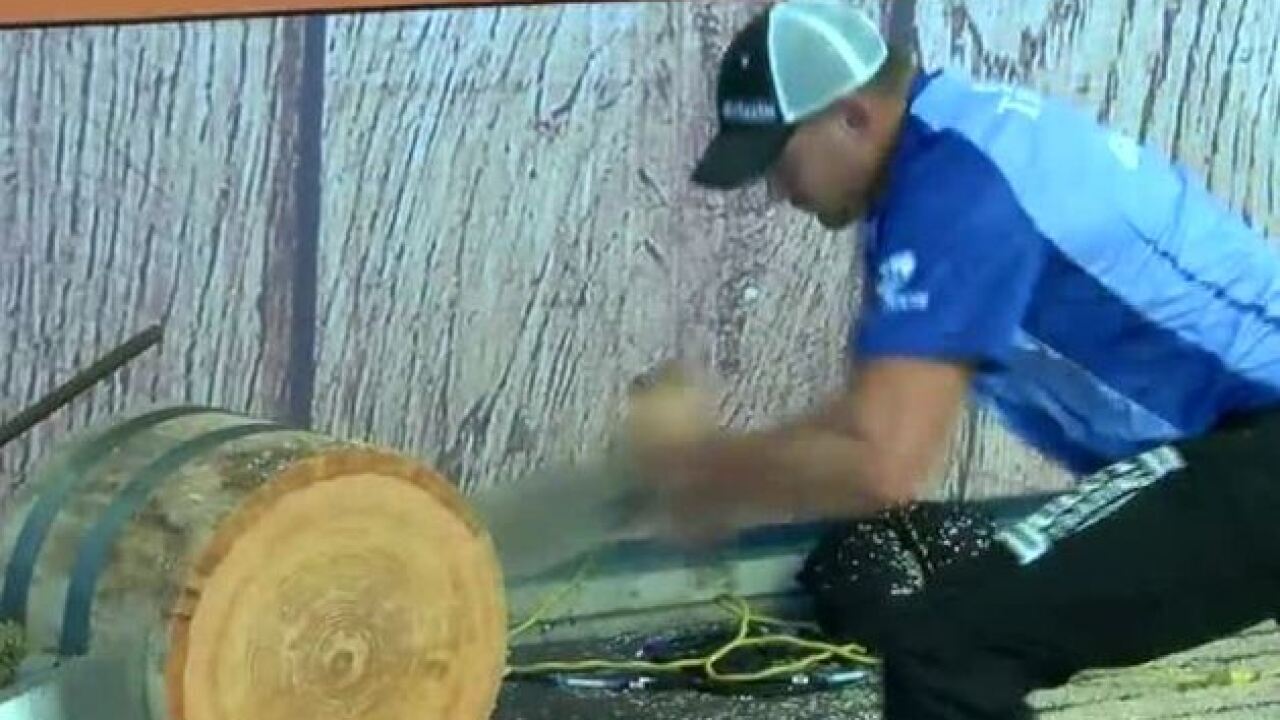 Beer, brats and brawn. Two are normal at German Fest but the third is brand new. The Stihl Timbersports Championship is coming to Milwaukee for the first time.

"We're happy to be here," Roger Phelps, Communications Manager for Stihl Incorporated said. "German Fest, we're a German company. We're excited to be here. We feel like we're among our own people."

But these lumberjacks competing aren't flannel-clad men who just swing an axe. They are chiseled athletes that would look more suited on a football field than the BMO Harris Pavilion stage.

"In every aspect of an athlete, you're using your agility, your strength and endurance," Four-time reigning champion Matt Cogar said. "You go all out in each event and discipline."

Cogar showed off why he's the four-time reigning champ, swinging his axe with ease through a block of wood; chopping it in half in seconds. But even for a guy who has been there before, he still gets a smile across his face when he gets that last blow.

"The sheer enjoyment of bashing through a log," Cogar said. "When the log comes off you can't help but smile."

Cogar is one of 20 athletes competing this weekend. He's doing this full-time now and it's for good reason. The first place winner of the competition this weekend will take home a Dodge Ram 1500 as well as some prize money. But most of them are just normal guys who swing an ax really, really well.

"I lay city water line for a living and work in a ditch," Jason Lentz said. "I hold on to a shovel and lay pipe."

But being a "wood chopper," in his words, is in his blood. He's a fourth generation lumberjack and he takes great pride in his passion and puts in plenty of hours honing his craft.

And just like any other sport, his dad has his input.

"I live about a mile from him and we train," Lentz said. "He does my hot saw chains for competition and tells me what I do wrong and watches videos of me and gives me a hard time."

Lentz is a towering figure. He's quiet, but is certainly intimidating. Especially as he chewed through a piece of wood with the single buck saw.

During the showcase, he didn't seem to struggle whatsoever. But Phelps says they call this event the misery whip because it can be one of the most physically taxing.

"The thing is, these guys are true professionals," Phelps said. "They make it look easy. It's not."

Fans can catch the competition this weekend at the BMO Harris Pavilion at German Fest. They can also try their hand at a number of lumberjack activities like climbing and log rolling against some of the world's best.