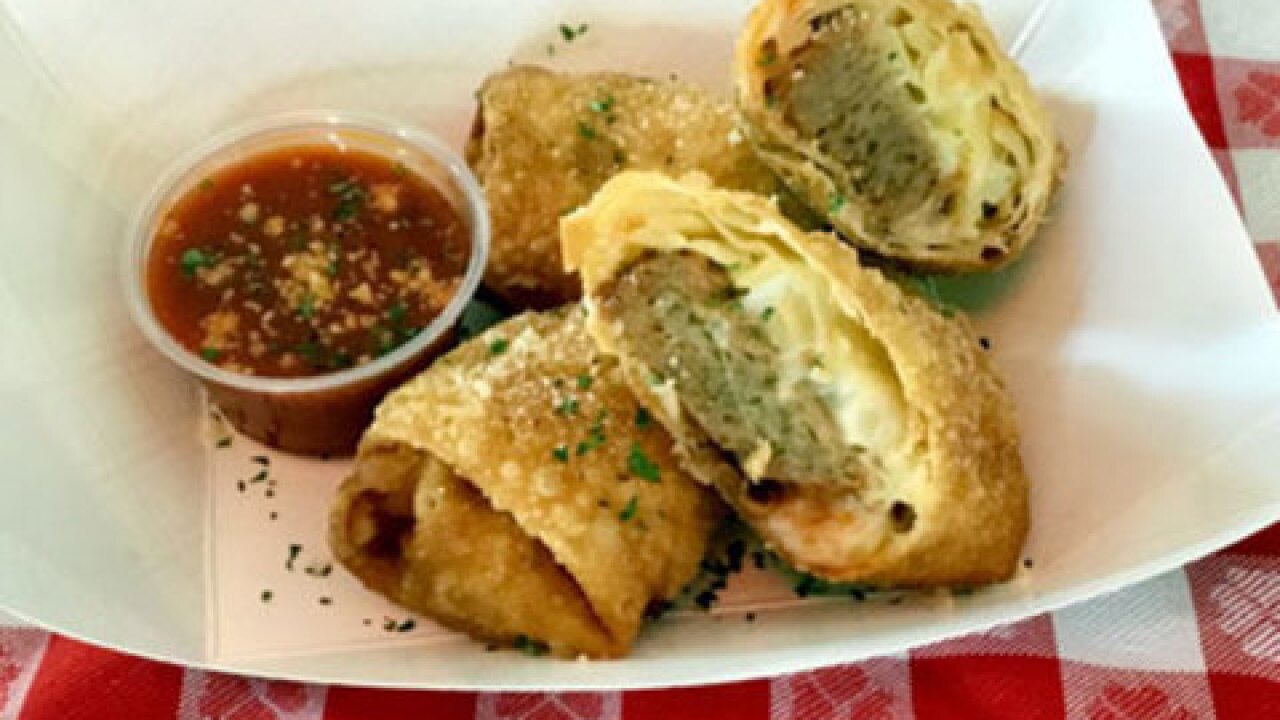 For the fair, the restaurant's famous dish was rolled up into a wonton wrapper and—of course—deep fried, and served with marinara sauce. The dish was also a finalist in last year’s Sporkies.