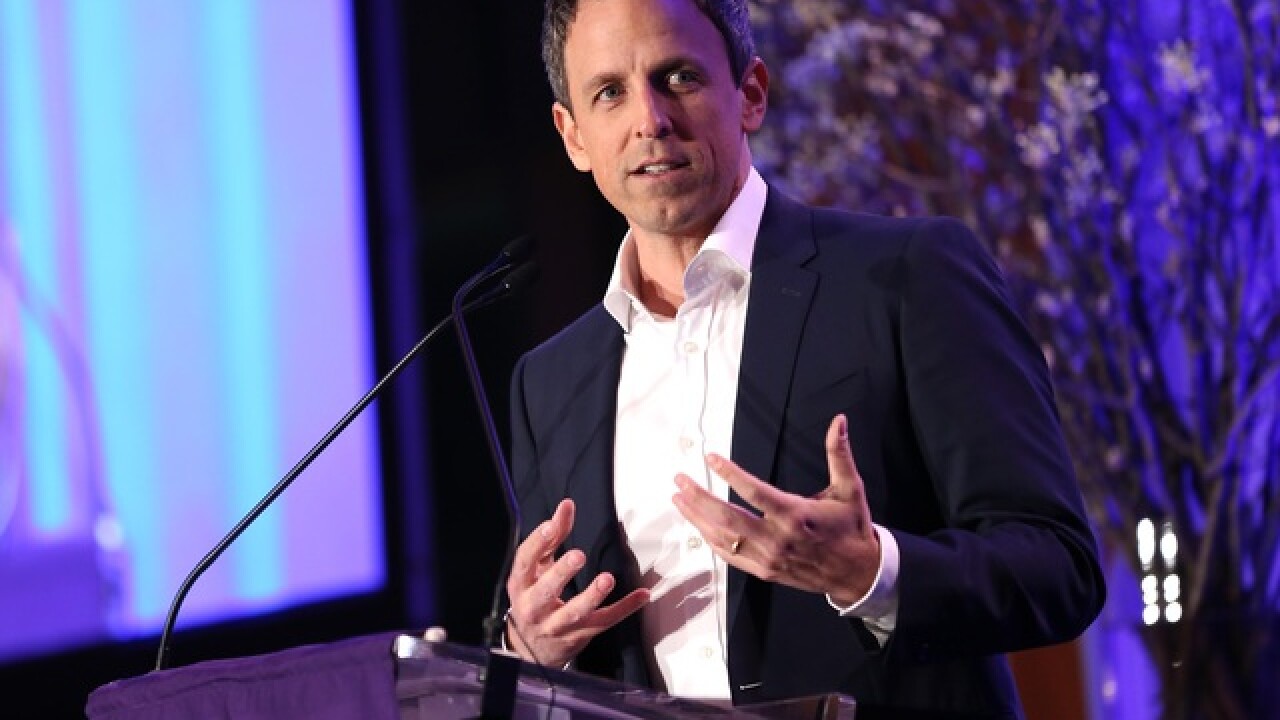 (CNN) -- Seth Meyers told his "Late Night" audience Monday that when his son, Ashe Olsen, was born two years ago, they worried he might arrive in an Uber.

Meyers shared the dramatic story of how his new son, Axel Strahl, was born Sunday in the lobby of their New York apartment building.

Meyers said his wife, Alexi Ashe, progressed pretty quickly in her labor and told him and their midwife she wasn't going to be able to make it to the car.

Meyers and their doula tried to assure her she'd make it to the hospital, the comedian recalled.

"I'm trying to calm her down," Meyers said. "I know because I've been through exactly one birth. I'm like, 'This happens all the time.'"

But Alexi Ashe assured them the baby was coming -- and actually already had arrived, Meyers said.

"I looked at my wife, and the only way I could describe was she looked like someone who was hiding a baby in a pair of sweatpants," Meyers said laughing.

Meyers shared a photo of the New York Fire Department personnel who arrived and thanked them, as well as the New York Police Department, their midwife, family members and their building's doorman.

The late-night host joked that he and his wife will tell Axel he got his name because firefighters were present at his birth. Actually, they just liked it, he said.

Meyers was a bit more serious talking about his new son's middle name, which honors his wife's grandparents, Holocaust survivors who met a day after they were liberated.

He also got emotional thanking his wife.

"I'm getting choked up thinking about how brave I was," Meyers joked.